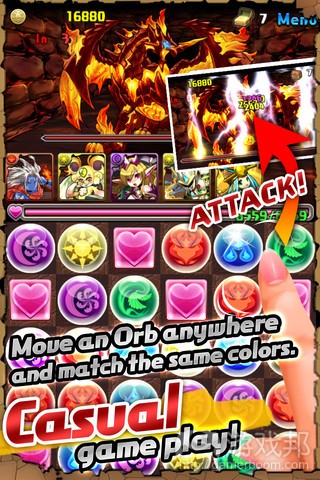 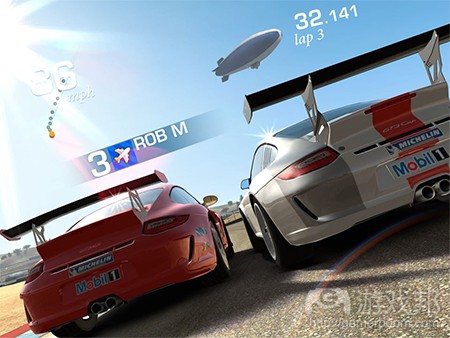 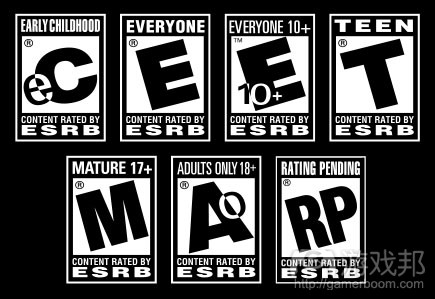 I don’t want to hype the RPG/Puzzle hybrid even more here, but I do think it’s definitely noteworthy that maker GungHo’s market cap is going through the roof.

To recap, I wrote four weeks ago that the company’s market cap eclipsed that of Zynga.

One week ago, I highlighted estimates based on GungHo’s recent financial report that Puzzle & Dragons is making US$54-75 million in sales – per month: an almost unbelievable number (here are some pointers how this is possible).

The game now counts 9 million users across iOS and Android in Japan.

By way of comparison:

Zynga is currently listed with a US$2.5 billion market cap.

GungHo has even outpaced GREE, which currently stands at “just” US$2.9 billion. (Mobage operator DeNA‘s market cap stands at US$4.3 billion).（source：serkantoto）

Kantar Worldpanel ComTech says Windows Phone-powered devices are increasingly rising in popularity among Brits. 700,000 new consumers adopted the line over the past year to encourage a 240 per cent user share increase over the 12-month period.

That said, the surge only takes the OS to a 6.2 per cent UK smartphone market share, but it’s an important rise on the 2.4 per cent share from January 2012. The increase has likely been supported by the new WinPho 8 line of devices from Nokia and HTC.

Meanwhile, Android and iOS continue to dominate in the region with a 56.2 and 30.6 per cent share respectively, as BlackBerry falls to 5.8 per cent from 15.7 per cent.

Dominic Sunnebo, global consumer insight director at Kantar Worldpanel ComTech, said: “Nokia is spearheading this growth, with the Lumia 800 the leader among the Windows handsets.  However, it is not the only manufacturer benefitting from the increasing popularity of Windows.  HTC’s 8X is now the third bestselling Windows device in Great Britain, demonstrating the clear cross-manufacturer opportunity of the platform.

“With Windows now holding respectable market shares across most major European countries, a key question is who is losing out?  In Great Britain, 17% of new Windows customers switched from Android, 26% from Symbian, 6% from RIM and just 2% from iOS.  47% were first time smartphone buyers.

“Understanding the source of growth for the Windows platform is crucial to devise and implement the right marketing and sales strategy. The fact that nearly one in five new customers switched from an Android device should give Microsoft, and its partners, confidence that its OS has what it takes to bring the fight to more established platforms.  As almost 30% of its customers switch from rival OS’s, the worry that Microsoft will have to rely on attracting the dwindling pool of first time smartphone buyers to drive future growth is reduced.”（source：mobile-ent）

Zynga is also closing its McKinney, Texas and downtown Austin offices but these teams will relocate to Zynga’s Dallas and North Austin offices.

The total amount of employees that were let go is not clear at this time but Ko’s statement claims that overall the layoffs will affect approximately 1 percent of Zynga’s workforce.

As we’ve recently reported, Brian Reynolds who headed the Baltimore studio, left Zynga in late January.  Reynolds and the Baltimore team worked on games like FrontierVille and CityVille 2.

The closing of the Baltimore team follows Zynga’s recent decision to shut down CityVille 2. As Zynga CFO Mark Vranesh said earlier this month during the company’s earnings call:

“CityVille 2 missed our expectations despite pushing the envelope in 3D gaming and both The Friend Game and Party Place failed to achieve the mass market appeal Zynga franchise are known for.”

We last heard of large-scale layoffs at Zynga back in late October, when the company let let more than 100 employees go from its Austin office.（source：insidesocialgames）

The official launch of EA’s Real Racing 3 may still be days away, but the debate over the publisher’s decision to take the previously premium franchise free-to-play continues to gather pace.

The latest piece of coal dropped into the fire comes courtesy of sister site 148Apps.com, which has calculated just how much money players will need to spend if they want to use in-app purchases to acquire the game’s entire library of cars.

Doing so is a necessity. Each car comes with certain challenges locked to it, meaning completing the game fully requires the player to either buy or unlock in play every one of the 46 cars on offer.

Startlingly, if they opt to open up their wallet, they may find themselves spending in excess of $500 to do so.

“Our numbers show that it would take over 472 hours to earn enough money to buy all of the cars in the game,” details 148Apps.com founder and regular PocketGamer.biz contributor Jeff Scott.

“Or to purchase all of the cars with real money via in-app purchase, it would cost $503.22 at the current best rate.”

Scott claims players looking to avoid spending real money would need to finish 6,801 races in an average time of 4 minutes and 10 seconds per race in order to earn R$3,700 a time.

That would take around 472 hours – almost 20 days – of play in order to generate the more than R$25 million required to buy all 46 cars – a figure that doesn’t include any cost for repairs, maintenance or upgrades.

A matter of balance

Paying out through in-app purchases, then, would appear to be the most likely option for many players, and while it’s possible many would only choose to pay for a portion, those who look to unlock cars instantly will find themselves parting with a small fortune.

“It seems extreme to think that players have the choice of playing for well over 400 hours or paying over $500 to unlock everything to complete the game,” concludes Scott. “Or most likely, some combination of the two.”（source：pocketgamer）

5）Harris Poll: 58 percent of adults believe in a correlation between video games and violence

Nearly three in five adult Americans (58 percent) believe that video games contribute to violent behaviors in teenagers, according to a Harris Poll survey that interviewed 2,278 U.S. adults. Additionally, 38 percent said that they know nothing about the Electronic Software Rating Board’s (ESRB) system for labeling the maturity level of games. Yet 33 percent of the adults surveyed let their children play whatever they want.

“The findings underscore the lack of awareness Americans have about the video game rating system, as well as the confusion in the market,” Harris Poll president Mike de Vere said in a statement. “They also factor into a larger discussion playing out across our country and on a political stage around how violent games impact our youth, with President Obama recently announcing his desire to look into ways to fund research examining the impact of violent video games on children.”

The Harris Poll ran this survey independently. No outside corporations or interests funded or requested the research.

While more than a third don’t understand the rating system, 66 percent of households with game-playing children use the ESRB’s age guidelines to help make purchasing decisions. Only 14 percent of Americans claimed to fully understand said guidelines while 18 percent said they understood a lot of it.

Nearly half of those surveyed (47 percent) are not at all confident in the ability for the ESRB ratings to keep mature games out of the reach of kids. Only 32 percent are confident that the game ratings can do so. Americans have more faith in the movie (49 percent) and TV (39 percent) ratings systems.

Of course, that concern doesn’t actually correlate with reality. The Federal Trade Commission’s (FTC) own studies consistently reveal that the games industry is the better at enforcing its age-rating system than movies and music.

That is a significantly higher enforcement rate than even R-rated movie tickets, which allowed one out of every three underage moviegoer to see a potentially violent film.

That’s not to say that young gamers can’t get their hands on violent games. Clearly they can as this study reveals that parents are willing to buy the games for their children, which is no fault of the industry.

Harris Poll will release the full results of the survey on Wednesday.（source：venturebeat）