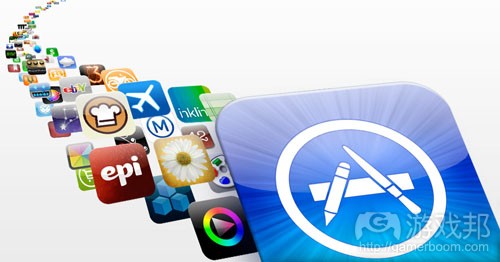 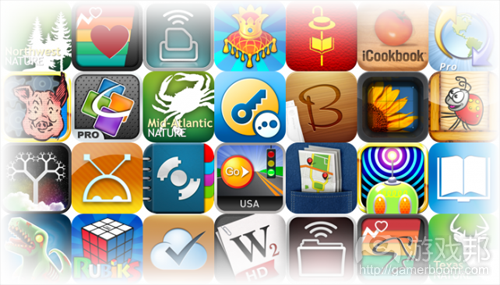 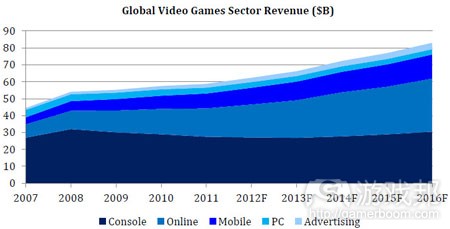 Figures made available via adeven’s free online tool – apptrace.com – revealed that 359,764 new apps were released into the App Store last year, with November boasting the biggest number of new releases (39,313) and July being the slowest with just 22,483.

Elsewhere, adeven’s review of 2012 revealed that pricey apps in the region of $999 doubled, with 16 of the currently available 38 hitting the market last year.

Meanwhile, ‘zombie apps’ were also on the rise last year, particularly in December, with 64 per cent of apps not securing a ranking for most of the month. This represents a significant rise on June’s 60 per cent, indicating a growing competitive element in the App Store for an app to rank and be noticed.

Via apptrace’s sentiment analysis, Work Seek HD by Idealix was crowned as the all time most addictive app, with a rating of 54.5 per cent across all versions and a current version rating of 46 per cent.

The most positively reviewed app was Zulily by Zulily, which won with a positive rating of 85.6 per cent across all versions, with a current version rating of 90 per cent.

“We reviewed App Store results over the past five years and noticed a steady linear increase in the number of App Store apps, indicating that there will be over 435,000 new apps in the App Store by the end of 2013,” said Christian Henschel, CEO, adeven. “Naturally anything could happen to the industry, but we think these numbers are a fair prediction and an indication of the continued growth in the industry.”（source：mobile-ent）

“We’re not a one-hit wonder. We never were and we are not a one-trick pony,” said CEO Perry Tam, who says their network encompasses about 200 million devices. “This is what has allowed us to grow steadily, consistently and remain profitable.”

Like many of the casual game developers that were early to Android and iOS, the company isn’t known for having the most unique titles. They’re all takes on proven genres like iMobsters (a mafia game) or Pet Shop Story and Fashion Story from the company’s casual label TeamLava.

But they were early to market — to both Android and Amazon’s Kindle platform — and they create games quickly and aggressively. They moved into social casino and arcade games recently with games like Bubble Mania and Slots. They’ve continued to grow headcount and reach even as younger gaming companies like Finland’s Supercell have emerged and crowded others out of the very top of the grossing charts. App tracking site AppAnnie, which compiles rankings and revenue, said they were the ninth biggest game developer by revenue on iOS with about 40 apps.（source：techcrunch）

The mobile app economy continued to show impressive growth in 2012, with Apple’s App Store maintaining its course, while its rival, Google Play, was able to make some significant gains. A

November report from mobile analytics firm App Annie showed that, while iOS revenues still hold a lead over its rival, Google Play revenues were up 311 percent overall from January 2012 and downloads were up 48 percent. And today, Darrell touched on a new year-end report from mobile analytics firm adeven, which expects the iOS App Store to add over 435,000 new apps to its roster in 2013, up from around 380K in 2012.

With the onslaught of apps likely to continue, this only serves to highlight two of the biggest problems facing the app economy in 2012 (and going forward): Discovery and revenue. Both go hand in hand, as undercooked discovery mechanisms have played a hand in what has become an imbalance of wealth, with app store riches being dominated by top developers. A recent report from Canalys found, for example, that just 25 developers accounted for half of app revenue in the App Store and Google Play.

Today, Research firm research2guidance published its own year-end report, offering key findings that found that, while the app economy continues to grow at an impressive speed, we may be closing in on a period of plateau-ing growth for mobile apps.

The report found that the number of new apps in the world’s major app stores has now exceeded the demand for these apps, which has led to diminishing returns in revenue and is now beginning to reflect the role of paid content on the Web — that is, that it’s become an increasingly less profitable business model over the years.

Research2Guidance’s Markus Pohl tells us that the market for paid application downloads reached $8 billion in 2012 in the top five app platforms, representing an increase of 27 percent compared to 2011. In the meantime, however, average revenue for paid apps decreased by 27 percent from $26,720 in 2011 to $19,560 in 2012.

These projections (which include the fourth quarter of 2012) are derived from Research2Guidance’s data from the last complete quarter, i.e. Q3 2012, in which the report finds that 179.7 million smartphones were shipped — 16.7 percent more than in the previous quarter.

In addition, smartphones’ share of total mobile device sales increased to 40.4 percent from 36.7 percent, in which Samsung managed to exceed 31 percent of the total market share — the first time it has owned nearly one-third of the market. At the same time, Nokia dropped out of the top 5 smartphone vendors.

Meanwhile the total number of smartphone and tablet applications published reaching nearly three million in Q3 2012, while the iOS App Store had 951,890 apps at the end of Q3, while Google Play had 453,719. The average paid app selling price stood at $2.82, with revenue accrued from paid app downloads hitting $3.4 billion in Q3, and downloads totaling 12.4 billion.

Another notable development for the quarter, indicating a trend over the course of the year? During Q3, Android was again the only OS to significantly gain marketshare, rising 5.3 percent, while Apple’s marketshare dropped 2.3 percent.（source：techcrunch）

There’s nothing better to start the year than with some good old predicted numbers.

And investment bank Digi-Capital has provided some.

It reckons the entire games business could be worth $83 billion by 2016, with mobile/social games accounting for 57 percent of this, or $48 billion.

This is because the sector offers high growth levels – more than 100 percent annual – and high profit margins – 20-50 percent.

Digi-Capital thinks the online/mobile sector is currently worth around $31 billion, or 49 percent of total revenues.

In terms of investment activity, 2012 was a record with $4 billion spent on mergers and acquisitions.

The leading sector was online PC games, accounting for 38 percent of the total in terms of the average value of a transaction, with mobile in second place at 27 percent

Seven of the ten biggest deals came from Chinese, Korean and Japanese companies; notably GREE, DeNA and Nexon on the mobile side.

Indeed, Digi-Capital points to the region as being the longterm driver of revenues.

It predicts Asia Pacific could account for 66 percent of online and mobile game revenue by 2016, with Europe taking 21 percent.（source：pocketgamer）

5）Running With Friends: Zynga’s run in with another popular genre?

Whoa, did you see that? I think … I think that was Zynga running headfirst into yet another popular game genre. According to The Next Web, that’s exactly what it was. The creator of FarmVille has released a new member of the With Friends family (e.g. Words With Friends, Scramble With Friends) on the Canadian App Store, Running With Friends.

If your mind already raced to the phrase “endless runner,” then you’re right on the money. In the same vein of genre classics like Temple Run, players of Running With Friends are in the middle of fleeing from the bulls of Pamplona. (Actually we’re kind of surprised no one has taken that approach yet.) In short, this is a third-person, 3D endless runner … ’nuff said.

The Next Web reports that Running With Friends is available on the Canadian App Store as of this writing, but it appears that it has already been taken down. Unfortunately, all hard evidence we have of Running With Friends is that image and multiple reports. Given that Temple Run 2 just launched to fervor, it shouldn’t be much longer before the pistol goes off.（source：games）