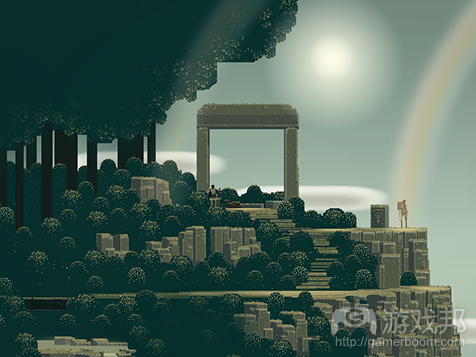 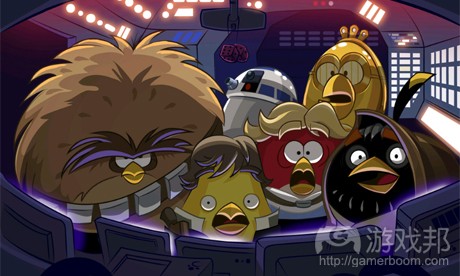 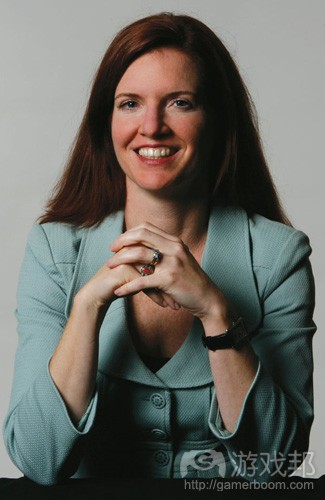 You can’t make money on Android. That was a common belief in early 2012 among developers, and it was probably true. Developers complained about more pain (fragmentation) for less gain (weaker monetization) than Apple’s iOS platform offered. Reports suggested that for every dollar studios generated on iOS, they only produced 24 cents on Android.

By some measures, those numbers have tightened, and the studios that found success on iOS are porting software to Google’s mobile operating system. Capybara Games did exactly that with its Superbrothers Sword & Sworcery EP. At one point, the help section on Sword & Sworcery’s webpage explained why the game would never come to Android. Now that the game is available on Google Play, GamesBeat asked the developer how things turned out.

“We’ve been really happy with Sworcery on Android so far,” Capybara Games president Nathan Vella told GamesBeat. “The combination of being part of the amazing Humble Indie Bundle for Android 4 – alongside some of the raddest Android games — and a great feature on the Google Play Store resulted in pretty solid download numbers.”

Capybara decided to introduce the Android version of its 2D adventure game in a Humble Indie Bundle. The Humble Bundles are a collection of games sold under a choose-your-own price model.

The Humble Android Bundles nearly always introduce a handful of games that are completely new to the platform.

A few weeks after the bundle, Capybara released the game on Android’s Google Play market. That store prominently featured the game in one of its prime front-page slots.

“The fact that the Android version has only been out for four weeks on the Google Play Store and has been downloaded well over 50,000 times goes to show that, while we’re not talking about a sales landslide, especially in light of a game like Temple Run 2′s iOS mega-numbers that came out today, there’s still room for cool paid games on Android,” said Vella.（source：venturebeat）

Talk about a runaway train – the phenomenon known as Temple Run expanded late last week with the launch of Temple Run 2 on iPhone and iPad. While we all expected the game to be successful, even the folks at Imangi Studios probably never saw this coming. According to initial data, Temple Run 2 was downloaded 20 million times in its first four days on the App Store, with six million of those downloads coming within the first 24 hours.

While the game’s free-to-play price tag definitely helps push the download rate higher, it’s not as if the game isn’t making any money. As of this writing, the game is the #2 Top Grossing app, just behind Clash of Clans.

“The response from fans has been overwhelming,” says Keith Shepherd, co-founder of Imangi, via a company release. “We are thrilled players want more of the Temple Run universe, and we hope to grow and expand the game over the coming months.”

Over 210 million sessions have been run since the game’s launch, with a combined total time of 1,775 years of gameplay across all of the game’s early adopters. The first Temple Run has been downloaded 170 million times across the iOS App Store, Google Play and Amazon for Android, so it will be interesting to see if and when Temple Run 2 can cross that mark and become the most successful entry in the franchise to date. Android gamers will be able to help the stats soon, as Temple Run 2 is scheduled to launch on Android later this week. Oh, the suspense.（source：games）

3）Rovio Titles Among The Most Addictive Games For Kids, Study Finds

Despite a burgeoning market filled with educational children’s games and apps which aim to turn smartphones and tablets into tools for learning, when it comes to time spent actually playing games, kids are still gravitating to games that are more “fun” than instructive. At least that’s what the folks at Kytephone recently discovered. The startup, which offers tools that turn Android phones into kid-safe devices with parental controls, found that Rovio’s Angry Birds Star Wars is the most played game since its release, and several other Rovio titles top the charts in terms of time spent gaming.

Kytephone pulled this data from a sample size of 13,000 children, aged 8 to 14 years old,  located in over 70 countries. Kytephone co-founder Anooj Shah says the team didn’t find any major differences in app usage between regions. “Everyone seems to love Rovio games, regardless of where they live,” he says. The company looked at this data during the holidays and then again in the new year to see if anything had changed.

The most popular games, in terms of time spent playing, were as follows:

In the beginning of January, usage changed slightly, and Kytephone saw an increase in Bad Piggies, which then moved to become the most addictive game. The top three games now remain Star Wars, Bad Piggies and the original Angry Birds.

These figures are a different way of looking at the kids’ mobile gaming market than those studies where only downloads or even “actives” are measured, because Kytephone’s rankings are based on how long kids are playing these games, not necessarily how often. But to be clear, they’re not representative of an overall mobile trend in children’s gaming, since Kytephone is currently an Android-only service. The iOS platform has a wider variety of games and kids’ apps, we should mention. In addition, Kytephone’s service is targeted at slightly older kids, because it’s for those who have their own Android device on loan from their parents. That is, it can’t tell what games kids play when they just “borrow” mom or dad’s phone for a few minutes, as many younger children do. It also misses out on the entire iPad gaming market, which a number of kid-friendly app makers have specifically targeted.

That being said, what these numbers do show that Rovio has managed to increase the stickiness and addictive nature of its games over time, at least in terms of children’s preferences.（source：techcrunch）

The number of new lines added last year represented just over eight per cent growth in Brazil’s subscriber base, while the mobile penetration rate in the country was at 132.78 per cent at the end of 2012, a report from sector regulator Anatel has shown.

With regards to market share in Brazil in 2012, Vivo came out on top as market leader with 76.1 million customers, equating to 29.08 per cent market share.

5）EA: Blaming sexism for lack of women in our industry is a cop-out

“If we want more women to work in games, we have to recognize that the problem isn’t sexism.”
- Gabrielle Toledano, executive vice president and chief talent officer of Electronic Arts, says that blaming sexism for the lack of women in the video game industry is unreasonable.

In an article for Forbes, she noted that the video game industry is being painted as a more sexist environment than other male-dominated workforces, and that this simply isn’t the case at all.

“As an insider, I find this argument is misguided,” she says. “It’s easy to blame men for not creating an attractive work environment – but I think that’s a cop-out. If we want more women to work in games, we have to recognize that the problem isn’t sexism.”

“Our industry needs and wants more women,” she says. “The only way to be successful in a creative industry like gaming is to stay on the cutting edge and innovate. You can’t do that if your team all looks and acts and thinks the same.”

But she adds, “We’d love to hire more women but we can’t find enough of them to hire, especially in engineering… If women don’t join this industry because they believe sexism will limit them, they’re missing out.”

Toledano’s thoughts clash with those of the women in the video games industry who took to Twitter last year to raise their concerns over sexism and harassment via the #1ReasonWhy hashtag.（source：gamasutra）

The U.S. branch of Atari has filed for Chapter 11 bankruptcy, as a means of separating its financials from its French parent holding company Atari S.A., and in turn securing a fresh start.

Chapter 11 bankruptcy is often used to allow large companies to restructure their business affairs, although it is usually only put into motion after careful consideration of alternative options.

Atari Inc. and its other U.S.-based companies, including Atari Interactive Inc., Humongous, Inc. and California US Holdings, are looking to sell all of their assets within the next 90-120 days, as the collective looks to shift business from traditional retail games to digital and licensing.

Atari was bought out by French developer Infogrames back in 2008, and in 2009 Infogrames changed its name to Atari S.A., as it looked to make use of the Atari name.

However, the U.S. branch of Atari now wants to separate itself from Atari S.A., as it says that its new focus on digital games has turned it into “a growth engine,” yet this has gone “unrealized while under the control of Atari S.A.”

This move will allow Atari to pull away from “the structural financial encumbrances” of its parent company, it said in a statement.

As part of the filing, Atari is looking to obtain $5.25 million in debtor-in-possession financing from financial investment company Tenor Capital Management. （source：gamasutra）

Racing game specialist Codemasters today announced layoffs at the company, as it looks to realign and remove its operations that are no longer delivering value.

In a statement to Gamasutra, the UK-based company noted that the proposed restructure is not company-wise, and will therefore not affect certain titles that are in development, such as GRID 2 and its F1 racing series.

Codemasters did not state how many employees will be affected by the move, simply noting that it has “entered into a period of collective consultation with the affected employees.” Eurogamer reports that around 80 people may have been affected.

The news follows a troubling 2012 for the company, including a period in which it claims it accidentally overpaid laid off staffers.

Last April the company said that it was dropping development on all non-racing titles and focusing solely on racing games, while it later revealed an attempt to mix arcade gameplay in with its realistic F1 series.（source：gamasutra）