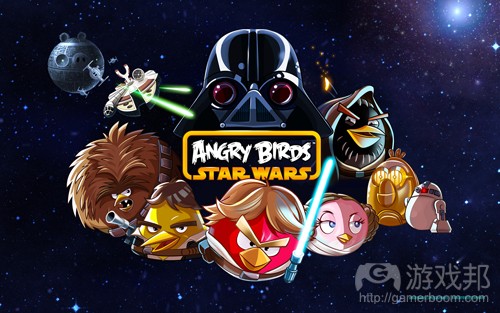 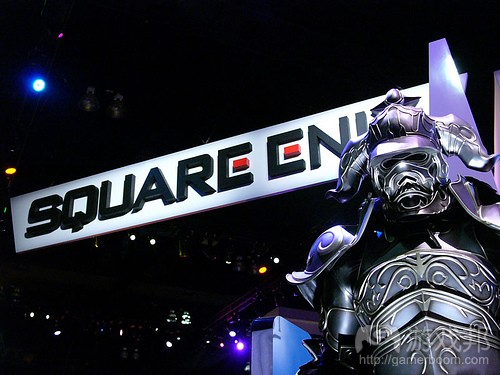 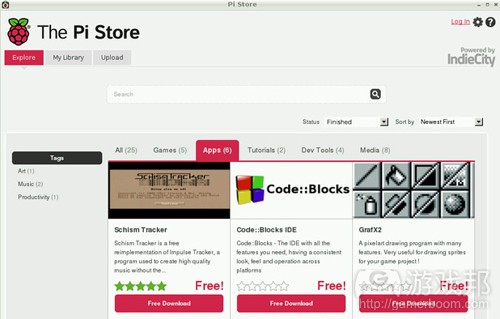 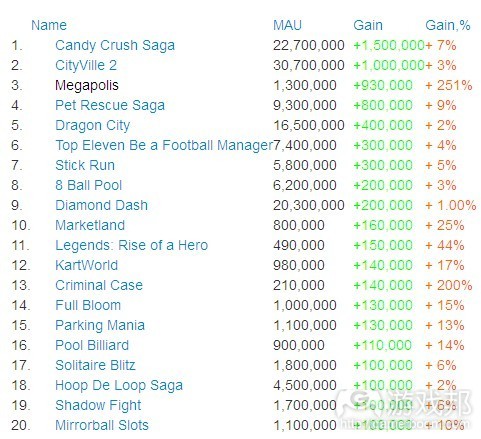 The game originally launched for mobile devices in November, and it’s proven to be yet another smash hit for Rovio. Aside from being critically well-received, Apple recently revealed Angry Birds Star Wars was the No. 6 top paid game for both iPhone and iPad for the year of 2012 (it should also be noted that Angry Birds games also appeared on these lists and the top free iPad games chart).

Rovio’s first Angry Birds game on Facebook launched in February but never quite repeated the lightning-in-a-bottle success of its mobile counterpart. Although the game saw strong early games, it peaked in April with 3.4 million daily active users (the best gauge of a title’s core audience) and has since dropped to a little under half that traffic level. Currently, our AppData traffic-tracking service shows Angry Birds Friends has 1.5 million DAU. Given the rampant popularity of Angry Birds Star Wars on mobile devices (not to mention the fact that the game will benefit from people searching for “Star Wars” on Facebook), it probably seemed like a no-brainer to bring this game onto the social network.（source：insidesocialgames）

If you’re an agile development pro, especially on the West Coast, Utah, Minnesota, New York or Massachusetts, you’re pretty much in the catbird seat when comes to career moves. That’s one finding of new research by Yoh, a head hunting company using data from data from CareerBuilders. Agile development is an on-going, iterative approach to building and tweaking software by cross-functional teams over time. It’s a big contrast with more traditional monolithic  waterfall development that leads to long release cycles instead of continuous improvement.

The ratio of open agile development jobs to qualified candidates is 4.59:1, showing a market skills gap. While specific technical skills — such the ability to work with specific tools — are important, employers are more interested in knowing that the candidate has experience working on agile development teams and knowledge of that process more than of the tools themselves, said Joel Capperella, VP of marketing for Yoh, which is based in Philadelphia but has offices across the US.

One Yoh client is a big bank with 250 agile developers across 10 to 15 Scrum teams. (Scrum is a real-time process used by many agile developers.) Most mature agile shops like this one are willing to train newcomers on the technology needed but want to be assured that the newbie has actually worked in this fast-paced, team-focused process before, Capperella said.

A bad hire can have a ripple effect and hurt the company’s credibility in the tight-knit agile community, according to Yoh. So employers need to properly vet the candidate and need to make it clear just how mature their own agile process is at the outset.（source：gigaom）

Talking to Massively, Brennan did not divulge how many people have been affected by the workforce reduction, but he was keen to stress that work continues as normal at the studio.

“The decision will not have any impact on the operations of MMO titles,” he noted. “Customers can expect those services to continue, including the upcoming launch of Final Fantasy XIV: A Realm Reborn.” （source：gamasutra）

Following the successful launch of the Raspberry Pi computer earlier this year, the team behind the device has now launched the Pi Store, allowing users to sell their games and software for the Pi more easily.

The Raspberry Pi runs the Linux operating system and is compatible with a variety of programming languages. The idea behind the cheap device is to enable school kids to program games more easily.

The online store, which runs as an easily-accessible “X application” under the Raspbian operating system for the Raspberry Pi, while also being accessible from any regular web browser, acts as an entry point for developers who are looking to develop using the hardware.

Aside from featuring both paid and free games on the store, there are also apps, tutorials and dev tools to download.

The store has been launched in collaboration with online distributor IndieCity, and gives Raspberry Pi users the opportunity to upload their own content for moderation and release to other users.

IndieCity users will also find the SKU for the Raspberry Pi listed under the “installers” section in the separate IndieCity store.

The team noted that the store has a “tip jar” system in place, such that users can choose to give developers money for a free game or app if they so wish.（source：gamasutra）

King.com’s Candy Crush Saga is still the fastest-growing Facebook game by monthly active user, up by 1.5 million MAU for a 7 percent gain this week.