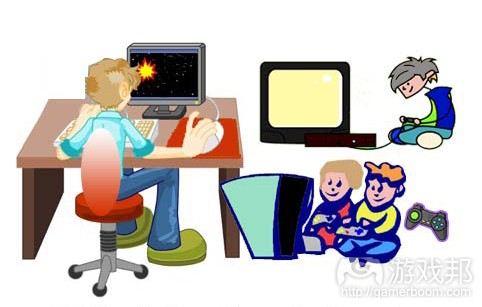 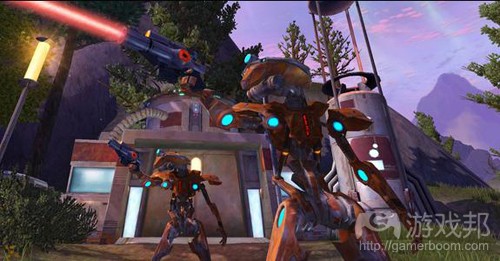 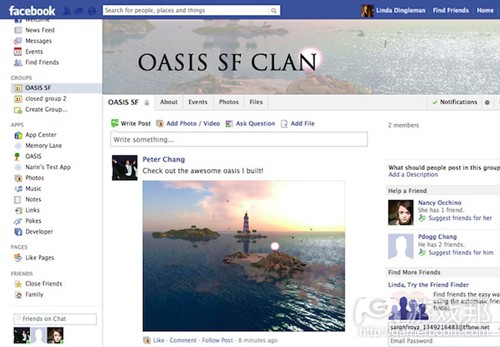 1）Digital the only bright spot in an overall 9% U.S. games industry decline

The NPD Group just released its quarterly report on the United States video game industry, showing that Americans spent $2.87 billion on content between July and September of this year.

That’s a lot of money, but it’s actually down one percent from the same period last year. And if you factor in hardware and accessory sales, it’s a little worse.

Altogether, according to subsequent data the NPD Group provided to us in a follow-up conversation, the United States video game industry is down 9 percent for the quarter, from $4.04 billion during those three months last year to around $3.78 billion this time around.

New game sales at retail, as we all know, is in a steep decline. Other physical sales — primarily used games and rentals — are down too, around 19 percent in fact. And as players wait anxiously for the next generation of video game consoles, hardware and accessory sales are taking a big hit.

There is one bright spot, however. The group says that the $1.4 billion in digital sales during the quarter is actually a 22 percent increase from the same period last year, as the industry continues its shift away from physical goods and toward the various pervasive digital models.

That’s actually down from the April through June quarter, but only by around 5 percent.

2）The most expensive game in history is now free

The game that is rumored to have the largest development budget in history is now free to play.

Electronic Arts’ MMORPG Star Wars: The Old Republic has had a hard time holding on to subscribers since it launched as a pay-to-play game less than a year ago.

Paid subscriptions quickly jumped up to 1.7 million during the game’s first two months on shelves, but those subscribers didn’t stick around.

By May that count was down to 1.3 million. By the end of July it was under a million, at which point EA announced to its anxious investors that it would introduce a free-to-play mode.

EA has never publicly stated the game’s development cost, but popular analyst projections range from $150 million to $200 million, which would make The Old Republic the most expensive game in history, and one that is almost certainly not living up to the company’s expectations.

The game still has a subscription model in place: for $14.99 a month, loyal players still get infinite access to all of the game’s content. However, a new mode introduced Thursday allows players to play up to level 50 in the game, with some additional restrictions.

Don’t miss: The making of Star Wars: The Old Republic

The update also introduces a virtual currency system, so that players can purchase virtual goods and unlock features with real world money, as is typical with free-to-play titles. （source：gamasutra）

Facebook has made it possible for apps and games to create and manage groups for users, the company announced in a blog post Wednesday evening. This was created as a way for game developers to help players connect around clans, alliances, guilds or other game communities, but non-game apps could ultimately find use in the API as well.

With game groups, users can share content, post updates, create events and poll members, just as they can with traditional groups. However, these groups are created and controlled by a game rather than an individual user. Users can be promoted as admins if the developer wishes.

Many users already create groups to connect with people they play games with. Now with the API, games can facilitate this by inviting players to join existing groups or building the group creation process right into the game. Clans have long been a part of traditional online gaming — especially MMORPGs and online strategy games — and this could help social games be taken more seriously by core gamers. It should be noted that some games already include in-app clans groups, but these were created by the developer and don’t create an external group on Facebook.

In an overview of the feature, Facebook says, “Game Groups help make games more social and engaging by creating another place where users can interact with each other. Group social dynamics help with retention and monetization.”

Groups give users a place to share achievements and tips. When users begin to feel as though they are part of a community, they are more likely to continue playing a game. The notifications generated by Facebook groups could also serve as prompts to get users re-engaged with a game.

The feature is starting in beta for games that are listed in App Center so Facebook can monitor use and create more guidelines and best practices for developers over time. Developers can get an overview of game groups here and read reference documentation here.（source：insidesocialgames）

Virtual goods still make up the bulk of revenue for most social game publishers, but many are finding that ad revenue is making up for those players who don’t want to pay.

Bubble Witch Saga publisher King.com, which commands the second-largest game-playing audience on Facebook (the first being, of course, Zynga), said on Thursday that the money brought in by advertisements has increased tenfold during the year so far, accounting for nearly 15 percent of its total revenues. By comparison, Zynga’s latest financial results show that only 10 percent of its revenues come from ads.

King.com says its players frequently click on incentivized ads that interact directly with the games they’re playing. In one such example, an ad awarding players an extra life in exchange for viewing a 15 to 30-second video saw a click-through rate of 5 percent, nearly five times the average U.S. benchmark.

King.com also touted its “Brand as a Friend” solution, where advertisers can take the place of friends in a multiplayer game to help a player advance or unlock new content.

The company says ads will play an increasingly important role in its business moving forward, and to that end, they’ve hired former Gaia Online and Telemundo ad executive Charity Sabater to head up its new East Coast expansion as its senior director of ad sales.（source：gamasutra）

The heavy costs of GREE’s international expansion and the lingering effects of the kompu gacha ban have taken a bite out of the Japanese giant’s profits. The company’s net profit for Q1 2013 fell 26.3 percent quarter-over-quarter and 3.6 percent year over year to 9.06 billion yen ($111.5 million).

According to GREE’s earnings release, the company’s “monthly net sales bottomed in July” — the month that coinsides with complete phase-out of the kompu gacha sales tactic. The practice, which heavily incentivized the purchase of random virtual goods, was banned by Japan’s Consumer Affairs Agency for encouraging gambling like behavior. However, GREE also reports its monthly net sales are gradually recovering. GREE’s paid services sales were 34.6 billion yen ($426.1 million) for the quarter, up 26 percent year-over-year, with sales increasing month-on-month during the period.

The company’s advertising sales were 3.3 billion ($40.6 million) during Q1 2013, an increase of 14 percent year-over-year, but lower than they were in Q4 2012, a factor GREE blamed on declining feature phone sales.

6）Zynga’s treasurer follows its CFO out the door

Mere days after Zynga’s CFO headed to Facebook comes word of another resignation from its financial department.

Bloomberg reports that treasurer Mike Gupta is leaving for Twitter, where he’ll serve in a similar role as its VP of corporate finance and treasurer.

Zynga has lost quite a few executives since posting heavy losses back in July. Perhaps most famous among these was COO John Schappert, who made headlines by filing his resignation soon after being stripped of most of his duties at the company.

Other chief officers who have left the company since then include CCO Mike Verdu, CTO Allan Leinwand, CMO and CRO Jeff Karp, and CSO Nils Puhlmann.