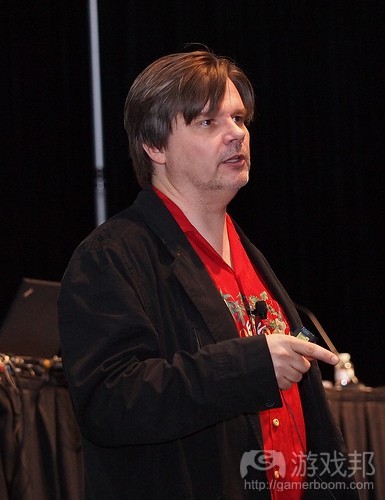 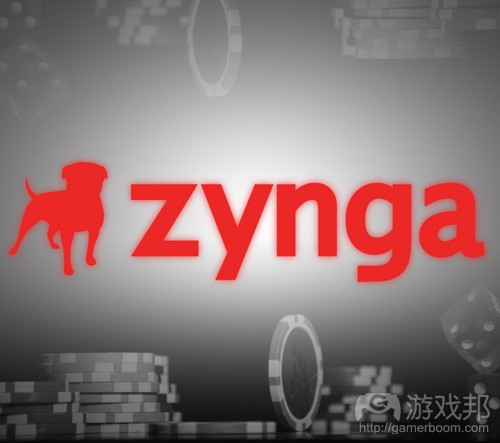 During a chat with the storied game designer after his session at this year’s GDC Online in Austin, Tex., Zynga SVP of product development and FarmVille creator Mark Skaggs revealed that he had little to do with FarmVille 2. Skaggs then continued to share his reactions to the full-blown sequel, and they’re glowing.

“It’s a wonderful, amazing step forward. It’s 3D and there are little 3D flashes,” Skaggs says. “Thank heavens, [the FarmVille 2 team was] the icebreaker through that frozen ocean for the rest of us to follow. And I think what I love about it is that it gets even more charm in that package and still stays true.”

“Another sort of truism, lesson that I’ve learned is that I think game makers have two and a half cycles of their game–console and PC–of making that game available in their selves. What I’ve seen is that the teams, the creators, the leaders just want to do other stuff,” Skaggs admits. “From knowing that and seeing what happens when people hold on too long, my view is when you have people that have energy, that have a new point of view and a new idea on it, let them bring that goodness to the world, through the franchise instead of trying to hold onto it for ego reasons.”

That, by extension, must be the same reason Skaggs has opted to stay away from CityVille 2, which we know the venerable Brian Reynolds is at the helm of. Given that Zynga has opted to “reduce its investment” in The Ville, who knows what the father of FarmVille will dig into next.（source：games）

2）What does Zynga’s move toward real money gambling mean? Not much…yet

Zynga perked up its investors just a little bit yesterday when it announced that it would open up a virtual casino in the UK next year that allows its players to gamble with real money.

While real money slots won’t be replacing FarmVille 2 in the company’s roster just yet, this is a serious venture for the company, with CFO David Wehner telling investors and journalists that it is just the first baby step toward a much bigger opportunity.

But what does it all mean? With its players abandoning its traditional social games faster than ever (and with the rare customer that actually pays to play Zynga games now paying even less), is gambling Zynga’s next frontier?

Not so fast, say leading video game industry analysts. As of right now, there are just too many unknowns with Zynga’s plans. And even though the company has managed to build a substantial audience of fake-money gamblers with Texas HoldEm Poker (which, at just under 36 million monthly active users, is the second most-popular game on Facebook), there’s no guarantee that those players will make the switch.

And besides, online gambling with real money is still illegal in the United States…for now, Zynga’s casino empire is limited to the UK.

“We figure most of these players are not interested in playing with real money and those who are may already be playing on a real money gambling site,” Sterne Agee analysts Arvind Bhatia and Brett Strauser wrote in a report. “Moreover, we are curious how many of the [Zynga] Poker’s ‘payers’ are located in the UK market.”

In fact, this initial deal with existing UK online gaming service Bwin.party, which representatives said was a revenue share agreement, may not even involve new game development from Zynga itself. We know so little about the deal that it could just end up with Bwin.party using Zynga’s IPs on its existing games.

“I doubt it will be highly lucrative, as it sounds like it is more a licensing of Zynga’s brands rather than more in-depth game development,” Baird analyst Colin Sebastian tells us by email.

But even with Zynga branding (the company has already confirmed FarmVille-themed games), is there much of a sell here?

“Their casino games work fine, but there are a lot of generic casino games out there, so their only real advantage is that they have some brand recognition and a customer list,” Wedbush Securites analyst Michael Pachter tells us.

In fact, with the competitive real money gambling market already in the UK, and assuming that Zynga is only getting a small slice of the revenues generated from its Bwin partnership, Pachter estimates the company may pull in as little as $20 million a year from the deal.

But, again, this is all based on educated guessing. For now, only Zynga and Bwin know what this deal actually means, and for the time being, they’re not talking. Regardless, analysts remain skeptical that this particular partnership will result in much more than a blip on Zynga’s bottom line, with all of them agreeing that focusing bringing its bread-and-butter social games into the modern mobile age is probably the most important task on Zynga’s plate right now.

“Real-money gaming is certainly an interesting potential opportunity,” Macquarie’s Ben Schachter tells us, “but there remains a lot of uncertainty of how successful Zynga will be in converting its players.” （source：gamasutra）

Facebook hosted a crowd of journalists today for a whiteboard session on social games. While much of the information is old news for most of our readers, a few standout talking points provide insight on just how much regrowth the games ecosystem has seen in the last year.

First, Facebook’s Sean Ryan said that games see 30 to 40 percent CTR on Notifications. He did not state how low CTR fell for games on Notifications before the relaunch at the end of August, but recall that this was one of the channels Facebook restricted for social game developers because there had been too much spam. Second, Alex Shultz from Facebook’s user growth team explained how his team joined Ryan’s 10 months ago to begin updating games’ approach to accessing and retaining users. Since the two have joined forces, we have seen newer games from developers other than those in the top 10 see success. Finally, by encouraging developers to explore new genres on Facebook in the last 12 months, the category distribution has shifted from sims games and the occasional casual game to an explosion of casual and casino games. (Note that more than half of games on Facebook are still simulation — and the strategy category hasn’t changed much despite Kixeye’s much-publicized success with the genre.)

Looking ahead, Facebook still has hurdles to jump in user acquisition costs and discoverability — and it has to jump them on mobile, too, as that’s where most game developers are headed. App Center has some promise; the social network said earlier this month that 220 million people have visited App Center. Users who discover apps there are 40 percent more likely to return to the app the next day compared to the old Apps and Games dashboard. Perhaps more promising is Facebook’s mobile ad product, which could drive more mobile game installs for Facebook-enabled games.

As a final note, Facebook shared a brief list of upcoming games it’s “excited” about. On Facebook canvas, shoutouts went to Zynga’s CityVille 2, a game called Stormfall: Age of War from Plarium, a licensed Wizard of Oz game from Spooky Cool Labs, Fresh Deck Poker from Idle Games and Full Bloom from Disney Playdom. On mobile, Facebook announced a handful of games that have or are currently adding Facebook integration, including Hay Day from Supercell, CSR Racing from NaturalMotion, Live Hold’Em Pro from Dragonplay, NFL Pro 2013 from Gameloft and Ticket to Ride from Days of Wonder.

Earlier this week, CEO Mark Zuckerberg said the games ecosystem as a whole was growing, though not as much as he would like. Payments revenue from social game giant Zynga dropped 20 percent for Facebook compared to Q3 2011, but revenues from other game developers increased 40 percent over the last year.

We’ll be talking about the move to mobile and all the challenges social games face on Facebook, iOS and Android at Inside Social Apps in December. Find out more about our speakers and agenda here.（source：insidesocialgames）