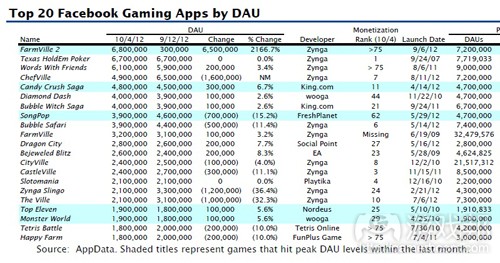 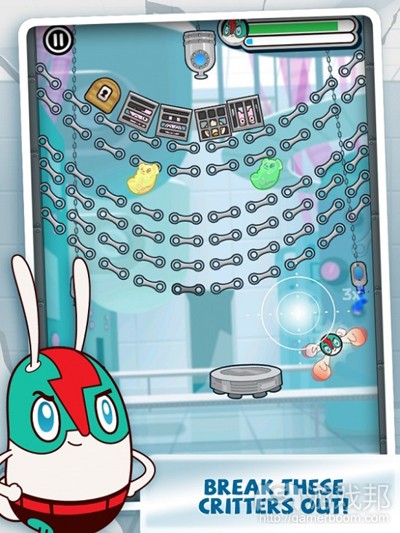 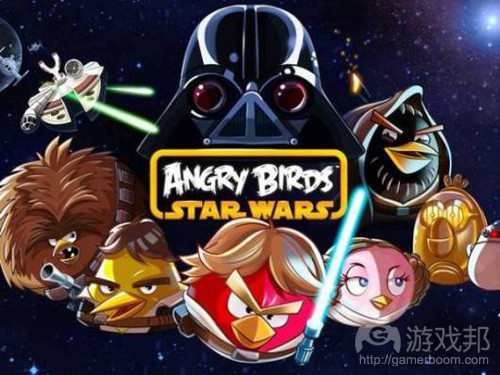 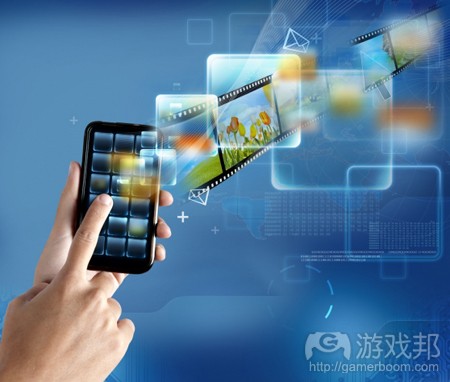 The growth of gaming on mobile is “eroding” demand for social and casual games experiences on the PC, according to new data.

Research by Cowen & Company shows that during September, DeNA and Gree cemented their positions in the top 20 grossing charts on Android platforms, while Electronic Arts gained ground on iPhone and iPad formats. Rivals Zynga and Disney fell out of iOS circles almost entirely.

DeNA and Gree have 30 per cent of the top 20 titles in the Android charts. DeNA’s Rage of Bahamut clocked its fifth consecutive month as the number one Google Play game and Cowen & Company also estimates the card-battle RPG was also the top-grossing game during September on iPhone.

Independent developer Supercell had a strong month in September, with Clash of Clans for iPad taking the top spot in its second month and moving up to number two on the iPhone.

“We continue to believe that evidence suggests demand for PC-based casual social gaming is eroding due to the increased availability of casual gaming on mobile devices,” said analyst Doug Creutz.

In the PC social gaming space, Zynga’s FarmVille 2 pulled in 6.5 million daily active users which managed to offset the declines seen elsewhere during the month.
Zynga’s Slingo, The Ville, Bubble Safari and CastleVille all saw numbers slide, while neither EA’s Sims Social and Sim City, nor Disney’s Marvel Avengers and Gardens of Time, made the top 20 games by DAUs.

Social gaming daily active users (DAUs) for the top ten publishers during September were flat, only up by 0.8 per cent, but monthly active users (MAUs) dropped by 9.9 million, or 1.8 per cent.（source：gamesindustry）

2）Zynga gets its very own Breakout game (with bunnies), thanks to Atari

In case you hadn’t noticed, Zynga has a new publishing platform. And, boy, has it taken the FarmVille house to some strange and new places. Now, Inside Social Games reports that the land of Breakout is next in line through none other than Atari. The OG of game publishers has teamed up with Zynga to bring Super Bunny Breakout on iOS and Android to the masses.

Yes, that’s a Breakout game with bunnies. Developed by Curious Brain, this take on the venerable Breakout franchise comes complete with a quirky, cute art style, an original story and realistic physics featuring objects made of different materials. Super Bunny Breakout sees a rabbit named Rodney bust out of a testing facility and free his fellow test subjects.

Based on the hands-on report by ISG, Super Bunny Breakout is a much more nuanced take on the Breakout formula, with six different animal characters acting as the balls with which the player breaks things. (Stop snickering.) These animals provide special power shots for extra destruction as well.

Each critter has varying levels of stamina that depletes as they repeatedly bump into objects, but refills over time or with a handy in-app purchase, in true free-to-play game fashion. At launch, Super Bunny Breakout offers 48 levels across three types of environments, with one in each world being a mini game. There’s no word on exactly when Super Bunny Breakout will hit the app stores, so be on the lookout.（source：games）

If you thought that Bad Piggies meant Rovio had moved on from Angry Birds, then you were dead wrong.

On November 8th, the Finnish company will unleash the latest installment of its world-conquering franchise.

No specific details about the game are available, but it’s likely that Angry Birds Star Wars will take elements from the first Angry Birds games and mash them with Angry Birds Space.

What is known, is that the birds will look like Jedi characters from Star Wars, while the pigs will take on the look and characteristics of Sith and Imperial forces.

If the final stage of the game doesn’t involve a Death Star lookalike, then I will dress as a bird for a week.

And there has to be a new character called the Millenium Falcon – this stuff writes itself. You’ve never heard of the Millennium Falcon? … It’s the bird that made the kestrel run in less than 12 parsecs.（source：mobile-ent）

The partnership will see Glu’s existing properties used to create a suite of branded real-money mobile slot games. Glu titles like Deer Hunter and Contract Hunter already have millions of fans worldwide, but the slot games will only be distributed to audiences in Probability’s regulated markets – initially Italy and the UK.

Glu-branded casino games will be offered as part of the Probability portfolio so could be available through Probability partners like William Hill, Paddy Power and Ladbrokes.

The deal will also see Probability take charge of regulatory responsibility for the operation of the games.

Niccolo de Masi, CEO, Glu Mobile, said: “We believe that mobile gambling momentum is beginning to accelerate on a global basis, and with this deal, Glu becomes an early mover.

“We anticipate that as additional markets around the world open up to real-money mobile gaming, we will expand our investment in the subsector.

“We view real-money mobile gaming as an opportunity to extend the reach of our successful original IP to new demographics, as well as deepen engagement and rewards for our players.”

Charles Cohen, CEO, Probability, said: “We are delighted to be partnering with a pioneer and leader in the freemium mobile gaming industry.

“We look forward to deepening our relationship with Glu as we seek to expand our regulatory reach to new markets worldwide.”（source：mobile-ent）

Think Facebook is showing you an arbitrary or editorially driven selection of applications in its App Center? Think again.

The social network, as described in a comprehensive blog post, goes to great lengths to ensure that the now 220 million people who visit its new application hub, launched in waves over the summer, find items tailored specifically to their tastes and immediate wants.

“The goal is for curation of the App Center to be driven by quality and personalization, instead of editorialization,” Facebook engineers explained today. “Just as with news feed, personalization in App Center will improve over time as people and their friends engage with more apps.”

The App Center runs atop a dynamic recommendation engine that looks at aggregated data, real-time updates, user feedback, application quality, and a number of algorithmic elements designed to learn about a person’s preferences. The ultimate aim is to make even the most obscure applications visible to the right people at the right time.

On the quality-control front, Facebook considers user ratings and positive or negative signals for each application. The social network randomly surveys app users to get their ratings and ties the average rating of an app to that of its daily active user base. “We settled on a formula for app quality that is primarily a function of its average rating as well as average daily active users,” the engineers wrote.

When it comes to learning more about you for the sake of better recommendations, Facebook, in laymen’s terms, considers your demographic details, friends’ activities, and your “likes.”

The method by which the company uses this data to make recommendations is far more complex, however.

Facebook, for instance, considers “select items related to objects liked or interacted with” by you in the past. The company refers to these elements as “learned latent features” and uses them in a matrix to fill in the blanks about other qualities you may not have overtly expressed.

Here’s a detailed explanation for those who speak engineer:

The basic problem is to find out the values of missing entries for the user object response matrix. The idea is to approximate the response matrix using the product of two low-rank matrices. Each row of matrix U is the latent representation of a user and captures the intrinsic taste of a user. Each column of matrix O is the latent representation of an object. It reflects the flavor of that object. The dot product between these two vectors is the predicted response from the user to the object.

The complex process appears to be paying off for Facebook; more than 40 percent of the 220 million people who vist the App Center each month are likely to return on a following day.（source：venturebeat）

Sega is going to make a new Sonic game for your mobile phone.

The publisher posted a blog on its official website with an image for Sonic Jump along with the words:

The blog featured no other details. We’re contacting Sega to get more information about the new game.

A previous Sonic Jump game does exist. The developer released it around 2007 for mobile feature phones (the dumber cousins of smartphones). It played a lot like the popular smartphone game Doodle Jump, where players bounce a wildly jumping Sonic from platform to platform in an attempt to travel as high as possible.

Again, the blog contains no details, but the “new Sonic Jump” wording suggests that this is a sequel to that previous mobile release.

Sega is in a transitional period. It drastically pulled back its American operations in March. It canceled all games that weren’t Sonic the Hedgehog, Aliens: Colonial Marines, Total War, or Football Manager.

But recently, Sega’s mobile-game division has become more active. This is the second game announcement in as many weeks, with Zaxxon Escape, a sequel to the classic arcade shooter, also in the works for iPhone and Android.（source：venturebeat）

PlayFirst, the company behind the massively popular Dash line of games, has announced they’re ceasing development of PC games, and discontinuing support of those they’ve already released. It’s not all bad news, though, as the company intends to continue development of iOS titles, and enter the Android market sometime in the near future. Could this be a sign of the times?

We speculated back in November of last year that something like this was on the horizon, as a member of the company stated on their message boards that they had no “PC/Mac download games in the pipeline for development.” Given the prolific nature of PlayFirst in the past, it was a pretty massive warning sign.

The company intends to launch a new website on November 12, and those who wish to keep their games are encouraged to visit this page now and download the installer files/unlock keys for each of them. For those wanting to pick up any of their games in the future, third-party retailers will continue to sell them.（source：gamezebo）