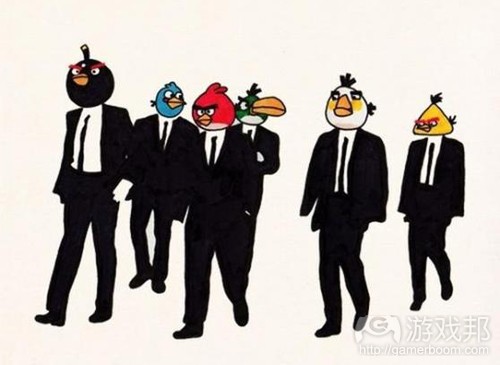 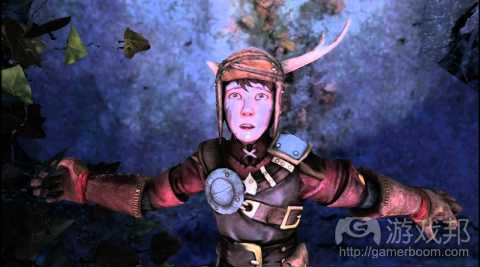 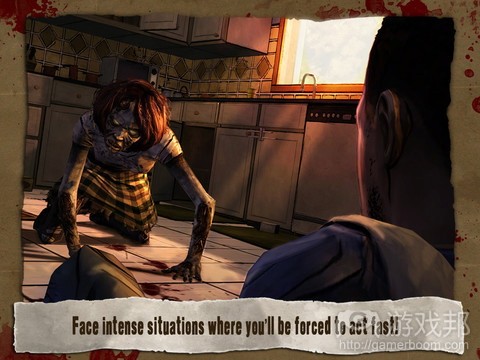 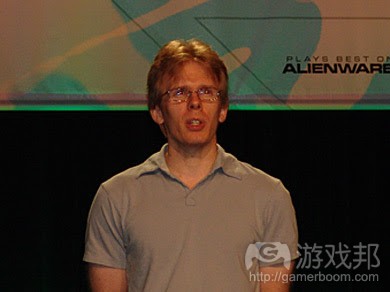 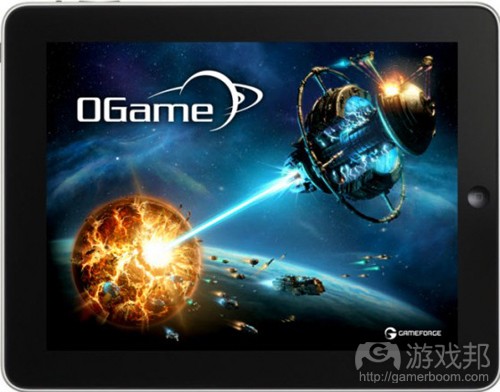 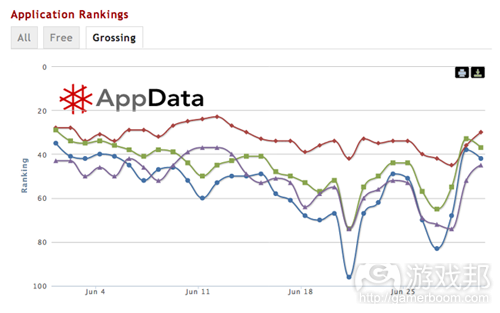 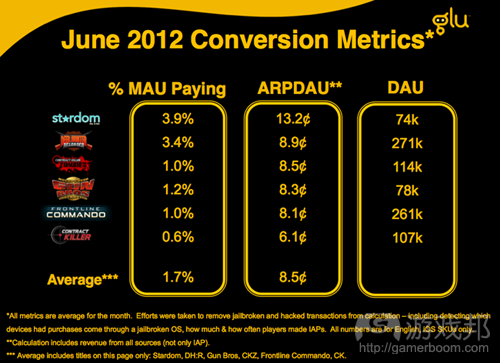 Could be a lot of angry investors.

Is there any end to the frenzy around Angry Birds? Doesn’t look like it.

After one billion downloads and an estimated $750m in revenue, the story of the world’s most famous mobile app looks set to take another twist.

But it’s far from a certainty.

He said: “We have prepared a stock market entry for 2013. But the shareholders have not decided when or whether it would even happen.

“If we go to the stock market, it would most likely be in the second half of next year. We do not need to raise any more funds at the moment.”

This IPO speculation has arisen before, only for the story to go quiet again. And it’s not as if Rovio needs the cash after making 48 million euros on sales of 75.4 million euros in 2011.

Some observers have valued the firm at $7bn. The big question for potential investors is whether Rovio is a one hit wonder, and whether that one hit will be a perennial like Mario and Mickey Mouse or a flash in the pan like Crazy Frog.（source:mobile-ent）

Today, developer Phosphor Games Studio (makers of The Dark Meadow) released the latest trailer for Horn, its action-adventure title coming out for iOS and Android this month.

Horn features an open fantasy world with “10 hours of story missions, plus endlessly escalating challenge modes,” Phosphor said in its announcement. Zynga will publish the game as part of its Partners for Mobile program, which easily makes this the FarmVille developer’s most hardcore project ever.

Based loosely on the Old English tales of King Horn, you play as a young blacksmith’s apprentice who wakes up to find his village overrun by fantastic, and sometimes humorous, monsters. On your incredible adventure, you carry the loud-mouthed head of one such creature with you — a somewhat uncooperative, ill-tempered, grudgingly helpful sidekick. Along with the help of this new companion, you must use your sword, crossbow, trusty musical horn, and wits to explore the lands, defeat the enemies, and solve puzzles in your quest to undo the curse that engulfs your homeland.

Here’s hoping developer Grasshopper Manufacture doesn’t hit Zynga with a lawsuit claiming infringement upon its own games, Shadows of the Damned and Lollipop Chainsaw, both of which also feature severed heads as sidekicks.（source:venturebeat）

3）Are 99-cent gamers on iOS more myth than fact?

“The idea of a 99-cent gamer on iOS is more myth than fact, it’s the quality and depth of each product that will drive the right price for consumers.”
- Telltale Games’ SVP of publishing Steve Allison dismisses the notion of consumers ignoring a mobile game’s quality, as they debate over whether to purchase a title priced higher than a buck.

Telltale recently released its episodic adventure game The Walking Dead to iOS devices, keeping the same level of quality seen in the praised PC and console editions, and pricing each episode at $4.99 for iPhones and iPads.

Many have decried the “race to the bottom” in terms of pricing seen with games on the App Store, and some have even said developers have little choice but to release free-to-play titles as a result, but Allison argues that’s not the case.

Telltale, though, has the advantage of working with an extremely popular license — and having a bigger marketing budget than most iOS studios — in this particular case.

For those App Store developers working without those conveniences, are 99-cent iOS gamers still a myth? Or do they see most consumers as unwilling to pay for a more expensive game regardless of its quality, forcing them to underprice their titles?（source:gamasutra）

As PC and console developers target smartphones in droves, so id Software has announced it has closed down its own dedicated mobile development team.

The admission was made by co-founder John Carmack during his QuakeCon 2012 keynote speech, with the firm having decided to carry key talent from its mobile division across to the team working on Doom 4.

“We did make the decision to close up our mobile development, which saddens me a lot, in that I love doing the mobile work – taking that time, spending a month, a year or something working on a mobile project,” said Carmack.

“I hope we get back to mobile in various ways in the future, but the big real aim is blockbuster, triple-A titles, and for id that means Doom 4, it means that we get the whole company behind that after we get Doom 3: BFG Edition out the door, essentially everybody will be focused on Doom 4 as a project.”

Interestingly, Carmack admitted that, despite the mobile team being no more, it did manage to deliver an as-of-yet unrealised iOS title before time was called.

“Unfortunately, we have a couple projects – we have an iPhone project that’s sitting in the can right now with the rest of the Doom classics stuff, but we just havent been able to push it through,” Carmack explained.

“We’re going to hold off until some appropriate time – maybe we can do it with the Doom 3: BFG stuff on there.” （source:pocketgamer）

Germany’s Gameforge has announced that it is moving into the mobile gaming market. That’s a big transition, since Gameforge is focused on hosting massively multiplayer online games for hardcore gamers on the PC. Shifting to mobile games is an increasingly common crossover strategy for many established game companies.

The Karlsruhe, Germany-based company will focus on mobile games and has developed an in-house engine for mobile games. The company has released three role-playing games for devices running Apple iOS (iPhone, iPad, and iPod Touch), Android, and Windows Phone 7. Gameforge has 20 massively multiplayer online games with more than 300 million registered players on the PC. It is late to the mobile market, which is destined to be the ground for the mother of all free-for-all battles, but it can leverage its web-based PC users as it moves into mobile.

A few weeks after the launch, the three games, Mafia Game, Vampire Game, and War Game, have been downloaded and installed more than 2 million times. They achieved top ratings and high chart rankings in the respective app stores, the company said.

For the second half of 2012, Gameforge is readying another blast of mobile games in which players can always interact with each other. The company plans to adapt a number of its online games, including Ikariam, OGame, and Gladiatus, to tablets.

These mobile games will let players access their games from either mobile devices or home computers. Gameforge is also working on a Unity 3D-based game production.

“Given the increasing extent users enjoy games on their mobile devices, it is a strategic decision for game publishers to be present in that field. Our first mobile games for smartphones were a field experiment for us to see how the game mechanics of our successful web games can be transferred particularly to smartphones. They proved to be a successful start in this rapidly growing market segment,” says Gameforge CEO Alexander Rösner. “Our goal is to give players access to our games independently from their given device. The success of our first mobile games tells us that we are on the right way into the mobile future.”

By year end, Gameforge plans to release 10 games. Next year, the mobile division is expected to generate revenues of several million euros for its larger Gameforge Group parent company.

Gameforge will show off its mobile games at the Gamescom conference this month in Hamburg, Germany, Aug. 15 to Aug. 18. Gameforge was founded in 2003 by Rösner.（source:venturebeat）

Glu Mobile’s second quarter financial results prove just how much money there is to be made on iOS, even without a “top grossing” game. In June Glu’s game Deer Hunter Reloaded made over $720,000 between the iPhone and the iPad, even though the game got no higher than No. 35 on the top grossing iPhone app charts and No. 23 on the top grossing iPad app charts.

As part of its latest set of earnings slides, Glu provided its June 2012 conversion metrics for some of its English iOS apps, excluding purchases made through jailbroken or hacked devices.

Glu’s game Deer Hunter: Reloaded was its most popular app for the month, racking up 271,000 daily active users on iOS and an average revenue per daily active user (ARPDAU) of 8.9 cents. Multiplying the game’s DAU by its ARPDAU means Deer Hunter: Reloaded made approximately $24,119 dollars a day on iOS. Multiply that figure by 30 and you arrive at $723,570 for the entire month.

[That’s very interesting because according to our traffic tracking service AppData, during June Deer Hunter Reloaded’s highest rank on the top grossing iPhone app chart was no higher than No. 23 on the iPad.

Although its important to remember these figures don’t provide a complete picture of the title’s performance — they omit non-english speaking revenues and Android revenue altogether — they are an excellent indicator of how quickly the iOS market is growing. From Glu’s numbers we now now its possible to earn almost $750,000 a month just by having a game maintain a steady rank in the top 100 of the top grossing app charts.（source:insidemobileapps）

Mobile game developer and publisher Glu Mobile has acquired GameSpy Technology from IGN Entertainment, as it looks to expand its cross-platform mobile business.

GameSpy offers social connectivity features for developers, including multiplayer matchmaking, player statistics and leaderboards, and has previously been integrated into one of Glu’s multiplayer mobile titles, Gun Bros.

Through this acquisition, Glu hopes to expand on the social functionality and scalable multiplayer options in its future releases.

While the company admitted that in the short-term, this acquisition won’t make a huge difference in terms of earnings, it believes that GameSpy will eventually help drive higher monetization for Glu from 2013 onwards. （source:gamasutra）