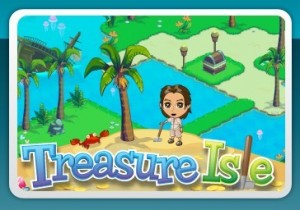 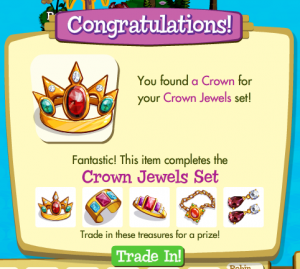 From 4.3 million users its first week, Zynga’s treasure hunting game, Treasure Isle, has racked up 24.3 million installs for the month of April. By comparison, once popular Mafia Wars now sits at 24.06 installs and has slipped completely off the Daily and Weekly Gainers list (both now topped by Isle).

Zynga’s behemoth FarmVille still tops the AppData Leaderboard for overall installs at 79.7 million registered users, though this marks a decline from 82.8 million on March 31st. In fact, Zynga’s overall traffic has been in decline of late, which makes a net gain of +13 million users for April all the more remarkable. And it’s all thanks to Treasure Isle.

Borrowing elements from FarmVille and early point-and-click adventure games (think LucasArts) Isle allows players to expend energy as they ‘dig’ through grids that make up a set of Caribbean-themed islands, leveling up and uncovering various rewards along the way. Like Mafia Wars, email access is handled through a mini-game in which a treasure chest is unlocked, rewards are reaped, and permissions are changed (in Mafia Wars players cracked a ‘secure crate’).

Is Treasure Isle as addictive as Farmville? Only time will tell, but judging by early numbers it certainly seems like Zynga has the social gaming hit of the season on its hands.