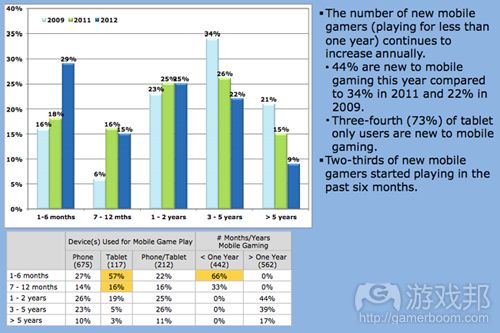 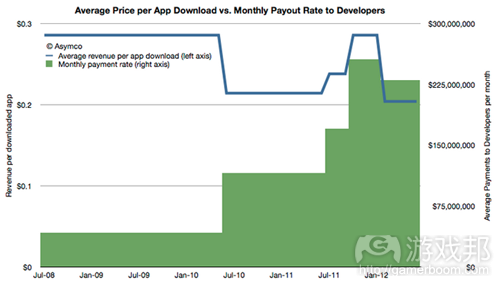 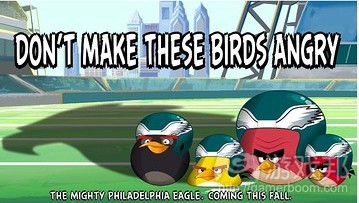 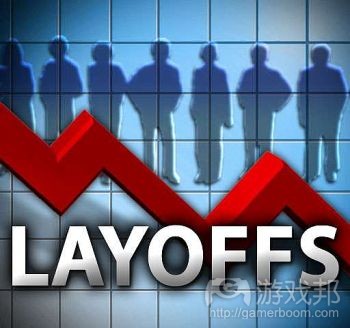 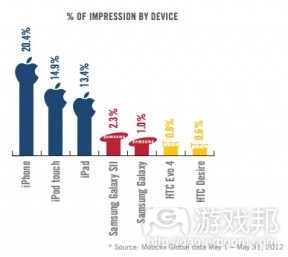 Tablets have proven to be a boon for mobile gaming according to the latest survey from EA PopCap and Information Solutions Group, which shows tablet ownership increases the amount of mobile games played, the amount of time spent playing, and the amount of money spent on them.

The amount of time spent playing mobile games also increased year-over-year, with 22 percent of mobile gamers reporting they spent three a more hours a week playing games on their devices, up from 14 percent in 2011. Once again, gamers who owned both a tablet and a phone spent more time on a weekly basis playing games.

Tablet ownership proved to be a popular entry point into mobile gaming, with the study estimating that devices like the Kindle Fire and the iPad have brought 11 million new players into the mobile ecosystem in the last 12 months.

Finally, although the average amount of money spent on mobile gaming actually dropped year-over-year, falling from $29.21 in 2010 to $21.24 in 2011, the amount of money spent by tablet players increased from $20.37 in 2010 to $25.47 in 2011. Overall gamers who played on both phones and tablets were the most lucrative, reporting they had spent an average of $34.57 on mobile games within the last two years.（source:insidemobileapps）

The average revenue generated per iOS app has decreased, according to Apple analyst Horace Dediu of Asymco, who estimates iOS developers are currently earnings $0.20 in revenue for every app downloaded, down from the lifetime average of $0.24.

By plotting Apple’s developer payment updates and cumulative download totals, Dediu has been able to calculate the average revenue generated by each app downloaded over the lifetime of the App Store. He estimates the payout rate has decreased over the last six months, dropping the average amount of revenue generated by an app download to $0.20. This drop may be due to seasonal affects, he says, as the majority of iPhone purchases come in the second half of the year, and new buyers are more likely to download and pay for apps.

Even so, Dediu says iTunes developers are still earning more year-over-year from the App Store. He estimates Apple is paying out approximately $230 million a month and $7.5 million a day to developers.  Earlier in the week Dediu predicted the iTunes App store would generate $4.3 billion in sales during 2012, assuming that each app downloaded would generate $0.24 cents of revenue.（source:insidemobileapps）

The new ad-supported game will debut on the Nokia Store bolstered by inneractive’s APS, better known as its Ad Placement Strategy.

The tool is designed to emphasise the location and nature of the ads in order to “maximise revenue for the developer and enhance the UX for the user.”

“We’re very excited about our partnership with inneractive which will help us achieve exactly that.”

For inneractive’s part, VP of marketing Itay Gadot said the firm was “thrilled to have collaborated with such a premium developer”, with the firm having looked to optimise ads for both the benefit of Halfbrick and its fanbase alike. （source:pocketgamer）

When you really think about it, this was only a matter of time. The Angry Birds have taken the green and black. The Philadelphia Eagles and Rovio announced a deal that will rope Philly’s angry birds in with the real deal. This fall, an Angry Birds game set around the NFC East football team will launch, with the Philadelphia Mighty Eagle being star of the show–get it?

The Wall Street Journal reports that this deal won’t stop there: A huge marketing push is in the works, too. When fans watch on the sidelines at Lincoln Financial Field, an Angry Bird might sack, say, New York Giants quarterback Eli Manning on the giant video screen instead of the traditional sacking animation.

Philly’s football team beat 10 other American professional sports teams with birds as mascots to the punch. It’s a marketing victory for Philadelphia and a testing ground for Rovio to see how far its Angry Birds can go. Philadelphia Eagles VP of business Ari Roitman told WSJ that this was without a doubt a move to get the younger crowd interested in the team. A deal with the biggest name in casual gaming these days will certainly do the trick.（source:games）

Nokia has announced plans to close several R&D and manufacturing facilities, overhaul its leadership and cut 10,000 jobs by the end of 2013 in order to return to ‘profitable growth.’

The Finnish giant, which was recently replaced by Samsung as the largest mobile manufacturer on the planet, is also looking to cut back expenses at its Devices & Services division by reducing headcount and minimising its ‘factory footprint’.

Said rescaling comes alongside news that Nokia is lowering its outlook for Devices & Services in Q2 2012.

The company had previously expected the division’s non-IFRS operating margin to be similar to or below Q1 2012 level of negative 3 percent.

Nokia now claims the division’s non-IFRS operating margin will be below negative 3 percent.

The Finnish firm hopes that its cost-cutting efforts will put the embattled OEM back on “a clear path to profitability”, with further, more forward-looking measures also on the table.

Nokia is to invest in products and experiences designed to make its Windows Phone powered Lumia range stand out to consumers.

Further investment will also be made to improve the profitability of its remaining feature phone business, while funding for location-based services will enable it to become “an area of competitive differentiation for Nokia products.”

“We intend to pursue an even more focused effort on Lumia, continued innovation around our feature phones, while placing increased emphasis on our location-based services,” said CEO Stephen Elop.

“However, we must re-shape our operating model and ensure that we create a structure that can support our competitive ambitions.”

Part of that ‘reshaping’ is a radical leadership shake-up.

Also joining the firm are Tuula Rytila as senior vice president and CMO, and Susan Sheehan as senior VP of communications.

“We do not make plans that may impact our employees lightly, and as a company we will work tirelessly to ensure that those at risk are offered the support, options and advice necessary to find new opportunities,” concluded Elop.

The news comes as Nokia looks to sell off its luxury handset brand Vertu for a reported €200 million.（source:pocketgamer）

After spending last year engaged in a “tug-of-war” with Android over mobile ad impressions, iOS has been building a big lead in the past few months, according to a new report from mobile marketing company Velti.

Speaking of the iPad, Velti says Apple’s new-ish tablet seems to be growing (at least on the mobile ad side) more slowly than the iPad 2. At this point in its release cycle, the iPad 2 had 21 percent of total ad impressions, while the new iPad (boy, it’s awkward to distinguish between them when they don’t have numbers) only has 13 percent.

The report isn’t all about Apple. In fact, it leads with data from Velti’s mobile payments platform ZayPay showing that the average transaction amount has increased 9 percent in the past three months. The report also notes that 75 percent of ads are delivered via WiFi — probably due in part to the aforementioned iPod Touch, which is WiFi-only. And when it comes to app categories, Velti says education is currently the most lucrative, with an average eCPM (price per thousand impressions) of $0.92.

The data is based on data from Velti’s Mobclix Exchange, which supposedly serves ads to more than 33,500 apps.（source:techcrunch）