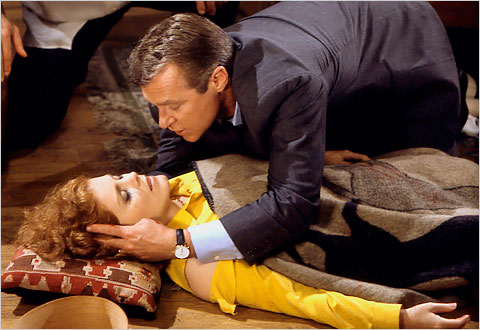 On October 5, 2009, CBS canceled “Guiding Light,” the longest running television drama in history, which began in 1952. This September, CBS will air the last episode of “As The World Turns,” the Proctor & Gamble production that has been running for more than 50 years. What’s more, ad dollars allocated to soaps fell nearly 30 percent from 2005 to 2009, and then fell another 20 percent in the first half of 2010.

So, why is all of this happening?

The television media has argued that the death of soap operas is the result of both women entering the workforce in increased numbers and the popularity of reality shows, the latter of which provides an alternate means to achieving the emotional gratification originally delivered by soap operas. I would, however, propose an alternate reading of events.

My belief is that viewers have abandoned daytime programming en masse because they’ve found more compelling content online, particularly social games of the Farmville, ZooWorld and Restaurant City variety. Furthermore, if things continue down the path they are on, social gaming will kill daytime television altogether.

Let’s look at the numbers. In 1991, according to Nielsen, daytime dramas had an aggregate audience of 6.5M people. In 2009, that number dropped to 1.3M people. Essentially, 80 percent of the soap opera audience has found more engaging content to consume.

So what exactly has happened to bring about this change? First, and perhaps most obvious, is the advent of the Internet. Second is Facebook, which now boasts more than 150M active users in the U.S.

Third, and most importantly for this discussion, is the 2007 launch of Zynga, a company that used Facebook to turn casual online gaming into social gaming.

Today, according to Inside Facebook, Zynga attracts 50M daily active users, of which we can assume at least 15M are in the U.S. based on Facebook’s claim that 30 percent of its users are in the U.S. This figure is already twice the size of the entire soap opera audience at its peak. When you consider the fact that Zynga’s numbers include weekend users, the statistics are even more impressive.

To really drive things home, the majority of social gamers are women between the ages of 18 and 50, which is exactly the original target audience for daytime soaps. Put simply, Zynga has created the first daytime television audience destruction machine.

If you look at today’s total daytime television viewership, you will see that total viewership is actually up. According to Nielsen, daytime television actually added 2 percent of the population since 1991, adding 16.2M average new viewers to the medium, including population growth. The television industry will use these numbers to claim that failure of soap operas is not significant — but I would argue that they are wrong, and that soaps are actually a leading indicator of the overall health of the television industry. They are the proverbial canary in the coal mine.

In contrast, primetime television viewership added 9 percent of the population since 1991, adding 73.6M new viewers, including population growth. This means daytime television is actually falling on a relative basis.

In addition, the social gaming statistics become even more telling when you consider the fact that Zynga had 10M monthly users in 2008 and currently has more than 250M monthly users: a 25-fold increase with no sign of slowing growth. The impact on daytime television has only begun to be felt, and the true impact will be felt over the next couple of years. Despite the overwhelming evidence, the traditional media players continue to have their blinders on, as evidenced by this quote from Associated TV’s Jim Romanovich: “Where one door closes, another opens. Just as radio before it, television is morphing into the Internet and I believe this is where your favorite soaps can not only survive, but thrive.” Social games are not soap operas on the Internet. They are a fundamentally new form of content, with a new distribution channel and business model. Traditional media companies don’t know how to create cheap, technology-based, mass-market entertainment that leverages social media to scale. They cannot and will not be able to compete with the Zyngas of the world.

What the media industry will soon realize is that the real victim here is not soap operas; it is the entire category of daytime television. Soap operas are just the first to fall. Consumers have noticed, the accountants at the studios have noticed and the advertisers and agencies are beginning to take notice.

Television executive Tim Brooks was recently quoted as saying, “We are seeing the end of a genre…”

I for one am convinced his statement rings all too true for daytime television.（source：businessinsider）