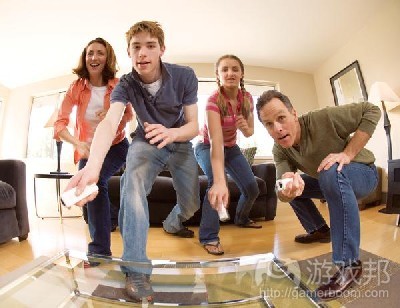 The game industry has a variety of terminology.But there are many terms that aren’t standardized. Today’s post looks at the various ways we categorize gamers.

This is another one of those posts that I’ve had in the back of my mind for a long time. One of the slightly annoying parts of the game industry is how we don’t have a standardized terminology. This can make it difficult to talk about high level concepts as you need to make sure that everyone understands your definitions. Such as the focus of this post: the different definitions of a gamer.

Some people sneer at the term “casual” while depending on your circle, “hardcore” could be an insult or a badge of honor. And now with social and mobile gamers thrown into the mix, it can be confusing. For this post I would like to redefine some terms to classify gamers as to how my opinion defines the various groups.

Casual: A casual gamer is the newest group and is represented by people who play only a few games. These are people who don’t play games for achievements or for completing the game 100%. They play just to enjoy or to kill a few minutes. Social and mobile games are popular among this group due to their lack of time commitments and why this group is also made up of the “non gamer” audience. However, they are not limited to the two and they may play console or PC games but stay away from games with high learning curves. Usually once they find a game or series they like, they’ll stick with it for as long as possible such as Call of Duty or World of Warcraft and will play that and only that.

Skill level is hard to judge, while they may play one game for a long time, it’s hard to say if they’ll reach a point of mastery or not. As their main reason to play as mention is to enjoy the game, not become the best.

Mainstream: Mainstream gamers are the vast majority. These gamers play at least two different platforms of games and have an understanding of multiple genres. They do like to finish games and can be motivated by achievements to continue playing.

In terms of the industry, they are somewhat knowledgeable as to what is happening and usually follow a few game sites. These gamers have already taken the step to digital and use a digital retailer for their purchases. They usually have a preferred genre or developer and have an understanding of them and will follow them. Depending on their preferences they may or may not know about some indie games or smaller studios out there, however they do know about AAA studios.

As for skill level, they can become skilled at their preferred genres, due to them wanting to finish the game or reach the end of the content.

Literate: I’m actually not the one who came up with this term, I read a post on Gamasutra a few years ago where someone suggested using this term to describe gamers. If anyone can find that post or the author, let me know and I’ll give them credit here.

To me, a literate gamer is someone knowledgeable on both games and the industry. They play multiple platforms and genres and follow multiple companies. Usually these people are those either in the industry or trying to get in and that has helped their understanding. While they may really like one or two genres, they like to branch out and try out other games.

Like mainstream, they prefer to finish the games they play and can be motivated by achievements. However the difference is that they are more familiar with smaller developers and Indie projects. While a mainstream gamer may find out about a cool Indie game after seeing it reviewed, a literate gamer would have already found it and played it.

Skill level can be all over the place, since they are familiar with the most genres. Depending on their actual preferences, they could be excellent at one genre, and poor to average in another.

Hardcore: Hardcore to me is the idea of a casual gamer, taken to its extreme. Like a casual gamer, they will only play either one game or one specific genre. The difference is that while the casual gamer does this only for a few minutes or just for the experience, hardcore gamers play to win. When people make fun of “fan-boys” or talk about those that religiously defend certain games, they are talking about hardcores.

Hardcore gamers will play to get every little drop of gameplay accomplished out of their preferred game. Another example is when you hear about people who will beat all the new content in a MMO within a few hours or days. Because of their commitment, they have the highest skill or best gear in any game they play. In terms of industry knowledge, they don’t follow the industry as a whole, but know the ins and outs of their favorite genre or company. Achievements can be a big deal for them, and will strive to achieve 100%.

Because of their level of skill at the game, hardcore gamers largely make up the group of professional gamers – gamers who play games in tournaments or groups as a sport. Due to that dedication, they are the group that finds the exploits or optimal paths through their games. Lastly in terms of size, hardcore gamers represent the smallest group, as many people just don’t have the free time to commit to one game like this.

Interestingly enough if I were to define myself, I would say that I fit somewhere between literate and hardcore. I play A LOT of video games, to the point that I could spend a few days listing them all. However, I could never sit and play just one video game day in and day out; this is why I could never be a competitive gamer.

I’m not looking to start a new movement, but it would be nice for everyone to agree to certain terminology as I think it would make all our lives easier.（source:gamasutra）