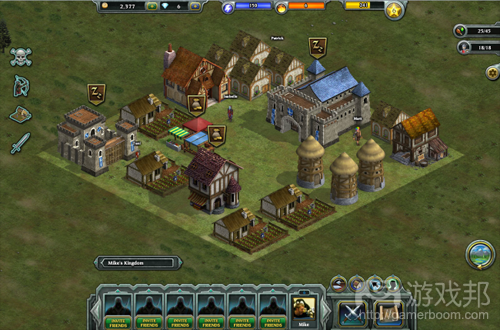 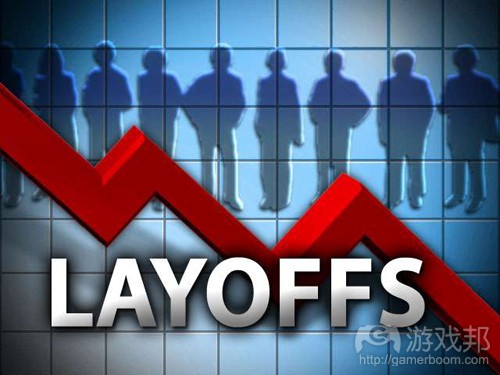 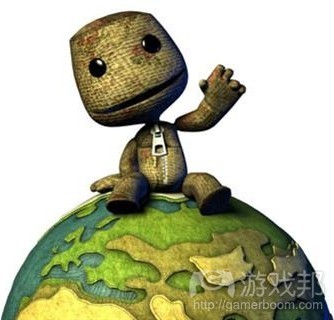 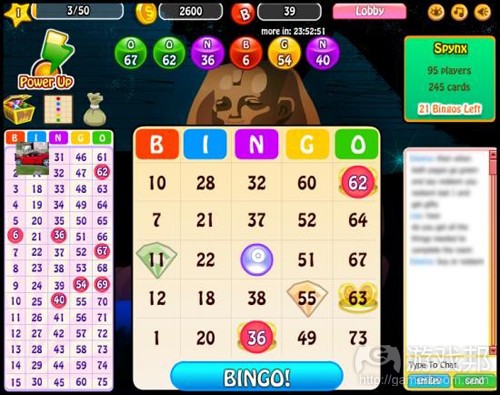 Funzio’s hardcore strategy/role-playing game is now live on Facebook, after it debuted on March 1 for a 45-day exclusive on Google+.

Even though Kingdom Age is live on Facebook, Funzio has yet to officially announce the game’s launch on the social network. The company’s official website still only links to the G+ version.

Kingdom Age is the second social game from Funzio. It features similar strategy/RPG mechanics to the developer’s first social game, 2010′s Crime City. Even though hardcore strategy titles don’t bring in the same sort of user numbers that more casual titles like Zynga’s “Ville” games or King.com’s “Saga” titles, Crime City was a success. The game peaked with 7.3 million monthly active users and 1 million daily active users, but its traffic has dwindled since April 2010. It now holds steady around 1.6 million MAU and 150,000 DAU.

Kingdom Age’s arrival on Facebook could also mean Funzio is looking to take the title cross platform. It would be a logical move, based on how the company took Crime City to iOS and Android from G+ and Facebook. Even though the Facebook version of Crime City has declined in popularity, the mobile version is still going strong. The iPhone version of Crime City is currently the No. 31 top grossing iPhone app, according to our traffic tracking service AppData.（source:insidesocialgames）

Electronic Arts has an internal shakeup in the works, according to several reports around the web today. While EA representatives claim that the world’s biggest games publisher is still on an even keel, the worst accounts claim that more than 10 percent of the company’s staff could be on its way out the door.

Startup Grind kicked off the story, citing unnamed sources within EA who say that between 500 and 1,000 employees are due to be laid off “very soon.”

EA quickly responded by not denying the reports outright but claiming that while some people may be leaving, the company still plans for net growth in employment by the end of 2012.

The full statement from EA’s American representatives reads, “EA is growing and looking to hire hundreds of people for our digital, console, mobile, and social games. Like all game companies, we make occasional adjustments to resize teams as projects are completed and new priorities are established. Overall, we expect that headcount will be up at the end of this year.”

EA sent a similar statement to the European trade paper MCV: “There are no lay-offs as such; we always have projects growing and morphing. At any given time, there are new people coming in and others leaving. EA is growing and hiring and building teams to support the growing demand for digital games and services.”

At present, according to EA representatives, the company employs approximately 9,000 people worldwide.

The reports, and EA’s responses, raise interesting questions as to which branches of the company might be losing staff and which might be growing. Startup Grind points out that while EA boasted of moving more than 2 million units of Star Wars: The Old Republic in its latest quarterly earnings report, the highly budgeted, massively multiplayer online role-playing game may still not be performing up to expectations. China may be a target for expansion as EA recently announced a partnership to bring its lucrative social-gaming version of The Sims to the Chinese market, where online and social gaming are vastly more popular than console and traditional PC games.

EA’s stock price fell by just shy of a dollar today, leaving it at $15.21 per share when the markets closed. Since peaking at more than $25 per share in early November 2011, EA stock has been on a steady slide.

Even the hint of layoffs isn’t the best news for EA, which has taken a number of blows on the public relations front recently. The embattled publisher beat out too-big-to-fail Bank of America to be dubbed the worst company in the United States a few weeks ago, and though its outward response was rather flippant, within EA the award may have left a mark.

Pulling back to look at the industry as a whole, rumors of restructuring at EA come on the heels of layoffs at other major publishers. THQ announced sizable layoffs and the downsizing of key projects early in February. Sega followed suit a few days later by cutting more than 500 employees and likewise trimming down staff on some of its in-development games. At the end of the month, Blizzard Entertainment let 600 people go amid news of contraction in the World of Warcraft subscriber base. Just a few days ago, Sony took the cake by announcing a massive restructuring and reinvestment effort that may see as many as 10,000 current employees let go.（source:venturebeat）

Let’s just get this out of the way: If Sony and Media Molecule’s Sackboy went social, we might never leave Facebook. Now, gaming news site TheSixthAxis found a job posting for a lead community manager on the LittleBigPlanet series of PlayStation games that calls for “strong knowledge and passion for games, ideally to include social gaming and MMOs.”

Of course, this is not to say that Media Molecule or any of the other studios that work on LittleBigPlanet games have a social game or massively multi-player online game (MMO) in the works, but it shouldn’t be out of the realm of possibility. For one, the LittleBigPlanet games on the stable of Sony game systems are known for their deep online community components.

That said, it might be logical for the developers to take a crack at two of the fastest growing segments of gaming: social games and MMOs. Of course, the LittleBigPlanet teams could seek a community lead with this experience simply due to their games’ strong focus on online play both cooperative and competitive. Keep in mind, no other job opening mentions social games or MMOs. Still, our hopes are high for LittleBigFacebook or, as TheSixthAxis puts it, LittleBigUniverse.（source:games）

4）After cut ties with RockYou, Galactic Allies maker 3 Blokes will live on

Well, at least the 3 Blokes team will live on–just under a new name. Of course, with a new name comes new management. After social games publisher RockYou shuttered the Australian Galactic Allies creator, most of the team has decided to continue attacking the core social games scene. 3 Blokes GM George Fidler told Polygon as much during a recent interview.

“The good news is we do have another opportunity, it’s just a couple of weeks away before it is announced,” Fidler told Polygon. “I don’t think it will be the end of the team. Our employment has ceased with RockYou and we will be reemployed under a new organization in the near future.”

RockYou gave 3 Blokes the ax after its releases aimed at core gamers failed to take off and the publisher opted to focus solely on publishing, rather than internal development. However, that hasn’t broken the developer’s spirit, as it still intends on making core-focused social games with its new name and management, which it looks to reveal in the near future.

“We’ve developed expertise in developing hardcore strategy games for the Facebook market and there are lots of opportunities in that space. While core games on Facebook aren’t RockYou’s current direction, there are lots of other companies that are very interested in that space,” Fidler told Polygon. “It’s just one of those things — they changed directions and we didn’t fit their strategic focus.”（source:games）

BitRhymes, the San Francisco-gaming startup behind a bingo game that has attracted about 400,000 daily active users on Facebook, has raised $1 million in angel funding.

BitRhymes’ rise comes at an interesting cross-roads for casino-style games on the Facebook platform. Not only are they becoming more popular, considering last month’s release of Zynga Slingo, a combination of slots and bingo, there’s also a chance they could become much more lucrative if the regulatory environment changes. Back in December, the Justice Department also issued a legal opinion that may open the door to certain kinds of legal online gambling in the U.S., a new market opportunity that social gaming companies including Zynga are exploring.

Aiming squarely at female gamers, BitRhymes is behind Bingo Bash. It was a game that was quietly launched last June and then picked up momentum in the fall by adding more than 2 million monthly active users (see the chart below with usage data from tracking service AppData). The company took funding from IGN founder Mark Jung, World Golf Tour chief executive Yu Chiang, former general counsel of Apple and Oracle Dan Cooperman and Doug Bergeron, the chief executive of VeriFone. The company came out of mobile accelerator Tandem Capital, which has also been behind other gaming-related startups like Gimmie.

With the funding, BitRhymes is planning to localize the game for different markets by making it available in 10 languages. It’s also putting more fuel behind mobile versions of the game after the release of Bingo Bash HD for the iPad. BitRhymes says that players who use the game on both iOS and Facebook generate three times the revenue of users on a single platform.（source:techcrunch）