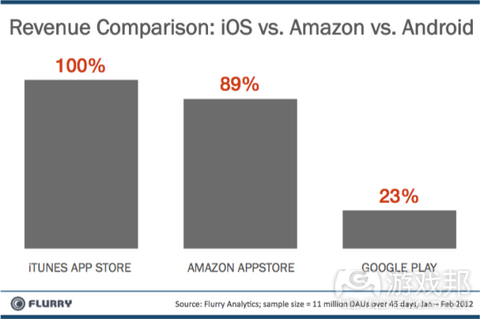 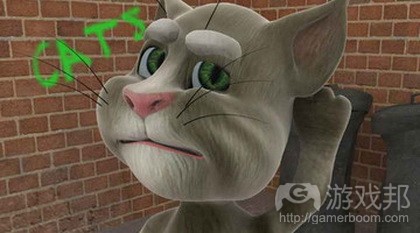 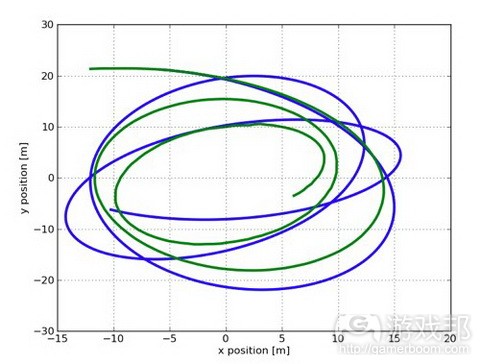 1. According to new data released today by mobile analytics firm Flurry, Amazon’s Appstore for Android is generating more revenue per daily user than the Google Android Market, which was recently rebranded as the Google Play store. That shouldn’t be surprising, given that Amazon vets apps for quality, runs promotions to entice users to return daily, and perhaps most importantly, is able to leverage its established user base of Amazon account holders who already have credit card information on file – perfect for one-click checkouts.

To generate its figures, Flurry examined a set of top-ranked apps that have a presence on all three stores: Apple, Amazon and Google Play. Combined, the apps average 11 million daily active users.

The findings back up Flurry’s December report, which found the Android Market to generate 23 cents of revenue for every dollar generated by iTunes.

Flurry cites Amazon’s online retail prowess as reason for its success. “Amazon, who invented the one-click purchase, perfected online shopping with data, efficiency, and customer service,” says Flurry’s VP of Marketing Peter Farago. Meanwhile, running a store – whether digital or retail – is not one of Google’s core competencies, he notes.

The data speaks to Amazon’s potential (or really, its place) as a viable third ecosystem for developers looking to generate revenue, which leaves one wondering where the Microsoft/Nokia ecosystem will fit in. Can the mobile app ecosystem support it as a strong fourth player one day, too?

Farago tells us that Flurry believes it can. “We believe that Microsoft + Nokia have a lot of the key assets to succeed, from a powerful OS, hardware know-how and, most importantly, building robust third party developer support. We are bullish on their progress,” he says.

He also suggests that Amazon’s success may leave other players considering similar tactics – that is, forking Android to build their own Android-flavored OS and associated app store.

Samsung, specifically, is called out as one company that might see this path as appealing. Farago explains that most OEMs want to differentiate their software, if for no other reason than to please carriers which want unique phones.

“Software is the easiest way to achieve this,” he says. “If all hardware makers have the same software, then differentiation drops.”

With Amazon’s growth as a revenue generator for developers as well as a new hardware competitor, Flurry thinks Samsung may be considering its own Android fork.

“If you put together the idea that OEMs want differentiation and Amazon is now competing strongly against Samsung in the tablet category, as well as its ability to make revenue for developers, then a fork for Samsung becomes a real strategic choice to consider,” Farago explains. “Let’s also not forget that apps will soon be on TVs, where Samsung already has a strong footprint in hardware. Finally, Samsung has Bada. If they haven’t switched to that already, then it’s because Android is working for them well enough, until possibly now. If that’s the case, a fork of Android again looks like an alternative to evaluate.”（Source：techcrunch）

2. Zynga confirmed that one of its key technologists Neil Roseman has resigned from the company. Roseman served most recently as vice president of engineering on Project Z, which was announced earlier this month as Zynga.com.

The Zynga.com platform is strategic for the San Francisco company’s effort to diversify beyond Facebook. Roseman left the company about three weeks ago, after the platform launched. He told AllThingsD that he had been spending three to four days a week in San Francisco and left the company because he wanted to spend more time with his family in Seattle.

Before joining Zynga, Roseman was chief executive of Evir, a semantic web startup funded by Paul Allen. He was also one of Amazon.com’s first engineers. Veevaert was previously president of Jerry Bruckheimer Games and also worked for Microsoft’s game business for about eight years.

3. Disney and Japan’s DeNA have agreed to collaborate on mobile social games to be launched on a worldwide basis. The deal is part of a larger entertainment collaboration.

Under the deal, both companies will collaborate to produce games for DeNA’s Mobage mobile social gaming platform.

The companies launched their first jointly developed social game, Disney Party, two days ago on the Mobage network in Japan, where DeNA has 35 million users who spend so much money on mobile entertainment that they generated $1.4 billion in revenues in the past year. A second title, Disney Fantasy quest, will debut on April 2. A third title based on Disney’s Marvel Comics characters will debut this summer in Japan. Disney Party is a free-to-play social party simulation game for mobile phones. Players can opt to buy virtual goods with real money. Players can decorate their rooms with objects that will draw visits from Disney characters. The players can then pose (or, rather, have their avatars pose) for pictures with the Disney characters.

Local versions of thse games are scheduled to be launched as smartphone apps after July on the Mobage networks outside of Japan. Those titles are the first jointly developed games that DeNA has released outside of Japan and more are in the works. The focus will be on mobile games, but the collaboration will extend beyond that as well to Disney movies, Disney TV programs, and Disney smartphone apps.

“Disney’s characters and stories have cross-border and cross-generational appeal,” said Isao Moriyasu, president of DeNA, in a statement. “DeNA has enormous reach around the world with its proven cross-device platform for mobile social games. Together, we can delight millions of players with games featuring Disney’s and Marvel’s beloved characters.”

Disney Fantasy Quest is a social card-collection game, while the Marvel game will be a free-to-play social card battle game.（Source：venturebeat）

Mobile developer Outfit7 has revealed that its Talking Tom Cat app has now passed 360 million downloads, and has a staggering number of monthly active users.

“We have now passed 360m downloads, and we have a little bit more than 100m monthly active users,” executive chairman Narry Singh told The Guardian.

The game, available for Android and iOS, was first released June 2010 and repeats what players say in a funny voice. Outfit7 had previously reported that on Christmas Day 2010 alone it made $200,000. And business is still good.

“The numbers seem to be rocketing upwards at a slightly faster trajectory than last year, and we have very aggressive and ambitious goals for 2012. Over the holiday season, we averaged 1m downloads a day.”

The series has expanded to include ten more apps, including Talking Bacteria John, Rex The Dinosaur, Lila The Fairy. Each app is carefully cross promoted so users download more than one. 45 per cent of 100,000 Outfit7 app users have two or more.

“I’m very bullish: I don’t think apps is a flash in the pan,” Singh said of the company’s success. He also explained that other, more traditional media companies, are realising the reach of small mobile developers.

“If you look at our monthly actives, we’re already twice the size of America’s largest TV network,” he said.

“Furthermore, we have a granularity of understanding about our users that they have only fantasised about in the analogue world.”

“It helps that some of the CEOs of the largest media companies in the world have grandchildren who are obsessed by Talking Tom Cat… They realise that the next Harry Potter will not come from Hollywood or Bollywood, but from a mobile app.”

Four months ago the company announced that its entire range of Talking Friends product had seen 225 million downloads, when Singh also referred to the next Harry Potter coming from the mobile market.（Source：gamesindustry）

5. Rovio may have teamed up with NASA to help launch Angry Birds Space, but it’s clear the developer took some … creative liberties. At least that’s what Southeastern Louisiana University associate professor of physics Rhett Allain told Mashable. In fact, they’re not even close to realistic, according to Allain, but at least it makes for a good game.

“For Angry Birds Space, it looks like gravity on the birds is just a constant value,” Allain told Mashable. “One of the things that’s important for orbital motion is that the further away you get the less that force is. In this case, it looks like that’s not true. In space, if this were actual gravity, the mass of the planets would have to be so large in order to get these kinds of orbits-bordering black hole density. At least neutron stars.”

Unless the Angry Birds were sent to a dimension in which mass itself behaves differently, Allain says the physics in Angry Birds Space are blatantly bonkers. Of course, Allain also is smart to point out that this isn’t necessarily a knock on the game, because nearly all games with real-time, unpredictable interactions have their own physics engines. And if you ask Allair, “Some are more interesting to look at than others.”（Source：games.com）

6. Having broken iTunes when it launched, and managed 10 million paid downloads in under three days, Angry Birds Space continues to generated headlines.

According to CMO Peter Vesterbacka, the game has now done more than 20 million downloads – on iOS, Android and PC/Mac – in its first week.

“A great start” he tweeted.

Of course, it’s got plenty of catching up in terms of reaching the more than 150 million downloads each of the first three games have done.

No doubt the release of a free-to-play version will aid that; plus the Windows Phone 7 version, of course.（Source：pocketgamer）