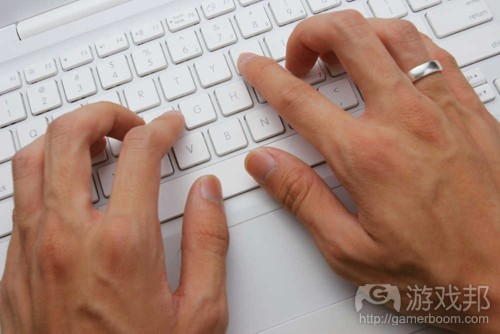 Game designing and writing as professions

I was at a local game shop the other day to try out 4th edition D&D seasonal adventures. One of the players had played Warhammer 40,000 but had never played D&D. I discovered on further acquaintance that she likes to write fiction. This seems to be the most common hobby cum professional objective of people in their late teens or early 20s, after wanting to make video games, though that observation comes from my own experience rather than surveys. (Before someone comments that surveys show that teens want to be doctors, lawyers, teachers, and sports people, I’m talking about what they really want to do, not what they think they ought to want to do, or think that others think they should do, or what they think they will have to do.)

Fortunately this 19-year-old recognizes that she isn’t likely to make a living from writing; unfortunately she doesn’t really have any idea of what else she might want to do.

I guess that the number of people who make a full living from fiction writing worldwide is in the hundreds rather than the thousands. I recently read an interview with Glen Cook, who is one of my favorite fantasy authors, who said:

“Even in my best years of the first thirty it was never more than hobby money. The last maybe five I’ve made enough to support myself in genteel poverty. Certainly not enough to support a family and put three sons through college.”

This is a man who worked full-time and retired from General Motors, and wrote in his spare time, but had a lot of books published. Now that he’s retired he does about two a year.

In contrast the number of people who make a full living from tabletop game design is very likely less than 100, total, no more than a quarter of those freelancers. The obvious freelancers are Reiner Knizia, Klaus Tauber (Catan), and Alan R. Moon (Ticket to Ride), and likely Richard Borg (Liar’s Dice, Memoir ’44 etc.), plus people who work at Hasbro and a few other companies.

Perhaps even more in fiction writing than in games, it’s very rare for young person to become well-known. Despite the exception of the author of Eragon (who got a lot of help), how many successful fiction authors, people who make enough to make a living, can you name who are less than 30 years old? There’s probably somebody in tabletop game design under 30, but the ones I’ve named above are much older than that. Part of this may simply be that you need to do quite a few things before you become well-known, but in fiction writing I also think it’s a matter of personal experience. The authors of really affective [sic] fiction can draw upon a wealth of life experience: they’ve personally experienced love and death and disappointment and betrayal. (When I talked about experience to my 19-year-old acquaintance she pointed out all the things she had *done* (such as skydiving and horse riding) rather than all the emotional experiences she had had.)

In the age of instant gratification it’s now even harder for young people to recognize that practice makes a difference, THE difference. This is true for fiction writing and it’s also true for game design. This is what Cook had to say about fiction writing when asked “Do you have any advice for beginning writers?”

“This is the easiest answer of all. Write. Don’t talk about writing. Don’t tell me about your wonderful story ideas. Don’t give me a bunch of ‘somedays.’ Plant your ass and scribble, type, keyboard. If you have any talent at all, it will leak out despite your failure to pay attention in English. And if you didn’t pay attention, learn. A carpenter needs to know how to use a hammer, level, saw, and so forth. You need to know how to use the tools of writing. Because, no, the editor won’t fix it up. S/he will just chunk your thing in the shit heap and go on to somebody who can put together an English sentence with an appropriate sprinkle of punctuation marks.”

Jerry Pournelle used to say you too can be a novelist if you’re willing to throw away your first million words. Brandon Sanderson, who is finishing the Wheel of Time series following the unfortunate death of the original author, wrote something approaching a dozen novels before he sold one. Glen Cook apparently wrote a great many novels before he sold one. And none of those old novels will ever be published.

Fortunately my 19-year-old is writing rather than just talking about writing. I know another 19-year-old who wants to be a novelist who can only make herself write as part of National Novel Writing Month every November. With the support provided by others then and the aspects of a contest she can do it; the rest of the time it doesn’t seem to happen. That’s not going to work in the long run, is it?

Perhaps several hundred people work as game and level designers in the video game industry and make a living. But very few of them came out of school to get a job as a designer. Just as it’s necessary for an aspiring fiction writer to have a fallback career in mind that will enable them to actually make a living, it’s necessary for an aspiring game designer to gain other skills that can make them a desirable employee in the game industry. This would usually be programming or art, of course, although many people in game design and even game writing started out doing something for game companies that was not directly involved with game creation, such as game testing, working in the mailroom, working in the IT department, working in marketing, and so forth

Just as Cook says that you have to write I tell students that if you want to be a game designers you’ve got to design games. And you’ve got to take them all the way through to completion, it doesn’t help just to get ideas or to flesh out the ideas a bit and then stop. A playable prototype is only the beginning.

Of course, to begin with it makes a lot of sense to modify existing games to improve them rather than to do games from scratch. When I was a teenager and early 20 something I designed Risk variants and Diplomacy variants. But I had also designed games to play by myself, once I’d been exposed to commercial wargames beginning with Conflict when I was very young, then American Heritage Broadsides, and then especially Stalingrad, Afrika Korps, and other Avalon Hill games. But I tended to design games that were not commercially viable: for example I designed a massive space wargame that I played solitaire with many many sides, far too many to be practical, and also it used fog of war but there was no mechanism for it, I just pretended as I played each Empire that I couldn’t see where the opposition was and didn’t know what they were doing.

So when I teach beginners game design, one of the first things I do is talk about what an inadequate game Monopoly is (especially for adults), and why, and then have them try to come up with ways to improve it. And I have them actually play their variant to see that it usually won’t turn out the way they think it will.（source:pulsiphergamedesign）