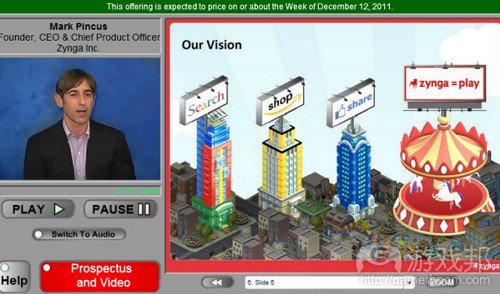 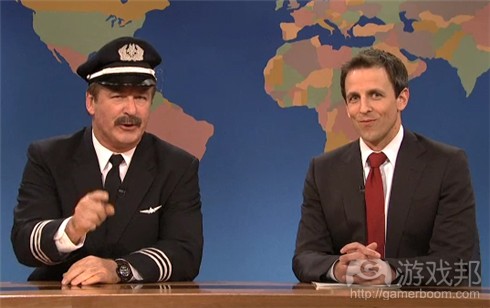 With social gaming giant Zynga’s IPO to begin trading later this week, analyst group Sterne Agee has initiated coverage of the company with an “Underperform” rating.

Sterne Agee’s Arvind Bhatia noted that, while the potential for social games is definitely present, Zynga’s growth has slowed down rapidly in recent months. The company revealed in September that its profits and userbase both declined during its June fiscal quarter.

Zynga has set the price range for the IPO at $8.50 to $10 per share. However, Bhatia noted that he will be initiating coverage of the company with a target price of $7 per share.

“We are initiating coverage with an Underperform rating,” he explained. “We think Zynga’s growth is slowing even faster than what is obvious at first, its margins are under pressure, and free cash flow has been declining recently; thus we believe the implied valuation in the IPO is not justified.”

He cited Farmville and Cityville as titles from Zynga that have now peaked, and noted that Castleville, the latest release in the Ville series, is only averaging DAUs 50 percent below what CityVille achieved during the same timeframe.

Finally, Bhatia explained that Zynga’s overreliance on Facebook is a concern. Zynga currently sees 94 percent of its revenue generated from Facebook, and Bhatia argued that any disruption to Facebook or policy changes to the service could impact negatively on Zynga.

“Hardcore” games require “hardcore” people behind them–even on Facebook. Kixeye, creator of such games on Facebook like Backyard Monsters and War Commander, announced that it has hired Brandon Barber as SVP of Marketing. Barber comes to Kixeye from Lionside, a social games maker he co-founded and sold to ngmoco in June. But before that, he was a Zynga man.

In fact, Barber was the first ever VP of Marketing at the social games giant, which is now poised to go public on the stock market this week. According to Kixeye, its new SVP of Marketing helped lay the groundwork for Zynga’s communication, brand and marketing strategies. And before event that, the guy was a marketing head with EA. In other words, this guy knows his stuff.

And he apparently knows good games when he sees them, too.

“Kixeye is pushing the limits of what is possible in online gaming,” Barber said in a statement. “They’ve moved beyond cutesy Facebook games targeting 45 year old housewives to create games that gamers can actually be proud of. Will and the Kixeye team are showing the world that social games can engage users on a visceral and cerebral level. I look forward to being a part of that.”

Kixeye’s motto is “play to win,” and with over 1 million more monthly players than its closest competitor, Kabam, the company seems to be doing an OK job of that. Granted, the majority those 3.8 million monthly players are in Backyard Monsters, but we have a feeling Barber is there to help change that. Barber is the second Zynga veteran to join Kixeye this year.（source:games）

This new version of the game has been specifically designed to take advantage of Google’s browser, and is the latest in PopCap’s continual push to offer its titles across a wide range of devices and platforms.

“Everyone is looking to HTML5 these days because it holds the promise of cross-platform development across all browsers and mobile devices,” said Giordano Bruno Contestabile, Bejeweled franchise business director at PopCap.

“While it’s still early in the technology life cycle, we at PopCap are very interested in the potential of HTML5 gaming, and this game is one of the most advanced and impressive HTML5 games yet implemented.”

Contestabile previously discussed his interest in HTML5 during this October’s GDC Online, when he said that “HTML5 might be the hope” for ubiquitous cross-platform development.

Alongside this announcement, PopCap said that it will bring its popular Plants vs. Zombies and Peggle to the Android Market later this week, further expanding the company’s presence in the mobile space.

Earlier this year, the company was among the first to offer apps on Google+, and recently expanded its catalog to new devices by jumping onto Amazon’s Kindle Fire.

Just last week, PopCap announced that its popular Bejeweled 2 and Bejeweled Blitz will use a free-to-play model to help lower the barrier of entry for players across iOS and Facebook. （source:gamasutra）

That is, if you listen to doomsayers analysts like Exent’s head of content programming Rick Marazzani. IndustryGamers reports that Marazzani predicts that 2012 will see the social games space thin out as a result of Zynga’s meteoric rise to dominance. According to him, downsizing at companies like RockYou and Playfirst is just the beginning of a terrible time for social games.

“With multiple hit games and big marketing budgets needed to stay afloat at the top of the Facebook game charts, many social publishers simply weathered 2011 waiting to see what Zynga’s IPO would foretell for their own futures,” Marazzani said. “Faced with the reality that there are too many people working on too many games for the market to bear, social developers will be forced to place smarter (and fewer) bets as user acquisition cost and competition grows. The result will be more belt tightening along the lines of developer RockYou (ZooWorld), who shed 40% of its staff in late 2011.”

In other words, the social game craze is going to die down come next year, and with it so will hopeful game developers’ salaries. Marazzani made the prediction within a series of projections for the future of gaming issued by Exent, a provider of games on demand services. The company’s other educated guesses include that Android tablet gaming is going to take off, a renaissance in location-based mobile gaming and more. But you’ve got to wonder, prediction or not, how the little guys will continue to survive underneath the cold shadows of Zynga, EA and wooga.（source:games）

5）Alec Baldwin on SNL: Zynga’s Words With Friends is ‘for smart people’

Alec Baldwin, award-winning actor and TV star of NBC’s currently-running “30 Rock”, is milking his fight with American Airlines over Zynga’s Word With Friends for all the publicity he can get. Which is strange, because he certainly doesn’t need it. But after deleting his Twitter account, Baldwin made a surprise appearance on Saturday Night Live’s Weekend Update, and sat for

an interview with Seth Meyers to talk about what happened. Except, he didn’t show up as Alec Baldwin, but as “Captain Steve Rogers” (which superhero comics geeks would recognize as the alias of Captain America). This, of course, is Baldwin’s impersonation of the real AA pilot of the plane he was on, Captain Steve Roach.

In under three minutes, Baldwin mocked American Airlines’ decision to boot him off the plane, bashed the Federal Aviation Association (FAA) policy of forbidding the use of wireless devices on planes, engaged in comical and completely unsubtle ego-stroking, and managed to self-style himself as the unofficial spokesman of Zynga’s premier word game. You can watch the whole thing above or on the SNL website, but here’s a sample transcript:

MEYERS: “So let me get this straight, you, Captain Rogers, want to apologize to Alec Baldwin?”

BALDWIN: “Yes. Mr. Baldwin is an American treasure, and I am ashamed at the way he was treated. I mean, what harm would it do to let him keep playing his game — not any game mind you — but a word game for smart people.”

MEYERS: “It was also reported that Alec Baldwin slammed the bathroom door so loudly that you could hear it in the cockpit.”

BALDWIN: “Now, Seth, Words with Friends can be frustrating. And again, I just started to play the game myself. But when you think you’re about to play JAILERS off of someone’s QUICHE and then you realize you don’t have the ‘I’, let me tell you, that would make you slam the bathroom door too!”

Obviously, Baldwin’s outburst has attracted plenty of media attention and Zynga’s support. Though judging by the actor’s actual, serious apology in The Huffington Post, Baldwin hasn’t so much been aiming to free advertise for Zynga as crusading against what he believes to be the dwindling quality of service offered by US airlines. Of course, free publicity never hurts, and remember, BROUHAHA alone is worth 16 points in Words With Friends.（source:games）

Online gaming firm Nexon went public today on the Japanese stock market, raising $1.2 billion in a move that will call a lot of attention to the virtual goods and online gaming markets.

The company’s online gaming business has grown fast in Asia over the past decade and it has become a worldwide business built on the free-to-play business model, where users play for free and pay real money for virtual goods in small transactions. Nexon pioneered the model that Zynga is using to make its own play for an IPO in the social gaming market. While Zynga has gotten more attention, it will be interesting to see if, as Business Week suggests, Nexon gets more attention with its stock than Zynga.

Next to Zynga’s expected IPO, the Nexon deal is one of the biggest pending IPOs in the video game industry and it’s an example of the continuing strength of Asian online game companies. Nexon in particular has pioneered the top business model of the day: free-to-play games where people play games for free and pay real money for virtual goods. It’s a growing business: Market researcher Strategy Analytics expects the virtual goods market to grow from $6.8 billion in 2011 to $12.7 billion in 2016.

Now it has 57 online games played in 104 countries. Some 32 of the games are role-playing games, six are first-person shooters, and 19 are in other categories such as social games. Nexon’s KartRider game has more than 270 million registered users.

Among the investors is Min Seo, Sangbeon Kim, Seungchan Lee, Softbank Ventures Korea, NE Partners and Insight Venture Partners. Nexon said that it invested in JC Entertainment on Oct. 24, giving it a 16.3 percent share in the company.（source:venturebeat）