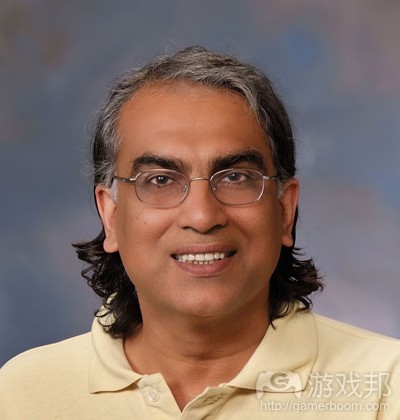 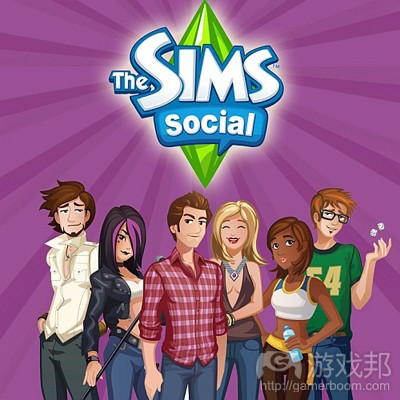 GREE is apparently killing it on smartphones, specifically on the iPhone. According to a recent statement by GREE CEO Yoshikazu Tanaka, his company’s sales coming from smartphones grew by 655% from June to October.

Tanaka also mentioned one specific, very interesting data point that made heads turn even in Japan’s social gaming industry (which is used to hearing big numbers from the platform providers).

According to GREE, doliland (a first party RPG) is generating 2 billion yen per month in virtual items sales: that is US$26 million.

doliland is currently on the top position in Japan’s iTunes store for the highest-grossing apps, which is not really a surprise.（source:serkantoto）

Sure, it’s shattered every other record out there, so why the hell not? It Girl maker CrowdStar’s CEO and OpenFeint chairman (busy guy) Peter Relan agrees when asked whether CityVille creator Zynga could truly double its paying base of players. If you remember from last week, company CEO Mark Pincus made the bold claim during a presentation to investors in Boston.

According to Relan, this could happen one of two ways: Either Zynga simply grows to engross 300 million unique monthly players (the number of Facebookers is slowly nearing 1 billion globally), or somehow get more like 4 to 5 percent of its existing players to start paying up. Even with the norm for paying players being 2 to 3 percent, this would be quite the challenge for the company, which is poised for its initial public offering this week.

“Could 30 percent [of Facebook users] play Zynga games over time? Yeah,” Relan confidently replies. “That doesn’t seem like a 60-70 percent number, right? I think [the latter] one is trickier, and not so easy. But I think that the definition of paying will change. I think advertising may become a bigger portion of their revenue, because often times when you have scale–people are not pulling out their credit cards–you can stick ads in front of them and they become monetized users in that way.”

As for whether Zynga’s current valuation of $6 to $9 billion is crazy, the CrowdStar chief’s opinion seems to have changed since Zynga first revealed it would go public. “I think the $20 billion one was a little suspect,” Relan admits. So, if it’s really in that range [between $6 and $9 billion], I don’t think it’s totally out of whack. The fact of the matter is that they are the dominant–by far–player in the US social gaming market. And that’s a position, as long as Facebook’s alive, unlikely to be challenged.”

3）Will the infamous ‘Add Me’ page be but a memory, thanks to Zynga?

Update: Thanks to a few of our awesome readers, we’ve learned that the “Zynga Recommended Friends” feature is live. You can access it and make the change right here. However, it appears that this option is simply to opt out of features like FarmVille Friends and Building Buddies. However, Zynga game-wide recommended friends is still a possibility in the future.

Man, and we just made all of those “Add Me” pages! Fansite CE Gamers reports that Zynga will soon (or already has) roll out a feature known as “Zynga Recommended Friends.” This will allow the developer to recommend friends for you–regardless of whether they’re your Facebook friends–based on your level, mutual (in-game) friends.

In essence, this is FarmVille Friends, but across all Zynga games. CE Gamers provides the below screen shot, but it’s unclear where this image comes from exactly, as the Zynga home page does not have a log-in option that we’re aware of. And RewardVille only allows log-ins via Facebook with no customization options. Our best guess is that this is part of the upcoming Project Z initiative, which will supposedly a Zynga games network outside of Facebook … but powered by Facebook.

However, here’s the thing: According to this screen shot, Zynga friends that aren’t Facebook friends with you will have access to your public profile. That’s all well and good for those who know how to put their profile on lockdown, but what about those who don’t? And while it appears that you’ll be able to opt out of recommendations, you may still receive them from Zynga. Just think–soon, you might not have to get lost in 2,500 comment-long threads, all with the same words: Add Me!!!11!11!!!1（source:games）

The Sims Social lost 200,000 daily players over the weekend and 1.2 million monthly players over the past week. Sadly, it looks like Playfish’s most successful game to date shows no signs of stemming off its steep decline, according to AppData. In the game’s defense, last week was huge for Zynga (at least for daily players), thanks to one man: Mr. Alec Baldwin.

When the actor became rather vocal on both Twitter and The Huffington Post for his Words With Friends-fueled snafu with American Airlines, he inadvertently endorsed Zynga’s Scrabble competitor. As a result, the game welcomed 500,000 more daily players in seven days, launching it past The Sims Social. Granted, things haven’t been so hot for the social take on The Sims long before Baldwin’s blunder.

The game has been in decline for some time now, and many players chalk it up to glitches and errors that have gone unfixed. However, we chalk it up to the fact that The Sims Social hasn’t enjoyed major content updates on the scale of Zynga’s games, like FarmVille’s Winter Wonderland. However, this could be an issue of exactly that: scale. Playfish is five studios, while Zynga is 20-something at this point. Regardless, The Sims could always use cars … or how about vacation homes?（source:games）