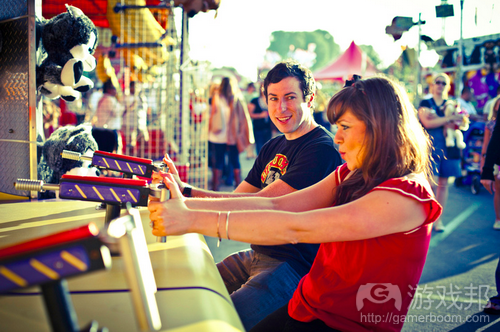 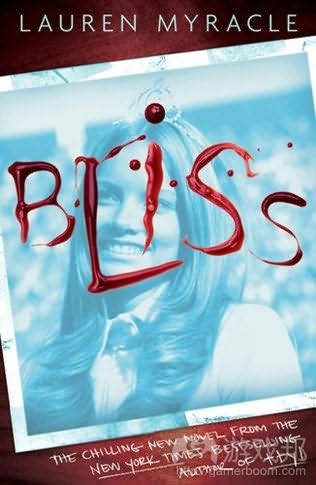 What are the most popular emotions of play in videogames?

Based on the 1,040 responses to the DGD2 survey, I have ranked the top 10 emotions with their average score out of 5 to get a rough-and-ready estimate of the popularity of various emotions. This isn’t a strict scientific measure, as such, but the highest scoring emotions are those for which the majority of people not only recognised having that emotion while playing games, but recognised it enhanced their enjoyment.

I have included my hypothetical deductions concerning the underlying neuro-biological mechanisms where I have some idea of what is involved.

At the bottom of our Top 10, the feeling of utter joyfulness, which is probably the experience of highly elevated levels of the neurotransmitter seratonin. While 27.7% of respondents said no videogame had given them this feeling, 59.9% of people gave this emotion one of the top two responses (with 22.1% actively seeking out games which give them this feeling). I’m actually quite doubtful that so many people have experienced bliss in the sense intended by emotions-expert Paul Ekman (although a study could easily determine this), and I find it more likely that people are taking the description “utter joy and bliss” to mean fiero (the emotion of triumph over adversity), which we will come to below.

Relief, which may be the experiential analogue of the hormone cortisol, has already been acknowledged as an important emotion of play (as we discussed before in the piece on rushgames). Despite this, 21.5% of respondents said no videogame had ever given them this feeling. However, 43% said it enhanced their enjoyment of games, and 14.4% said they sought out games that gave them this feeling.

Here’s a curious one – the emotion of pride in the accomplishments of one’s students or children, referred to by emotion researcher Ekman by the Yiddish term naches. Players seem to really enjoy training their friends and family to play games, with a whopping 53.4% saying it enhances their enjoyment, and another 12.9% saying they seek out games that give them this feeling. (I don’t have the data yet, but I wonder if such people play mostly MMORPGs?) Only 10.9% had never had the experience in the context of videogames. Perhaps, as Katherine Isbister has suggested, more videogames should include a co-operative Tutor mode?

Another emotion we’ve seen in the context of rushgames, surprise is closely related to fear and thus probably relates to the hormone and neurotransmitter epinephrine (adrenalin). Few people (8.1%) had never been surprised by videogames, while more than half the respondants (51.9%) said it added to their enjoyment, and another 14.4% saying they sought out games that gave them this experience.

Yes, arguably the most prominent of the videogame emotions, fiero (the feeling of triumph over adversity – probably a cocktail of norepinephrine, epinephrine, and dopamine) didn’t even make it half way up the top ten! It wasn’t because it wasn’t highly rated – in fact about three quarters of respondants (77.1%) gave it the top two marks, with about a third (32.7%) saying they seek out games that give them this feeling. Still, there were five other emotions that scored more highly, and three other emotions which scored higher in terms of players actively seeking out the feeling…

I wasn’t surprised to see curiosity in the Top Five, but to see it edge out fiero was unexpected! Curiosity, which is an expression of what some psychologists refer to as interest (and could be seen as a behaviour rather than an emotion) seems to relate to the beta-endorphin neurotransmitter, which is involved in a mechanism encouraging animals to explore and seek new stimulus. Nicole Lazzaro was the first person to relate it to videogame play, and with good cause! It pulled in big numbers, with once again about three quarters rating it highly (78.8%) and of these about a quarter (24.3%) seeking out games that give them this feeling. Just 5.4% had never had the experience in videogames.

Well no surprise to see this one near the top! Excitement, as discussed previously, is an expression of epinephrine (adrenalin), and an extremely common experience – just 2.7% of respondents claimed they had never experienced it in the context of videogames. 8 out of 10 people (82.1%) gave it one of the top two responses, with about a quarter (26.3%) actively seeking it out. This emotion also produced the highest incidence of the second-to-highest response (55.8%) in the survey, that is, a strict majority of players recognise excitement as a major contribution to their enjoyment of play.

Another expression of the interest mechanism mentioned under curiosity, wonderment is probably also related to beta-endorphin. Here, the feeling is more intense – and it seems players respond to the greater intensity. Whilst a larger number of people could not relate the experience to their play (8.1% had no experience of it in videogames), 41.5% said it enhanced their enjoyment and an additional 41.2% (for a total of 82.7%) said they sought out games that gave them this feeling. In fact, of all the emotions studied in this survey, this was the highest scorer in terms of respondents actively seeking it out, as even the top 2 emotions did not clear 40% in seeking out the emotion. It seems amazing players is one of the most effective techniques videogames can muster.

I said before the survey began that I suspected that the research community had underestimated the importance of contentment to videogames, and although this crude ranking is far from definitive, it does seem I was correct! 82.7% gave this emotion one of the top two marks, with 38.2% seeking out games that would give them a sense of contentment. Like bliss, this probably connects to serotonin, but whereas more than a quarter of players had no experience of bliss to draw upon, just 5.8% could find no memory of contentment in their play.

But head and shoulders above every other emotion in the survey was amusement (for which I have no biological mechanism, although psychologists link it to the resolution of inconsistencies, and it will involve an endorphin of some kind as well as the pre-frontal cortex). The fewest number of people responded that they had no experience of amusement in videogames (just 1.7%) while a whopping 92.6% gave this emotion one of the top two responses, and 39.7% stating they actively sought out this feeling (second only to Wonderment for the rate of response in the top answer).

It seems that if we want to make better games for everyone, we should be looking at how to make our games funnier, not more challenging!

Finally, you might be interested to know what the bottom three emotions were. At number 20, it was Sadness (2.08), at number 21, Guilt (1.91) and bottom of the barrel at number 22 was Embarrassment (1.70). In all three cases, more than half the respondents said no game had made them feel this way. Oddly, 1.1% of respondents said they actively sought out games that made them feel embarrassed – even allowing for some fatuous respondents, this is still odd. I guess it truly is different strokes for different folks!（Source：onlyagame）