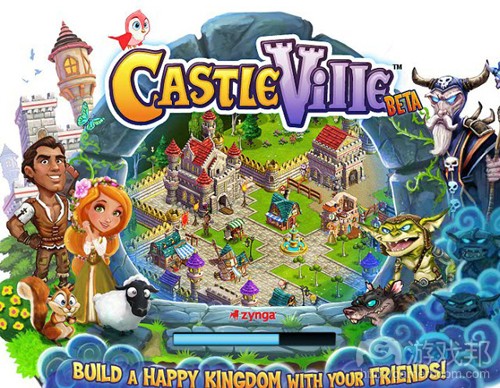 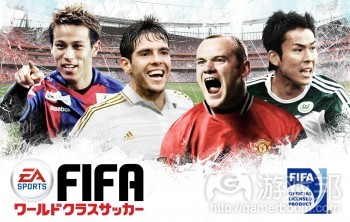 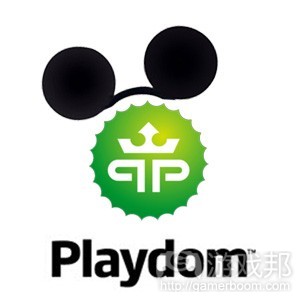 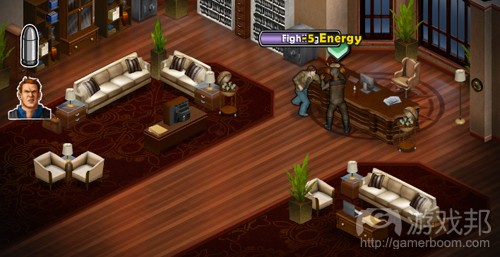 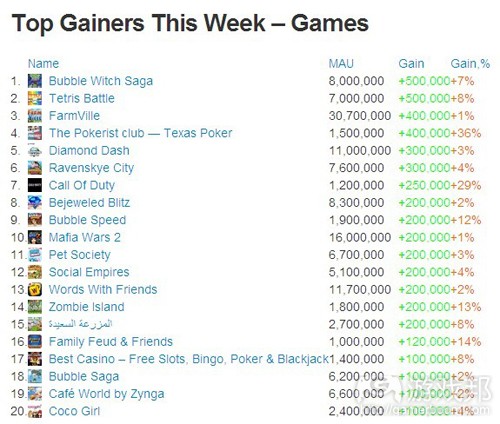 Zynga’s CastleVille social game, the newest title in a series that has entertained more than 100 million Facebook players, is off to a fast start since its launch six days ago. The game is the latest title aimed at making sure Zynga’s initial public offering, expected after Thanksgiving, stays on track.

AppData hasn’t yet updated its numbers on CastleVille and still shows the game at 2.7 million daily active users. But there’s no doubt that the game is growing fast.

As we’ve noted before, CastleVille joins other recent Zynga games, including Empires & Allies, Adventure World, Pioneer Trail (formerly FrontierVille), Words With Friends on Facebook, and Mafia Wars 2. The title mashes up Zynga’s usual cartoon style, which has a wide appeal among Facebook users, with more interesting game play than it has had in the past.

The game was developed by the Zynga Dallas team the company acquired when it purchased Bonfire Studios last year. Bill Jackson, creative director on CastleVille, told us the game has next-generation social features, in a recent interview. Those include faster social interactions and a focus on a player’s reputation for helping others.

In the game, you build your own kingdom. It’s like a combination of Pioneer Trail and CityVille, except in a medieval fantasy setting. Zynga launched the title today in another 17 languages. As such, the game is going to be tough competition for Electronic Arts’ The Sims Social, which has 6.1 million daily active users.

In the global view, CastleVille is clearly a move to hold on to the No. 1 position. About 68 percent of CastleVille players are playing at least twice a day. Zynga says that in six days, 135,176,035 quests have been completed. Players have expanded into new parts of the map (covered by dark Gloom spaces) a total of 4,594,750 times. About 23,845,983 beasties hae been banished. Some 8,262,768 baby cows have been raised. And 182,360 Bubbly Grogs have been crafted. I haven’t gotten around to the latter task yet.（source:venturebeat）

It was a good run for Konami: their mega hit social game Dragon Collection occupied the top spot on the ranking of the most popular titles on GREE for over a year. But Dragon Collection has been pushed down to No. 2 today, and now EA has the bragging rights for the No. 1 game on GREE (among third-party games, at least).

Their FIFA World Class Soccer, available on GREE for Japanese feature phones and smartphones, has been developed by Tokyo-based gumi, one of the most successful third-party social game makers in Japan.

The title is currently No. 1 in the overall ranking on GREE, No. 1 among male users, and No. 3 among all female players.

As expected, FIFA World Class Soccer turned out to be a big win for EA and gumi, but Dragon Collection could still bounce back to the top position – GREE’s ranking usually sees a lot of up and down movements.（source:serkantoto）

The fast-growing Southeast Asian games market is expected to more than double by 2015, according to research.

That number is expected to reach nearly $1 billion by 2015, based on sales generated from an estimated 100 million gamers.

Breaking it down, Niko Partners says that Vietnam is the largest of the six regions in terms of revenue, while Thailand has the highest average revenue per paid user.

Indonesia is also a market to watch, says managing partner Lisa Cosmas Hanson, because of its “fascination with Facebook games.”（source:gamasutra）

Former OnLive VP of games and media John Spinale got traditional game publishers interested in streaming their games, perhaps he has a trick or two up his sleeve for Disney. VentureBeat reports that Spinale has joined Disney as its head of social games, essentially taking over Playdom GM (and Disney Interactive Media Group co-president) John Pleasants’s duties.

Spinale, now based in DIMG’s Palo Alto-Calif. offices, will cover Playdom’s day-to-day activities and report to Pleasants, according to VentureBeat. Before coming to Playdom, Spinale handled bringing dozens of new games and publishers on board to OnLive’s video game streaming service–quite the feat, if you ask us.

“Playdom has an exciting road map for 2012 and beyond, and John will play an important role in bringing the magic of Disney to the world’s most popular social media platforms,” Pleasants said. “Social games are a key part of Disney’s digital strategy, and will be a critical driver of DIMG’s future success.”

This news comes just after Business Insider’s scathing report on the state of Disney and Playdom, citing nameless sources. One source even said, “Six top executives at the VP level or above have moved on in the last three months including Playdom’s Co-COO.” If those statements are to be true, then Spinale has quite a lot of work ahead of him. Spinale will have the golden opportunity to oversee Disney’s long-awaited entry into social games … aside from Gnome Town.（source:games）

5）Your mission, should you accept, is to play this branded Facebook game

Hey, no one said you had to dig it. Paramount Pictures and New York-based Funtactix have launched Mission: Impossible The Game on Facebook to coincide with Mr. Cruise’s fourth flick in the series, Ghost Protocol. The game puts players through the gauntlet of missions set to take down enemies of the IMF–the Impossible Missions Force, not the International Monetary Fund.

Players are sent on a series of eight missions through heavily-guided quests that tell them exactly what needs to be done. That amounts to clicking enemies to take them down, clicking items to search or hack them and–you guessed it–clicking things to add more gear to your home base. Mission: Impossible The Game will take players across the globe in over 200 missions, all accomplished through the almighty click.

“Mission: Impossible The Game goes well beyond a typical social game and brings an unprecedented level of detail and authenticity,” Funtactix CEO Sam Glassenberg said in a release. “It allows fans of the action-packed Mission: Impossible movies to create an agent in the official M:I universe and live a life of espionage and covert operations with their real-life friends as accomplices.”

However, it’s not exactly what one would expect from a game revolving around explosions and espionage. At least there is something in it for you … should you choose to accept it. (Sorry, it’s just too easy.) In the coming weeks before the movie’s Dec. 21 release date, Paramount Pictures will dole out prizes that Mission: Impossible fans can only get through the this game.

Want free tickets to see the Ghost Protocol US premiere, or a hometown screening for you and 30 friends? How do free tickets to the movie when it releases and signed memorabilia sound? Well, then you better stick with the game through Dec. 21. Hey, it’s not like clicking things around is hard labor–just don’t expect giant explosions or epic chase scenes with doves.（source:games）

It’s Bubble Witch Saga on top again in this week’s list of fastest-growing Facebook games by monthly active users. Tetris Battle and FarmVille round out the top three.

If you’re looking for CastleVille, it just shy of the full 7-day traffic requirement to turn up on our AppData rankings charts. When it arrives, expect it to occupy the top spot with around 3.3 million MAU and 2.7 million daily active users already under its belt in six days.

At No.7 this week is a bit of an enigma with Call of Duty. The app is currently sending us to this URL and producing a 403 Forbidden error, which sounds similar to some of the complications subscribers to the Call of Duty Elite fan club are experiencing when trying to link their player accounts in the recently-released Modern Warfare 3 to the service. There’s no information on the app’s Page linking it to publisher Activision or to the Elite service, but 1.2 million MAU and 560,000 DAU doesn’t seem like an accident. If legitimately linked to Modern Warfare 3, it could explain the growth seen in the last 12 days. Activision did not respond to request for comment on the Call of Duty app as of press time.（source:insidesocialgames）