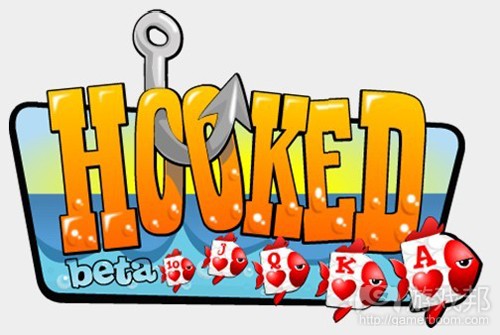 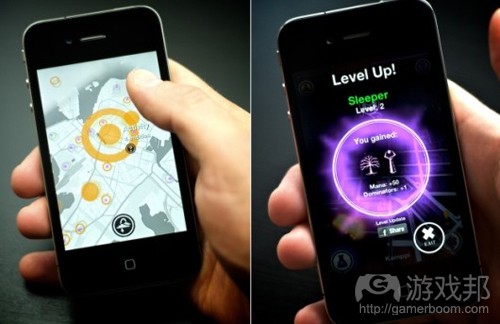 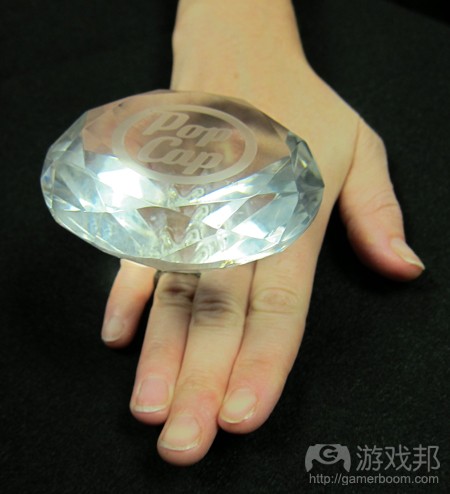 Beijing-based Happy Elements is one of the top Asian social gaming developers on Facebook and has launched a number of popular gaming titles in Japan, China and South Korea. In August 2009, Happy Elements launched its first social game, My Fishbowl, on Facebook. Currently, the game has 1.5 million daily active users.

The new funding will be used to expand to Western markets and to ;aunch of several new smartphone games in 2012. The capital will also be used to hire new talent. In the two years since its founding in 2009, Happy Elements has grown from an eight person team to a staff of 300. By the end of 2012, Happy Elements is planning to launch over eight new games.（source:techcrunch）

Between Zoo World and Gourmet Ranch (among other titles), Facebook developer RockYou can lay claim to over five million monthly active players. Hoping to add to that player base, we’ve received exclusive info from developers on the company’s newest title – Hooked – set to launch in beta sometime next week.

Hooked is the first title from RockYou’s new studio in Redwood City, California, and it offers casino-style video poker / slots in the now popular 60-second “blitz” gameplay format. The game’s theme is an “undersea fantasy world” (just check out those adorable card fish in the logo), and it will offer various gameplay modes depending on each user’s desired play style.

You’ll be able to play in synchronous multiplayer, along with a solo mode. Both modes offer a variety of leaderboards that will compare your stats to your friends, with these leaderboards being wiped every week. When the game launches in beta next week, early adopters will be given extra incentive to come back time and time again by being offered “Tickets,” which seem to be a type of currency that we’ll later be able to use on a variety of different features that won’t yet be available in the game’s first form, but will come soon after release.

One feature we do know of however will be cross-platform capabilities, as a mobile version of Hooked will launch shortly after the launch of Hooked on Facebook. The specific mobile platforms weren’t made clear to us, but we’ll make sure to follow up with that as we know more.

Looking forward to playing Hooked when it launches on Facebook? Check back with us next week as we’ll hopefully be able to take a look at RockYou’s new title in all of its underwater, animated glory.（source:games）

3）Domain Registration Points to Expansion of Zynga Casino – Fusible has found another host of domains registered by Zynga on the day they announced their new game lineup. The purchase of

domains like zyngacraps.com, zyngadice.com, zyngakeno.com and zyngaroulette.com points to expansion plans for the Zynga Casino franchise beyond poker and bingo. The full list of domains can be found here.（source:insidesocialgames）

5）Outfit7 Bring on Singh for “Hyper-Growth” – Outfit7 has revealed it has hired Narry Singh to act as the company’s executive chairman. Singh was most recently the chairman at The Intellidex Group, and is joining the company as it enters a period of “hyper-growth and global expansion” according to a press release. Before recently losing its chief executive Andrej Nabergoj, Outfit7 also had brought on Paul Baldwin, formerly of Gazillion Entertainment and Eidos to act as chief marketing officer.（source:insidemobileapps）

6）Valve Head Critical of Apple’s Approach to Gaming – Valve president Gabe Newell has some concerns about what Apple is doing to the gaming industry. The Seattle Times reports that during panel discussion at the WTIA TechNW conference Newell mentioned he was concerned for the state of the industry due to the growing popularity of closed-garden style distribution platforms like iOS. Newell also speculated Apple’s next move would be to disrupt the console market. “I suspect Apple will launch a living room product that redefines people’s expectations really strongly and the notion of a separate console platform will disappear,” he said.（source:insidemobileapps）

Oh, you must be wondering about that massive cubic zirconium diamond ring right there. Inspired by the story of Chris and Laura Sheriff of Lexington Park, Md., PopCap sent the couple that enormous rock in celebration of their first anniversary. No, the studio didn’t just find two newlyweds to send a gargantuan ring to–the Sheriffs have Bejeweled to thank for their union.

Well, at least a little bit. You see, Chris is a gaming fanatic, while Laura tends to dabble in casual games, namely Bejeweled Blitz. But Chris was never above toppling her scores even between his Call of Duty sessions. “He almost always manages to beat me at Bejeweled Blitz but that one week, I was on fire,” Laura told PopCap. “I racked up a score of over 600,000 which is a lot for me-my highest score ever is 775,000.”

Alas, Chris wasn’t on his A-game that week. “I hit that score early in the week and then I watched as Chris tried and tried right up until the last minute to beat me,” Laura said. “But he just couldn’t top my score. The next day, he surprised me with a proposal, saying that he knew I was the one for him after I trounced him at Bejeweled Blitz.”

It almost goes without saying that the two were officially husband and wife eight months later. The Sheriffs are now the proud, hard-working parents of two children, which has certainly changed their competitive gaming habits. “I think that when we do play now, its more of a planned escape rather than just a random playing,” Laura tell us. “I’m just a casual gamer–I still think the original NES is the best thing ever–so I mostly play the puzzle games like Zuma and Bejeweled. Chris is a more serious gamer. He’s even got my 9 year old shooting Nazi Zombies with him in Call of Duty.”

Even nearly two years later, however, the competition thrives. “I have beat Chris quite a few times at Bejeweled Blitz, mainly because he’ll play at the beginning of the week and get a ‘good enough’ score, and I’ll spend the rest of the week trying to beat him,” Laura admits. “We do, however, own Bejeweled 3 on our PC at home, and I hold most of the high scores in the different categories for that one.”

And after all this time, it’s the connections that keep Laura hooked on social games like Bejeweled Blitz. “I really like the social games because they let me keep in friendly competition with a lot of my friends,” Laura says. “People I rarely talk to anymore play Bejeweled, Zuma and other games, but I always see them on my leader board and might send them ‘jabber’ every once in awhile to let them know I’m paying attention. It’s always nice to have someone to play against and to have a goal to beat.”

Of course, we couldn’t help but ask about that gargantuan, um, diamond. Laura gushed, “The gem the people at PopCap sent to us is just amazing. We really couldn’t be more pleased. I actually put the ring on my finger and asked Chris why he couldn’t get me a diamond that big. His response was, ‘Well, duh, I did. Without me, you wouldn’t have gotten it.’” Touché, Chris, touché.（source:games）