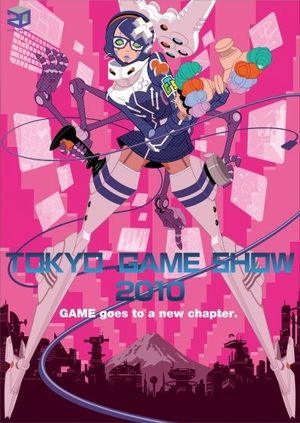 Three-dimensional games and social gaming software are expected to dominate the offerings at the upcoming Tokyo Game Show, which this September marks 14 years as one of the most important dates on gamers’ calendars.

The event is being held at the Makuhari Messe convention center, just outside Tokyo, and the organizers are confident they will be able to surpass the figure of 185,030 visitors to the last event – which was disappointingly down by nearly 10,000 people from the 2008 show.

The event dates back to 1996 and was originally held twice a year, but switched to four days each autumn in 2002. In the intervening years, several rival events have established themselves, such as the Electronic Entertainment Expo in Santa Monica, California, and Gamescom in Cologne, Germany.

Some 140 companies have already registered to exhibit at the event and reserved 1,410 booths, up slightly from the 1,367 used last year.

There has been a noticeable increase in the number of companies from other Asian countries registering to take part this year, in particular firms based in China, South Korea and Taiwan.

According to the Computer Entertainment Suppliers’ Association, there is a clear indication that the global craze for 3D entertainment has permeated the games market, while the event will also showcase next-generation mobile game devices and new interface models for home consoles as well as smartphones.

Under the slogan “Game goes to a new chapter,” the organizers have also introduced a range of new attractions on both the days set aside for the media and industry and the days on which the event is open to the public.

The Asian Game Business Summit is designed to bring together games companies and encourage new alliances and collaborations, while the Sense of Wonder Night is aimed at discovering new game ideas that will catch people by surprise, giving motivated game developers an opportunity to present their ideas and prototypes.