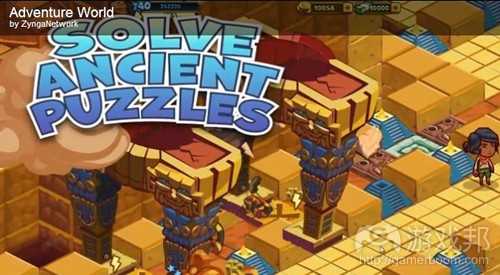 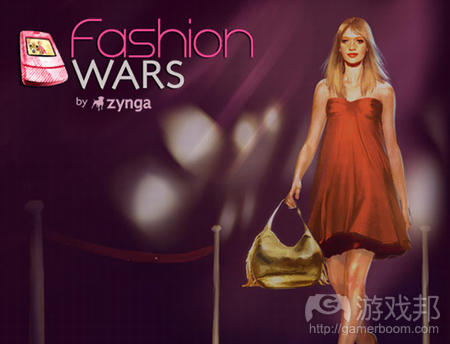 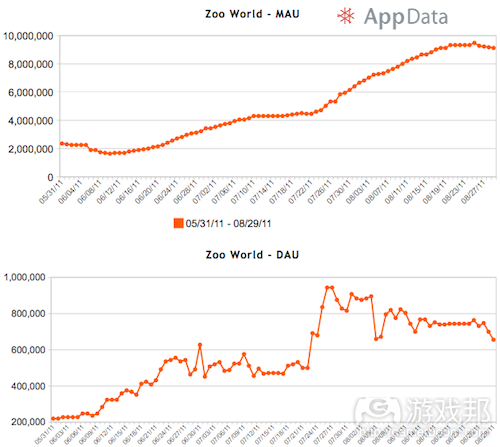 1）Zynga lines up its next social game: Adventure World

The video trailer on the new Adventure World fan page says “you can explore exotic lands, solve ancient puzzles, and bring your friends along for a ride.” Zynga hasn’t described the game in more detail yet, but it appears to be a expansion into a new genre for the company, which is the leading maker of Facebook games.

The continuous roll-out of new games is important for Zynga, which has filed to go public in an initial public offering (IPO) at a potentially high valuation of $10 billion to $20 billion. Zynga, which has more than 275 million monthly active users, has been launching games more frequently this year. It released Empires & Allies in June, and that game now has 42 million monthly active users. By introducing fresh games on a regular cycle, Zynga can produce more consistent revenue growth over time and diversify its revenues beyond its top few games.

The New York Post reported yesterday that Zynga was planning to postpone its IPO, possibly from September to November, 2011. We suspect it’s true that Zynga will not go public at a time when the markets are volatile, as they’ve been in the past few weeks. Zynga filed to go public in June.（source:venturebeat）

2）Zynga calls game over on ‘Wars’ game and two others

Before it was known for Pioneer Trail and Empires & Allies, and even before FarmVille and Mafia Wars, Zynga had a large stable of Facebook games in vein of the company’s old “Just add ‘Wars’” strategy.

One of those games, Fashion Wars, was officially shut down last week, along with Pirates: Rule the Caribbean! and Special Forces.

If this seems a bit last minute to you, it’s not. Players were given 90 days to wrap up their affairs in these games. The original announcement of the shutdown occurred on May 23. The games weren’t turned off until August 22.

Players who log into Fashion Wars after the shutdown are greeted with the following message:

Our goal at Zynga is to bring players the most fun and engaging social games on the web. Despite a strong community, the popularity of Fashion Wars has declined significantly.

As of today, Fashion Wars is no longer available to players.

Thank you for playing Fashion Wars.

Moreover, Zynga put out three official goodbye threads in the forums for each of the games as seen below. These were kept open to posts until August 23, and are available to the public.（source:games）

Gender and age directly relate to how often a Facebook user clicks on an advertisement.

This finding comes from a study by Facebook marketing agency Social Code. Researchers  tracked click-through rates and like rates for Facebook ads that contained a like button, then correlated data directly with the genders and ages of the Facebook users who saw the ads.

In all, Social Code spent 10 months analyzing four million pieces of data supplied by over 50 million client companies in a variety of industries.

Facebook users over the age of 50 are 28.2 percent more likely to click an advertisement than 18 to 29 year-old users.

Women age 50 and older are even more likely to click advertisements, at a rate of 31.2 percent higher than young adults.

The gap between the rate at which men age 50 or older click advertisements is much narrower than women, representing only a 16 percent difference from their younger counterparts.

Social Code’s Chief Executive Officer, Lauren O’Shaughnessy, believes this is because “younger Facebook users are more comfortable using the like button than older users at this point.”

She points out that “while older users are adopting Facebook at a high rate, they are also the newest subset to join the social network, meaning they may not have high friend numbers, so ads are less likely to have social context.”

The social context used in Facebook advertisements, where ads show how many of a user’s friends like a brand, have proven quite effective overall. Facebook’s users trust their friends’ opinions about products, so they are naturally more apt to like a brand their friends like.

When it comes to clicking the like button, men are 2.2 percent more likely to do so than women. While this is not a great percentage difference, it does beg the question: Are men more influenced by their friends’ opinions than women?

RockYou launched its sequel to 2009’s Zoo World on Facebook earlier this summer. The game runs on the same app ID as the original, making it somewhat difficult to nail down the exact number of new incoming players. Our AppData traffic tracking service, however, shows an over 400% increase in monthly active users and over 100% increase in daily active users for the ID between the game’s launch-date and its present-day levels.

During that time period, RockYou CEO Lisa Marino told us that the company was experimenting with a new ad platform that we could expect to see added to Zoo World 2 before the end of August. In the last seven days, the sequel’s growth has slowed down somewhat, knocking it off our weekly rankings of fastest-growing games by MAU and DAU. With Zoo World 2 coming to a new audience in localized versions for Turkey and the Middle East and North Africa (a.k.a. the MENA region), we expect to have a better picture of who plays the game, given that the localized versions will run on their own app IDs.

Peak Games established itself as a leading developer and publisher for the region with in-house games like Okey and publishing partners like TheBroth. The company secured a $5 million first round of funding back in May. Part of Peak Games’ success has been in focusing on games that provide a level of socialization in-game that players cannot get in their day-to-day life due to social norms. This is what drives the engagement in card games like Okey and other board game titles developed or published by Peak Games. Even so, TheBroth’s Peak Games-published farming sim, Komşu Çiftlik, enjoys roughly the same amount of traffic as Okey. It’ll be interesting to see if Zoo World 2 has a similar experience. The press release announcing the partnership says that the localized versions of Zoo World 2 will contain “culturally specific （source:insidesocialgames）

In this latest edition of Gamezebo Cribs we’re heading to Berlin, Germany to take a good look at where the folks at wooga work. In case you didn’t know, since being founded just two years ago wooga has managed to become not only the biggest social game developer in Europe with over 35 million monthly active users, but one of the biggest in the world as well. And it’s all thanks to games like Diamond Dash and Bubble Island, as well as more recent releases like Magic Land. Soon you’ll be seeing wooga games on mobile platforms as well. Let’s take a look at where all those games get made.（source:gamezebo）

Unity Technologies, makers of the award-winning engine that gives massive flexibility and power for 2D and 3D game creation, announced today that they have reached an agreement with GREE, the leading mobile social gaming platform in Japan. The agreement makes GREE a master-license holder and allows the company to distribute a limited number of licenses at no cost to most of their development partners in Japan. The partnership helps to solidify Unity’s place in the Japanese gaming market and further expands their reach into Asian markets.

This agreement will give Unity the opportunity to introduce a large number of developers to their awesome game authoring tools by adding GREE to their expansive network of partners. As a master-license holder, GREE has the right to deliver “Unity for GREE” licenses for Android and iOS to the bulk of their Japanese development network for free. GREE will be able to increase the library of mobile games on the GREE platform while providing their developers with an imminently affordable way to begin development.

“We are excited to extend our relationship with GREE in Japan,” said John Goodale, Unity’s General Manager in Asia. “GREE and Unity share a common vision, which is to make massive amounts of great content available for the burgeoning smartphone market in Japan. Japanese game developers are known for their innovation and genre-growing game design, and Unity is thrilled to help power that.”

In order to maintain excellent developer relations that both Unity and GREE are known for around the world, GREE and Unity will also continue to offer the same development support along with an impressive slate of seminars, classes, and consulting sessions for free. （source:marketwatch）