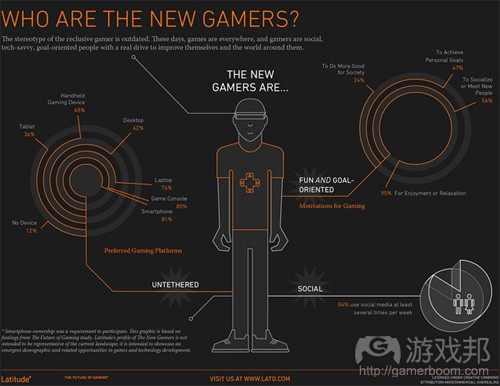 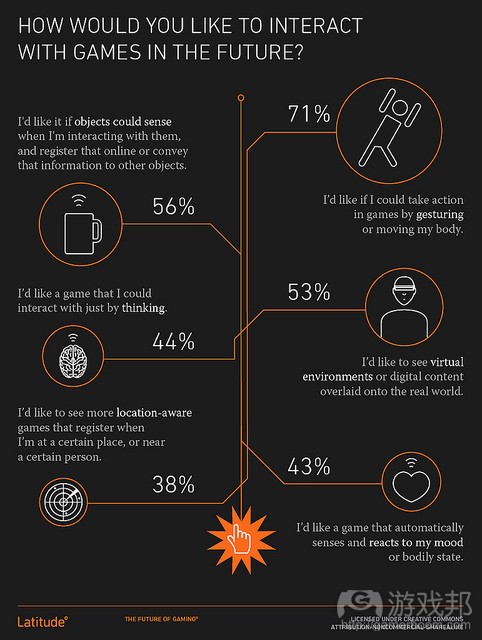 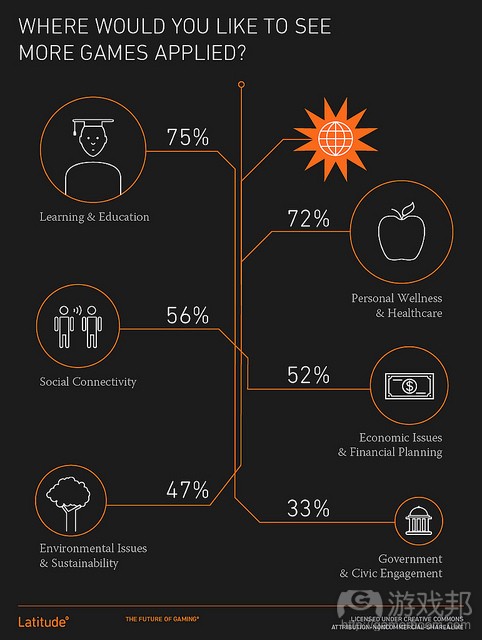 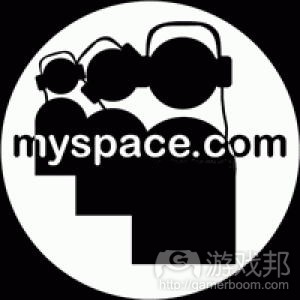 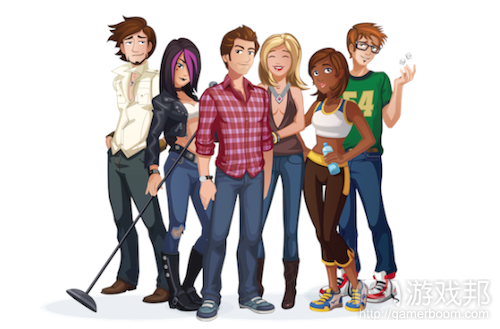 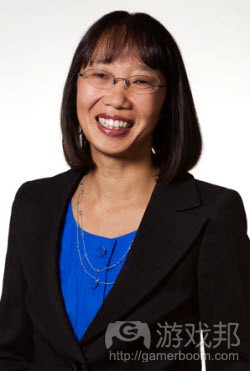 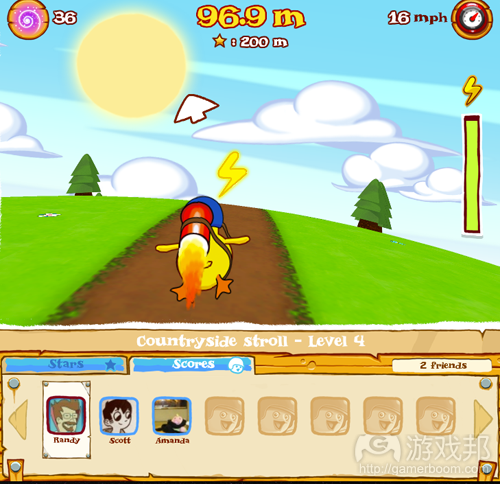 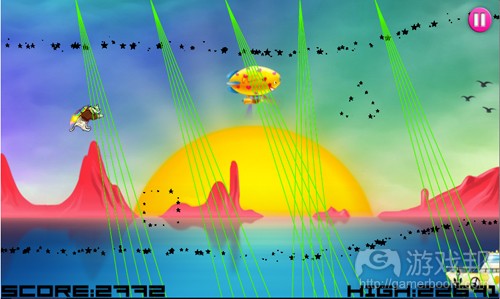 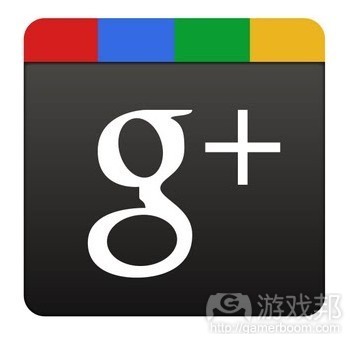 It’s common knowledge that gaming is one of the most popular activities on the Web, but we often don’t have a good sense of what type of person a modern gamer is. A new research report from Latitude set out to answer the question: who is today’s gamer?

As one participant in Latitude’s study noted, traditionally gamers have been thought of as the “stereotypical, petulant and portly adult playing a viscerally violent game in his parents’ basement.” According to the report findings, that stereotype of the anti-social, immature gamer is outdated. Today’s gamer is “social, tech-savvy, goal-oriented” and is much more social than they’re usually given credit for. For example, 84% of the study participants use social media “at least several times per week.”

The findings come from a Web survey amongst 290 smartphone owners between the ages of 15-54 who self-identified as at least “casual gamers,” with nearly half labeling themselves “game enthusiasts.” This infographic from Latitude summarizes the findings:

The following visualization answers this question: How Would You Like to Interact with Games in the Future? Gesteral systems, such as Microsoft’s motion-controlled gaming system Kinect, is the most popular request.

This visualization asks: Where Would You Like to See More Games Applied? Education and healthcare were the two most popular answers.（source:readwriteweb）

2）MySpace Relaunch Will Put its Focus Back on Music

MySpace went through several attempts to reinvent itself before being sold by News Corp in June. Its new marketing head Al Dejewski told Ad Age the company will shift its focus more intently on music and try to compete against the likes of Spotify and iTunes, .

Even as the site has shed users, revenue and credibility in the social networking space over the last few years, MySpace never really stopped being a legitimate place for musicians to share their music and for fans to hear it, even in the face of upstarts like BandCamp and SoundCloud. Indeed, sharing music was a central factor in the site’s early growth before it was first eclipsed by Facebook in 2008.

Its new owners want to capitalize on the fact that even as regular users flee, bands and music fans still turn to MySpace. A launch campaign planned for later this year will feature an array of celebrities and major brands acting as promotional partners. Pop star and actor Justin Timberlake, who now owns a stake in the company, is acting as the site’s creative director.（source:readwriteweb）

About 1.5 million active users are already creating mischief and mayhem with the Facebook debut of Electronic Arts‘ award-winning, life simulating game “The Sims Social” on Facebook.

EA has a deep history in Facebook gaming, and “The Sims Social” joins the powerful Sims brand, which has sold 140 million units since its launch 10 years ago,with translations into 22 different languages in 60 different countries.

Sims games allow players to create and live a virtual, simulated life on a computer.

Players create their Sims, or computer personalities, in any likeness they choose and experience every aspect of their Sims’ social lives, including building a variety of relationships with their real Facebook friends.

With “The Sims Social,” the fun begins when players are presented with challenges, such as forming romantic attachments, flirting, joking or getting married.

They can build dream homes, take showers together, or play pranks on each other.

The challenges are designed to create embarrassing, funny or tension-filled interactions between you and your Facebook friends through news feed updates or wall posts.

The game has been available in five languages and recently won the 2011 Best Browser Game Award from Gamescom.

“The Sims Social” app is free and available from the brand’s Facebook page.  The game also has a fan page that boasts more than 7 million likes to date.（source:allfacebook）

YouWeb is raising the money from existing investors to help fuel its expansion. The company has also hired ex-Walmart executive and tech veteran Michelle Yee Sangster (right) as senior vice president of business development. Peter Relan, chairman of YouWeb, said in an earlier interview that he was accelerating the pace of investment at YouWeb and was driving faster expansion for YouWeb’s portfolio companies, which include CrowdStar, Sibblingz and iSwifter.

YouWeb already had one exit from its social game portfolio when Japan’s Gree bought OpenFeint for $104 million. Sangster will help drive business development at YouWeb companies such as iSwifter, which streams games and other entertainment to iPads. YouWeb will also expand into non-game markets. Target markets include mobile, commerce and advertising.（source:venturebeat）

RocketBird is a kid-friendly arcade title from BeTomorrow. Originally released for Apple iOS devices, a Facebook version of the game debuted in August 2010 and has since rocketed right on to our weekly rankings lists.

The premise of RocketBird is nearly all in its title: Players control the flight of a yellow chick with a rocket strapped to its back while attempting to avoid various obstacles. The game is divided into four themed worlds, each with six sub-levels. The goal on each is to fly as far as possible, with a total of one to three stars awarded per level depending on how far the player has gotten.

As the player flies through each level, they begin to travel faster, thus increasing the challenge. Along the way, they must pick up lightning bolts in order to keep from running out of thrust. In later levels, power-ups including warp portals that let players quickly return to their last farthest point in a level and bullet time that allows them to slow down the game to dodge obstacles, are unlocked. These items are awarded to players after posting high scores but can also be purchased.

For social features, RocketBird lets players taunt their friends after posting a new best score. The game features friend and overall leaderboards. There’s also an option to invite friends to play the game.

RocketBird makes use of Facebook Credits for the purchase of additional power-ups. Facebook’s currency can also be used to disable interstitial pop-up ads, which players must wait for a timer to expire in order to bypass, for a price of 10 Facebook Credits for two months.（source:insidesocialgames）

If you’ve been a citizen of the Internet for longer than five minutes, you know what lolcats are. (If not, then you’re clearly on the wrong Internet.) Merging two of the largest web phenomena to date–funny cat media and Facebook games–Florida-based developer 21st Street Games and New York-based design firm Elite Gudz have brought Techno Kitten Adventure to Facebook.

Originally released on Xbox Live Indies and the iOS App Store, the game has players guiding a kitty strapped to a jetpack through a tiny corridor of stars, avoiding blinking stars and attempting to see just what in the world is going on through … more stars. Oh, and did we mention the thumping techno beats?

Of course, hitting the ceiling or floor in this starry tunnel ends your run, but starting over is as simple as hitting the space bar again, which is how you keep Techno Kitten afloat–the longer you hold in the space bar, the higher it flies. Timing–and hopelessly trying to look past the borderline-epileptic laser light show–is as vital in Techno Kitten Adventure on Facebook as it is on other platforms. But why Facebook?

“When we started this project our goal was to spread the happiness and insanity that is Techno Kitten to the whole world,” 21st Street Games Creative Director Brian Ferrara said in a release. “Today we’ve come one step closer and I can really see the rainbow.” That’s reason enough for a game as crazy as this, trust us.

For this social rendition, 21st Street Games introduced friend-driven leaderboards and weekly tournaments in vein of games like Bejeweled Blitz and Fruit Ninja Frenzy. Of course, Techno Kitten Adventure is not without some virtual goods, offering two map packs (new areas to play through) for $.99 a piece, or 10 Facebook Credits. If you were a fan of Robot Unicorn Attack when it hit Facebook recently, then we’d say Techno Kitten Adventure is right up your alley.（source:games）

What’s in a name? Google+ sparks a debate by adding name verification to social network. In other words, no pseudonym for you.

Google + is Google, Inc’s social networking site that launched in late June 2011. Already, the site has over 25 million users and as generating buzz with features specifically designed to counter the flaws of social networking giant Facebook. The Internet is full of Google+ updates, and social media experts are speculating about the network’s longterm success and whether or not Google+ will be Facebook’s first major competitor. However, even though most of the hyp around Google+ has been positive so far, one issue is causing debate: “real names”.

Google raised some eyebrows when it shut down user accounts of people who were using a pseudonym or nickname, making no concessions for nicknames that people go by in real life.

Skud explains on her blog: “Because I knew Google’s policies pretty well (as much as anyone can, when they’re so unclear), I knew I was at risk of my account (under the name of “Skud .”) being suspended. I prepared this page about my name gathering evidence and testimonials from people who know me primarily, or solely, as ‘Skud’” Yet, Google+ still suspended her account, and she has yet to be notified of the appropriate appeal process.

While pseudonym supporters are up in arms, Google+ is forging forward with name verification. In a post on the social network, Wen-Ai Yu, part of the Google+ team,  explains:

“Today, I’m happy to announce that we’re starting to roll out verification badges on profiles.

When you visit the profile of a celebrity or public figure, you’ll see a verification badge next to their profile name. This will help you easily determine which profiles are owned by real, verified people.

Here’s an example: In my profile on the top right, you’ll see a grey checkmark next to my name. When you mouse over it, you’ll see that this is a “verified name”.

You might be wondering how to verify your own name on Google+. For now, we’re focused on verifying public figures, celebrities, and people who have been added to a large number of Circles…but keep in mind that this is just the beginning. We’re working on expanding this to include more people in the future, so hang tight!”

Sounds like name verification for all is just around the corner, and the question becomes: is that really such a big deal? After all, social networks like Twitter also offer the opportunity to verify accounts. However, on Twitter verified accounts are mostly used for celebrities and famous figures who are at risk of social media imposters.

So, it makes sense for a celebrity, but what about for the average social media user? People like Skud – who would like to use the name they go by in real life on their social network – and those who value their privacy find the naming policy upsetting. Further, it remains unclear on how verified accounts will work for those who aren’t public figures. How useful will it to verify one Jane Smith from the other?（source:socialtimes）