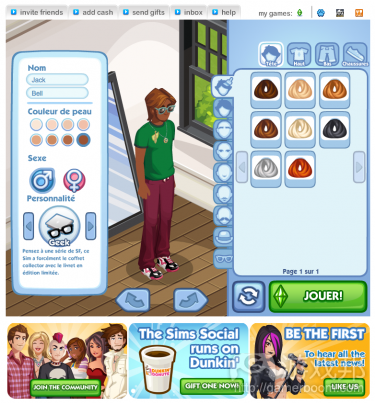 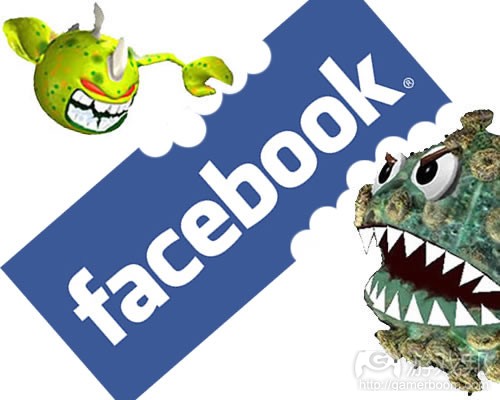 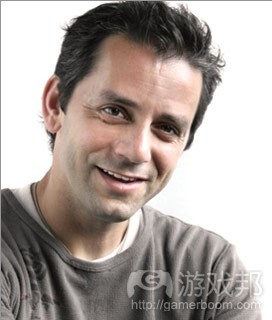 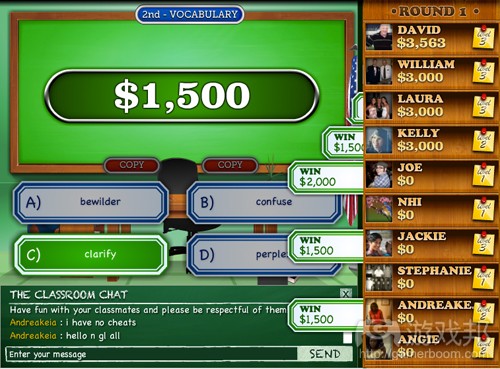 Are You Smarter Than a 5th Grader(from games)

Electronic Arts’ Facebook iteration of its popular Sims franchise, The Sims Social, has ceased its public beta and is now live, the company revealed Thursday.

The game is a collaboration between EA’s The Sims Studio, based in Northern California, and Playfish’s London studio. It also marks a substantial “collaboration and partnership with

“When we created The Sims Social, it was important for us to incorporate the deep gameplay nuances The Sims Studio has perfected and leverage what Playfish does best – develop compelling, cutting-edge social-gaming experiences,” said Playfish’s London Studio’s GM John Earner in a statement today.

The launch is a major move in EA’s “offensive” strategy to transform its games into services. Development on the title was rather substantial for a Facebook game, dating back to October of

last year — that’s about double the 4-6 months EA Facebook games took in the past.

The Sims has sold over 125 million games to date. The Sims Social claims 4,859,046 MAUs at press time. （source:gamasutra）

Webroot, which provides Internet security services for consumers and businesses, has released its third annual report on cybercrime and user behavior on social networking sites. Between June 3 and 8, 2011, Webroot sponsored an online survey of Internet users in the US, UK and Australia.

The report is based on a total of 3,949 respondents, all of which spend at least one hour per day online – outside of work or school – and have a profile on a social network.

“Over the last nine months, our threat intelligence network has detected more than 4,000 versions of the Koobface virus hit social network users. Cybercriminals continue to target social networks because they can quickly access a large pool of victims.

But our findings show that people are becoming aware of this, and they’re now savvier about safeguarding their devices and the personal information they share online.”

On a whole, social network users appear to become more careful when it comes to protecting their data and privacy, most likely because of the ongoing attention given by the press worldwide regarding the privacy implications of sharing personal details through social media.

In addition to measuring year-over-year trends, Webroot investigated new habits and behaviors surfacing among today’s increasingly connected social network users. According to the company, 54 percent of respondents feel ‘some level of addiction’ to their social network of choice.

I doubt that ‘addiction’ is the right term to use here – Webroot says 46 percent of respondents visit their favorite social network several times a day or constantly, but there’s a world of difference between ‘several times a day’ and ‘constantly’. Besides, where does addiction start, and when exactly does it become a problem?

To conclude: Webroot also asked respondents whether they think Mark Zuckerberg is responsible for keeping their personal information safe on Facebook. 13 percent of respondents actually think so, while 73 percent take personal responsibility for the security of their own information.（source:techcrunch）

Somebody’s been hanging out with Nintendo, eh? Activision Publishing CEO Eric Hirshberg (pictured) is on a roll lately, now having said, “Valuations of some of the companies in that space are out of whack, so that’s an issue when it comes to acquisitions,” Bloomberg reports. Hirshberg said these seemingly defensive words at this year’s Gamescom in Cologne, Germany when asked whether his company will make purchases to get into social gaming.

Bloomberg reports that Zynga is worth $13.5 billion, citing SharesPost, Inc., which is already way more than we last heard from its revised SEC filing. All the while, Angry Birds creator Rovio is looking at a $1.2 billion valuation if some mysterious funding comes through. Not to mention EA is making major strides to compete in social games, having just bought PopCap for a whopping potential $1.3 billion. (Keep in mind that valuation is nothing more than a collective opinion on how much a company is worth based on several market factors and outside analysis.)

What’s even more amusing is reading what he said next, considering the harsh words he had recently for Facebook gaming: “We haven’t made any formal announcements,” Hirschberg said, referring to Facebook games. “But don’t mistake careful, methodical planning for inaction. Any new place where people are playing games, at scale, is something that we’re interested in.”

So, Activision poo-poos on Facebook games, but turns around and admits in so many words that it’s preparing to enter the space? Twice? Considering Activision is working on a social network of sorts for its future Call of Duty games, this might not be the ideal way to instill consumer confidence in its efforts.（source:games）

Parking Wars 2 is a sequel to the 2008 Facebook game developed by Majesco and loosely based on A&E’s reality series, Parking Wars. The game launched just this week.

Like the original Facebook game, Parking Wars 2 has players buying cars and parking them on their friends’ streets — with bonuses awarded for disobeying parking laws. Placing a car in a parking space begins a countdown, during which the car earns money until it reaches a maximum amount for that vehicle. Moving the car to another spot rewards the player with the amount of money it had so far earned in the now-vacated space. Each spot has a parking sign that changes its rules randomly over time. Some say “no parking,” while others only permit certain colors of cars to park there. Friends can park their cars on the player’s street, leading to a sort of cat and mouse game of attempting to ticket illegally parked cars before their owners can move them.

The game introduces new virtual items that impact gameplay. Players can purchase things like car wax or air fresheners, which increase the amount of money their cars make over time. Other power-ups include premium gasoline speeds up income, tire spikes make it impossible to move cars and special tickets allow players to fine double. Additionally, players can purchase houses and businesses to place on their streets that provide additional perks for cars parked in front of them. The gas station, for example, allows players to sell premium gas to their friends. Scenery and street types can also be changed in order to customize the player’s experience.（source:insidesocialgames）

5）Are You Smarter Than a 5th Grader will stump Facebook gamers, too

Finally, a new source of self-embarrassment on Facebook. (Posting incriminating photos of myself got kinda old.) Now, you can show just how unintelligent you are with Are You Smarter Than a 5th Grader on Facebook.

The hit game show hosted by Jeff Foxworthy, thanks to Ludia–known for Who Wants to be a Millionaire on Facebook–and One Three Television, is now a Facebook game. This multiplayer version of the game that shows contestants just how dumb they really are (all in good fun, of course!), features simultaneous multiplayer gameplay.

Yes, that means you play the game with real people in real time–none of this friend visitation stuff here, folks. Players are sent into lobbies where the first rounds are played. (If you’re thinking this looks a lot like its Millionaire game, that’s because it is.)

The top three contestants then move on to the Bonus 5th Grade Question. Of course, your play is limited by how many “Episodes” you have to play. These seem to refill over time, and leveling up provides you with bonus episodes. However, you might want to give this game a couple tries: It’s one of the most polished and slickest Facebook game shows I’ve seen, and that alone is enough to bring me back.（source:games）

It seems that every day another company in the tech industry hits an important milestone, but the one achieved today by Kontagent, the social analytics platform for app developers, is pretty impressive. The fbFund winner is now tracking over 150 million monthly active users (MAUs) and is handling over 1 billion messages per day. Broken down, that’s 15,000+ messages per second, or more than twice the number of tweets than Twitter processed at its peak during the women’s World Cup finals.

Since February, Kontagent has added tracking for another 50 million users and has more than doubled the number of messages its processing. The words “aggressive scaling” come to mind.

This scaling is likely due to the fact that, last month, the startup moved beyond simply tracking analytics for developers on Facebook and added tracking for web and mobile apps (not on FB) as well. The new platform, called kSuite, builds on the startup’s prior functionality by giving developers new and improved ways of tracking and optimizing advertising efforts, user virality, in-app mechanics, virtual goods, and currency monetization.

All told, Kontagent now has more than 1,100 active social and mobile applications using its on-demand enterprise software, including Ubisoft, Time Warner, A&E Networks, EA, and Tencent, to name a few. As many of the startup’s larger clients have been making investments in social gaming (EA today acquired Bight Games and acquired PopCap last month), the company is now tracking one in every four dollars spent by social gamers. (source:techcrunch）