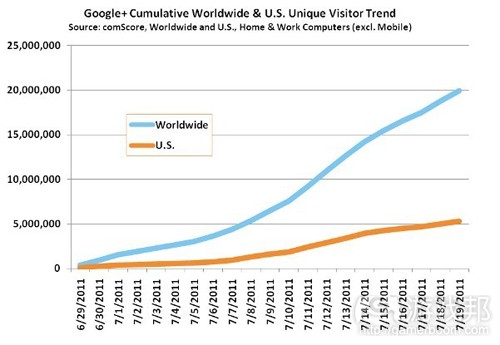 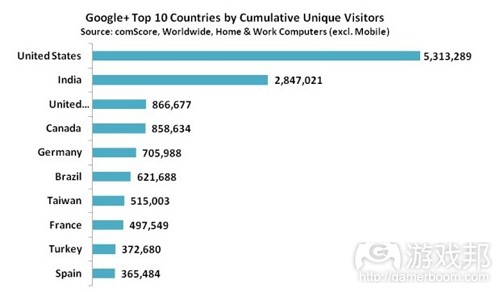 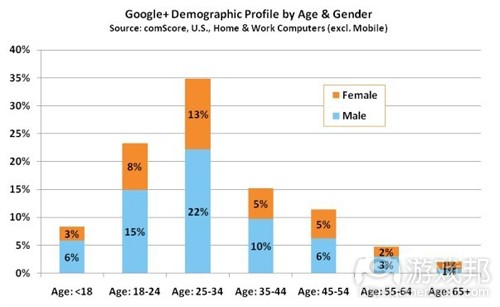 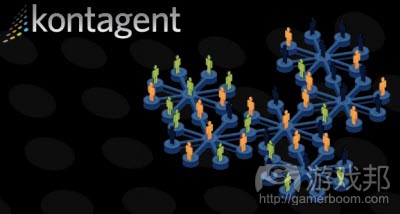 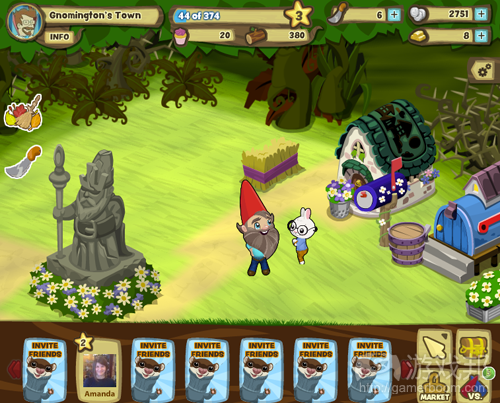 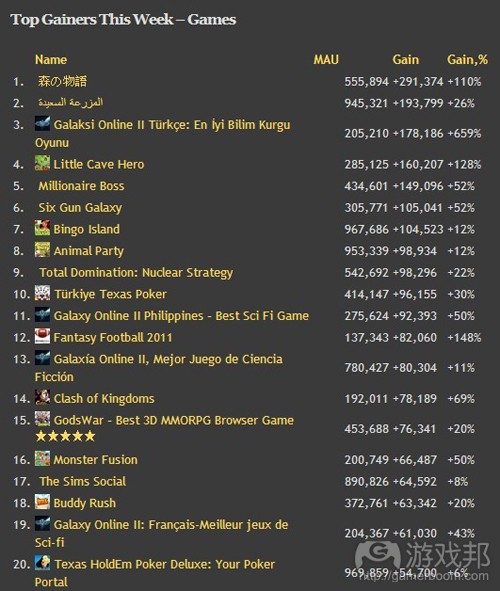 Kabam, which strives to provide deep core-level games catered to the strengths and limitations of social networks is “in a position to disrupt the video games market,” said AlwaysOn in a statement.

“Just two years ago we took up designing strategy games for social networks to specifically appeal to hardcore gamers, so we take great pride and pleasure in achieving this award,” said Kabam CEO Kevin Chou.

“It’s very gratifying to have leaders in the technology industry recognize and acknowledge our company’s hard work, innovativeness and creativity in establishing a new segment of gaming.”

Kabam’s recent $85 million funding round in May brought the company’s total funding up to $125 million. It currently claims just over one million daily active users and 12 million monthly active users, according to AppData.（source:gamasutra）

As of July 19, comScore showed Google+ at just about 20 million visitors worldwide, an extraordinary number in just its first three weeks. That number represents an increase of 82% from the previous week and 561% vs. two weeks prior. The U.S. audience recently surpassed 5 million visitors, up 81% from the previous week and 723% from two weeks earlier.

It would be difficult to think of many sites that reached such a large number in such a short period of time. That said, Google does have a built-in visitor base of more than 1 billion to work with, so there is clearly potential to convert a high number of users to its new social tool – even if it is still invite-only.

What is also interesting about the rapid growth of Google+ is its proliferation on a global basis. While the U.S. leads in Google+ audience, it currently accounts for 27% of the total worldwide audience. Interestingly, India holds a strong #2 position with 2.8 million visitors. The UK (867,000 visitors), Canada (859,000 visitors) and Germany (706,000 visitors) round out the top five.

Though Google+ is already a global phenomenon, there are some interesting user dynamics within the U.S. that help us understand the profile of early adoprter. Some initial reports speculated that 9 out of 10 Google+ users were male, and while this sort of skew might have been possible in the first couple of days we are seeing a much less pronounced gender gap after three weeks, with males accounting for 63% of visitors to 37% females. In addition, 58% of the total Google+ audience is between the ages of 18-34, with 25-34 year olds representing more than 1/3rd of the total.（source:comscore）

Playdom has launched GnomeTown, its latest foray into Facebook gaming. Since going live earlier this month, the game has seen significant, sustained growth in both daily and monthly active users.

The basis of GnomeTown lies in the familiar mechanics of clearing a plot of land and constructing buildings on it. Throw in a bit of agriculture here and there, then collect money from buildings and food from the fields. You won’t find one thing in Playdom’s new ‘ville, though, and that’s energy. Players are able to build, harvest and interact with the game without the common artificial wall of energy units that must recharge over time – or by purchasing more. Also, instead of requiring that players spend premium currency on set units of land expansion, the game uses machetes, single-use items that can be used to clear one ‘block” of land at a time and can themselves be purchased from the in-game shop. Players can also team up with helper characters, cutesy animals that can be assigned to complete tasks independently while the player performs another. These tasks can be paused if necessary, or accelerated by using up the player’s food stock.

In another twist, GnomeTown’s social features include the ability for players to compete with others through some novel interactions. It’s possible to “brawl” with other players by raiding, “party” together and trade in what’s called “journeying.” Additionally, the decorations and structures players can purchase for their town each have attributes which provide boosts to performance in these interactions. For example, a carnival game might give the player an edge in “brawl” encounters. Allying with friends can also help tip the scale in the player’s favor in these situations.（source:insidesocialgames）

Galaxy Online II comes from massively multiplayer online game developer IGG (I Got Games). The a space-themed real-time strategy came to Facebook in English earlier this year and has since slowed down in growth across monthly active users and daily active users. Mark Zhang, IGG’s vice president of global operations, tells ISG that the game is highly engaging for its core users, making the game ultimately profitable. The plan for IGG is to localize Galaxy Online into 10 different languages in the coming months, including one or two of the “emerging” languages Facebook is keen to reach (e.g. Portuguese for the Brazilian market). Zhang says the developer is careful to analyze any potential international market, as IGG already had one bad experience in a small market where Galaxy Online failed to penetrate.

森の物語 is a combination farming/city-building/exploration sim in which players control a single villager looking to establish a settlement out in the jungle. The game has richly detailed graphics and myriad customization options for player avatars. Those familiar with Zynga’s FrontierVille may be tempted to cry “clone” — but it’s not immediately clear how much weight those accusations carry.（source:insidesocialgames）