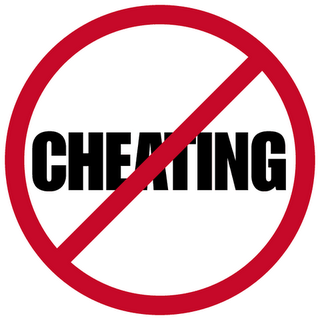 When I first wrote about cheating in videogames, I found that players cheated for four main reasons: they got stuck, they wanted to play God, they wanted to be a jerk, and they wanted to fast forward through content they thought was too tedious, too boring, too difficult, too whatever, for their personal tastes and abilities. (You can read in more detail about those reasons here). At that time there were a few casual games around (like Bejeweled) but no one had heard much about social games, or Facebook games, and certainly no one was tending virtual crops, or trading their real money for virtual horseshoes.

What we did have were massively multiplayer online games such as Final Fantasy XI and World of Warcraft, where players were encouraged to engage in a long process of leveling up their characters, to become more powerful and to earn game currency. And although it was deemed against most games’ Terms of Service (and thus illegal), there were (and still are) companies that would sell you in-game currency (or in-game items) for a convenient charge to your credit card. Eliminate the tedium—get to the good stuff. Fast forward through content you consider boring, whether the game company likes it or not.

But social games have taken that cheating behavior and run with it. Rather than ban players for buying virtual currency, they’ve integrated cheating into their games as part of the experience. If you don’t have time to wait for your tractor to refill with fuel in Farmville, you can buy gas on the spot, and harvest your crops and plant new ones without any down time. In Frontierville you don’t have to beg your friends for a hammer to complete your cabin—waiting for them to get the message and then sending it along—you can purchase one quickly and easily with virtual currency. So a gameplay activity that might seem tedious—grinding, waiting—can be eliminated for a few dollars. So if the game company allows it, is it cheating?

Of course in social games, most people play for free, and never buy virtual currency. But an increasing number do, and likely do not consider it cheating–why should they? It’s built into the very fabric of the game. And what of the players who don’t buy currency? Should they care, or worry about an unfair advantage their credit card waving friends might be gaining in comparison to them?

Going back to cheating and real money trade in virtual worlds like World of Warcraft, many players are opposed to the practice for a few reasons. First, in virtual worlds it upsets the economy of the world, and wreak havoc on gameplay. For example, companies in places like China have hired individuals to play the game around the clock, and those players often end up monopolizing certain areas in the game, or certain valuable monsters. When they do so it can make the game more challenging to those playing just for fun. And from a personal standpoint, the players who don’t buy virtual currency can feel that their experiences in the game are being devalued by the cheaters—honest players put in time and effort, while the cheaters put up a Visa card. What’s worst about this process?  There’s no real way to tell the difference between someone who put in 20 hours of play time to earn the gold to buy their Shiny Sword of Awesomeness, compared to someone who plunked down $9.95 with the International Game Exchange to get it. Both still have that sword at the end of the day.

But things are a little different with social games. In many instances, you can tell who is buying that virtual currency—because if Sue has the shiny pink tractor, you know she plunked down money to get it, because it could only be had via that premium currency. And so by association she probably bought gas too. Now we can see who might be buying their advancement, as well as their shiny new toys. Of course, not everything you can do with that premium currency is so easily distinguishable from plain effort, but it is to a certain extent, and that seems to help us accept its use.

And we can still play the majority of the game for free, and perhaps even feel morally superior to our friends who had to buy gas, rather than do things the hard way, tending those virtual crops with our very own virtual hands, one plot at a time.

But the question remains—is this act cheating? And if not, how can we cheat in social games? How have you cheated in such games, and why?（source：onpointradio）