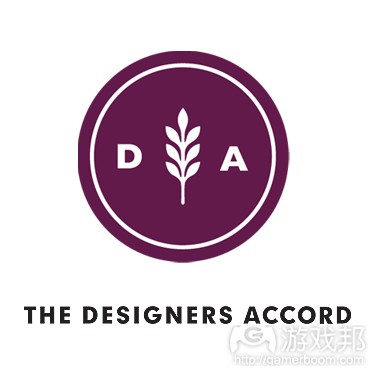 designers accord from 828design.com

Competing for Sustainability: Could Social Game Design Hold a Key?

How would your company act differently if run by social gamers? This was the question posed by social game designer Alan Wells at Thursday night’s Designers Accord town hall meeting in San Francisco.

The Designers Accord is a global coalition of designers, educators, researchers, engineers, and corporate leaders working together to integrate the principles of sustainability into all aspects of design practice and manufacturing. It advocates inverting the traditional model of competition, and encourages sharing best practices so environmental and social innovation is more efficiently and quickly disseminated. In the spirit of sharing, a number of designers and design educators came together at Lunar Design in San Francisco to discuss how they are implementing sustainability thinking into their work.

Alan Wells works at Zynga, a social gaming company, designing social games. To get people to play his game over and over and want to share it with their friends, the game must have rewards built into it. Very clear reward structures, where a player knows what they have to do to receive a reward, appeals to human nature. Alan has found that the key to a successful reward structure, and thus a successful game, is when players have to exhibit comparison, competition, and cooperation. To have a successful social game a player will always compare what they have with what others have, and therefore, compete with their friends, and cooperate with people to gain a reward.

Taking his knowledge from designing games, he believes the key to changing people’s behavior in regard to sustainability is to create a game by using these innate human traits, comparison, competition, and cooperation, to make people more sustainable. The research team at IDEO came to this same conclusion while conducting user research from drivers for Ford’s new hybrid. “Our big finding was that drivers interested in fuel efficiency were playing a game. They want a high score,” says Steve Bishop, IDEO’s global lead of sustainability.

To illustrate his point, Alan had us imagine what PG&E would be like if it was run by social gamers. Instead of getting a bill every month that you dread getting, you would be able to see everyday how your energy use compares with your friends, the other people in your building, people on your block, and other blocks in the city. By creating a competition between friends and neighbors, to get a high score, you would want to use the least amount of energy possible. If you were using too much energy on your block, your neighbors would help you lower your energy use so that the block would get a better score. The “cheat” to lower your score without using less energy would be to buy wind credits.

Now back to the question at the beginning of this post, how would your company act differently if run by social gamers? How would you reward your consumer’s behavior towards more sustainable choices?

Kai Jaffe is a freelance product designer living in the Bay Area who strives to help designers design their products in a more holistic way. He writes a blog about how the design process can be used as a tool to help people called Design with Respect.（Source：triplepundit）