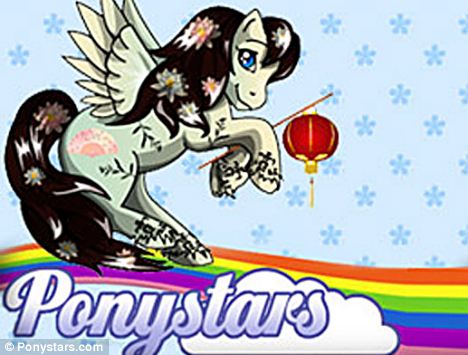 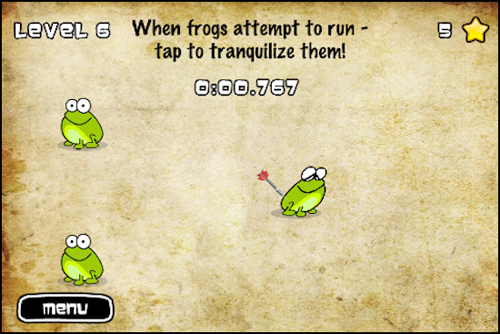 The Disney Interactive social games subsidiary Playdom has settled with the FTC over claims that virtual worlds operated by Acclaim, which it acquired in 2010, violated rules protecting kids online.

The FTC had filed a case against Playdom and Howard Marks, former Acclaim CEO, over the fact that several of the company’s games — including some targeted specifically to children, including Pony Stars — improperly collected and distributed children’s personal information under U.S. law.

According to the FTC’s press release, between 2006 and 2010, approximately 403,000 children registered for its general-audience games, while an additional 821,000 users registered for Pony Stars.

The FTC’s complaint alleges that Playdom collected children’s ages and email addresses from them, and then enabled them to publicly post this and other sensitive information — such as their full names and instant messenger contact info — without obtaining the proper consent from parents. The FTC notes that in addition to COPPA, this is also in violation of Playdom’s own policies.

Beyond the $3 million penalty, which the company has agreed to pay, Playdom is now permanently barred by the FTC from violating COPPA and misrepresenting its information practices regarding children.

At the time of the Acclaim acquisition, Marks served as the head of Playdom’s Acclaim studio, though the company soon after shut down most of the Acclaim titles — which were largely free-to-play client-based MMOs.

Pony Stars shut down on December 1, 2010, according to a notice on its website. Playdom still operates at least one Acclaim title — Facebook-based music title RockFREE — though it is not listed on Playdom’s website.

Dubai: Mobile and smartphone users can now have wider access to their favourite electronic games even on the go under a new agreement between Axiom Telecom and global games firm Electronic Arts (EA). The former has inked a deal to allow it to exclusively provide mobile Electronic Arts content to UAE subscribers.

Some of the games available online include Need for Speed, Hot Pursuit, The Sims, 3 Ambitions, Tetris, Madden NFL 11 and Bejeweled. Faisal Al Bannai, CEO of Axiom Telecom, said “providing unique and exciting experiences to customers has always been at the heart of everything we do at Axiom Telecom. Our agreement with EA is an extension of that philosophy. We have already activated the programme in our stores.”

“Customers can buy a voucher from our stores and SMS the pin number to our server. With this, they receive an electronic catalogue from which they can download a game.

“This is a fantastic offer because customers can buy seven or 30 days subscription and download unlimited games during this period. Or they can download the game from etisalat portal.”

Axiom Telecom is pinning big hopes on the new agreement with EA which is expected to bolster the electronic gaming portion of its business. “We are expecting to grow our gaming business by 500 per cent,” said Al Bannai.

“This agreement will give EA access to Axiom’s vast customer base as well as benefit from the footfall in Axiom Telecom stores.”

Axiom Telecom, which has more than 3,200 points of sale across the Middle East, was formed in 1997 as a distributor of mobile devices, accessories and telecom services.（source:gulfnews）

Playfo today is proud to announce that their iPhone/iPad game Tap The Frog won “Best mobile game” award at Flash GAMM 2011 in Moscow and “Mobile of the day” at FWA (Favourite Website Awards). Tap The Frog is based on the simple and fun collection of 16 mini-games that challenge the player during the gaming experience. Each mini-game is unique and designed to test reaction and quickness of the player. Tap The Frog offers simple one-touch gameplay, featuring cute graphics with adorable music and sound effects, as well as Game Center support.

“This is a great success of our game!” – said Vitaliy Onishenko, Playfo CEO. “We decided to celebrate recognition and allow more people to enjoy our game – so we reduced price to $0.00 in App Store for few days!”

Tap The Frog is small but awesome speed test game. The Flash version of that game, named Click The Frog, was played by more than 2.000.000 players since launch. Tap The Frog runs on iPhone, iPad and iPod touch and its usual price is $0.99, which is reduced to free for short period of time.

Flash GAMM is the meeting for professional flash, social and mobile games developers. The aim of the conference is to share experience, contacts and ideas. The meeting is mainly for producers, programmers, game artists as well as for other representatives of game industry and investors. FWA stands for Favourite Website Awards, an industry recognised internet award program and inspirational portal, established in May 2000.（source:prmac）

But it’s likely to complement rather than cannibalise the Kindle e-reader.

There are persistent rumours that Amazon may launch its own Android-powered tablet later this year, to go head to head with Apple’s iPad 2. So what does Amazon CEO Jeff Bezos have to say about it? “Stay tuned.”

That’s the comment Bezos made in an interview with Consumer Reports, where he hinted that any such device will not be a replacement for the Kindle e-reader, but will instead sit alongside it.

“We will always be very mindful that we will want a dedicated reading device. In terms of any other product introductions, I shouldn’t answer.” However, he went on to say that “I hate the term ‘killer’, as in one device killing another in the marketplace.”（source:mobile-ent）

5）Sony in the process of restoring SOE Facebook games

Late last night, Sony began the systematic restoration of its PlayStation Network service, allowing all PS3 users the chance to upgrade their systems for added security, along with changing their passwords. Following suit, Sony Online Entertainment’s many MMOs have started being restored as well – including those games that are on Facebook.

As of this writing, games like Wildlife Refuge are once again playable, while Dungeon Overlord still seems to be suffering from loading issues. SOE has launched a massive “Welcome back” program detailing most of their online games, but unfortunately, Facebook-specific games don’t seem to have made the cut. While it’s true that free items or bonuses might be added to each specific Facebook game in the future, your best bet would be to check the Facebook fan pages for each of your played apps in order to keep track of any offers that may or may not come.

It’s a disappointing outcome, to be sure. While the company’s Facebook games may not have the large player bases as their paid subscription games, should they not receive anything for the company’s forced downtime? We’ll make sure to stay on top of things and will let you know if the current system is updated for Facebook-specific games as well.（source:games）

Facebook hired public relations firm Burson-Marsteller to try get the press onside regarding Google’s strategy of collecting information from Facebook.

The episode began to unfold on Tuesday when USA Today reported on the Burson-Marsteller representatives which had offered to ghost write opinion piece articles criticising Google’s ‘Social Circle’ feature.

The paper was at the time unaware of the Burson-Marsteller client but said that the campaign highlighted the “delicate balancing act Google, Microsoft, Facebook and Apple face as they rush to profit from cutting-edge Internet services that tap into consumer data.”

TradeMe founder Sam Morgan has led a $2.5 million funding round in SmallWorlds, an Auckland-based online game with 6.5 million registered players.

As well as pouring capital into SmallWorlds, Morgan has also been appointed to the company’s board.

Morgan said SmallWorlds, which plans to employ another 20 staff this year, is a good position to grow.

“Online businesses like this are hugely scalable and can grow incredibly quickly while maintaining high margins,” he said.

This latest investment will be used to expand SmallWorlds into non-English markets and to improve the game’s integration with social networking sites like Facebook.

Morgan said New Zealand would do well to capitalise on the online gaming industry.

“Gaming is a huge export opportunity for New Zealand, occupying a sweetspot between technology and creativity. It’s easy to draw parallels with an internationally recognised company like Weta Digital, who also successfully combine these two elements,” he said.

Online games played on social networking sites earned US$1 billion last year and are predicted to be worth US$5 billion by 2015.（source:nzherald）