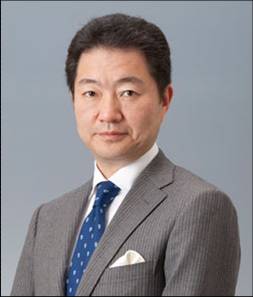 Yoichi Wada is living a fantasy life. He’s the chief executive of Japanese game publisher Square Enix, and his company has sold more than 96 million units of its  Final Fantasy  games worldwide since 1987. Back in March, the company started selling Final Fantasy XIII.  This title has a lot more action in it and loads of movie-like animations in between the fighting sequences. But it remains true to its role-playing roots as well. Now the company is close to publishing its online game Final Fantasy XIV. We previously spoke with Wada in March and caught up again with him this month at the E3 video game trade show. Here’s a transcript of the interview.

VB: What is the highlight of your game line-up?

YW: The line-up itself is the highlight. Up until now, Square Enix was considered to be a typical Japanese company with games created by very Japanese creators. And the games were all role-playing games. This year, our line-up is created by studios from around the world. They cover diverse genres and can be enjoyed by children as well as adults. That is the highlight.

VB: Has this diversification anything to do with the popularity of role-playing games or certain trends you are jumping on?

YW: About 10 or more years ago, games were a narrow kind of entertainment, primarily for teen-age boys. But today, people around the world enjoy games — men, women, grown-ups, children, and teens — so the games have to appeal to a wider audience. In accordance, we decided to come up with many different types of genres. It would have been impossible to stick with one genre. We felt we needed to come up with new studios. We tried to diversify our products and the acquisition of Eidos was key to that.

VB: What did you think  of Microsoft’s Kinect and its attempt to go after the mass market gamer?

YW: I missed Microsoft’s conference. Having said that, I think that what they have focused on for Kinect is very interesting and I hope they will attract an even wider audience. I would say it is no different from just the Wii.

VB: So what are the most experimental things you are doing in games now?

YW: As a company, we are pursuing globalization and a transformation to become network-centric. To do that, we are working on collaborative projects between Eidos and our Tokyo studio. We think this will be very interesting. The Tokyo studio created the trailer for Deux Ex: Human Revolution. Eidos is making the game in Montreal. This type of collaboration enhances a dialogue among our studios and that will lead to something new.

VB: I talked with you at the Final Fantasy XIII launch. How pleased are you with how that turned out?

YW: It was released in Japan, U.S. and Europe during the last fiscal year. It has been very well received by our customers. [The company announced it had shipped 5 million units worldwide.]

VB: Did it meet expectations or get caught in the slowing of demand for a lot of big games?

YW: It continues to grow. The time-lapse was the shortest among the launches in the three major markets. We never had such short times between launches. It has been succesful already.

VB: Final Fantasy VII was the most popular game. Can you beat that?

YW: Of course, the cumulative sales for Final Fantasy VII was the largest we’ve had, but that has taken more than 10 years. It will take a while for XIII to beat that.

VB: In the U.S., April was a slow month and publishers worried about a slowdown in video games. How do you feel about the month-to-month growth?

YW: At the very high level, the trend for packaged software sold in stores is still very tough. For one thing, used software has become very prevalent in the U.S. market. That has reduced sales a lot and it has driven prices down too. That has made the trend tougher. While the general trend is tough for the publishers, when you look title by title, it’s different. There is a very small number of titles that are selling extremely well. For those games, the prices are holding up. There is no slowdown there. But the rest are not selling. Those are two contrasting sales. Some aren’t selling at all. In the past, it wasn’t like that. There were those that sold well, those that sold OK, and there was a downward gradation in the market. That is common in Japan, the U.S., and Europe. Month to month, it is very volatile and we can’t observe anything about the trend. When there is a good title, the monthly sales are good. When there isn’t, the sales are weak. There is tremendous volatility.

YW: We already have many different online games, including Final Fantasy XIV, which will be released soon. We have smaller titles too, including social network games. In addition, we plan on publishing many kinds of digital items like avatars or electronic picture books and so forth.

VB: Will this compensate for the slowdown in console games?

YW: There are two issues that have to be distinguished. Will content called “games” survive or not? And what kind of revenues can be derived from games? Today, packaged software sold in stores have fixed prices. Online games can use diverse revenue models. That can help the monetization of games. Of course, we will try to sell more digital content that is not games. That isn’t making up for lost revenues in packaged software games. We have always been trying to expand the market for our digital content. Another way to put it: Without changing the business model, it will be difficult to survive in this business. Dependence on packaged software sales may not be viable.

VB: In Silicon Valley, there is a lot of excitement about the social game companies like Zynga. What do you think of them?

YW: We are interested in social network games. We have produced some and have seen some already. This is an area we need to strengthen. There is a tremendous difference in culture between those who have produced traditional games and those who make social network games. The differences are greater than those we see in ethnic differences among game developers. The existing game creators cannot come up with the social games. We have to use people who have not been involved in traditional game making. We try to get people who have not been involved in game studios before. In Japan, we recruited dozens of people as a group from another entity.

VB: How do you want to avoid the fate of Sega as you expand into the West? They felt that traditional Japanese content was becoming less popular and they needed to expand to the U.S. and Europe.

They added Western developers to get more content but had limited success. How do you avoid the same problem?

Namco Bandai did not succeed. Western publishers have not succeeded in selling in Japan. Nobody has succeeded at globalization. But it hasn’t succeeded because it was always based on Japanese direction. It was Japanese people who commissioned the Western developers to make games. We acquired Eidos. By doing this, we have incorporated them in our group. They have become part of our family. It was not like we acquired slaves. In fact, the former CEO of Eidos is the European head of Square Enix. Eidos as a studio is treated as completely equal as the studio in Japan. What I wanted to do is create an environment where completely different ethnic groups can coexist in the same company. That is why we have made Eidos into a fully owned subsidiary. It is important that what’s in America should be handled by Americans. The same goes in Europe and in Japan. These people who are deeply rooted in their own cultures can engage in their own dialogues. The mistakes I have seen so far are when Japanese people try to do everything the Japanese way, using Japanese workers in different areas of the world.

VB: What’s the most fun part of what you do now?

YW: Today, 30 percent to 40 percent of our employees are non-Japanese. And when I limit that to game software only, then 50 percent are Japanese. I get to talk to people from different cultures and I get business ideas from all of them. It’s very interesting.

VB: How do you think the console competition will turn out a year from now?

YW: I don’t think the landscape will change very much from today. What’s being announced are the Nintendo 3DS, the Microsoft Kinect, and the Sony Move. But frankly, these are not the most essential parts of the console technology. The key parts of the console technology are Xbox Live, PlayStation Network and WiiWare. The true battle among these things is taking place very quietly.

We will see the results of that battle two or three years from now. In that sense, I don’t think there is anything definitive in what we are seeing at E3 this year.