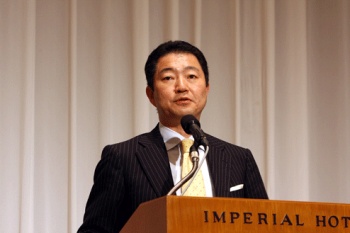 In an interview with business site Forbes Square Enix’s chief executive Yoichi Wada said that all future Square Enix games will include some multiplayer or social gaming elements, even those that have traditionally been single player, like Final Fantasy.

According to Forbes, Wada says the models like those employed by Chinese causal gaming giant Tencent – microtransactions in free-to-play games – will win out over the likes of Electronic Arts. “Two things are clear,” Wada said. “The distribution channels will change and the revenue model will change … It will happen in the entire industry, and we want to stay on top of this trend.”

This will mean a significant change in approach for the company, and Wada thinks that established designers might not be the best choice going forward: “Frankly, the people who excelled at creating game software about 10 years ago are really not good at making multiplayer games,” he said. “We are striving to change the old culture, and as a part of such effort we are trying to bring in fresh blood.”

So what does this mean for Square Enix games in the future? Well, it’s impossible to say for certain, as both multiplayer, and social gaming are both very broad terms. It might mean a free-to-play Final Fantasy MMOG in which players pay for new items or quests, or it could simply mean that Deus Ex: Human Revolution will post your achievements to Twitter. It’s also likely the degree of integration will vary from game to game, so where one title might have a complimentary Facebook game, another might just have traditional multiplayer.