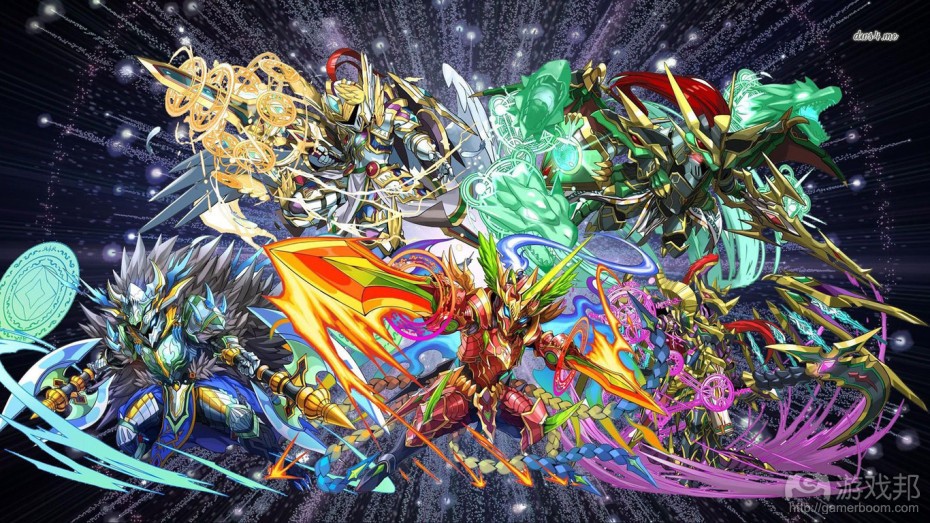 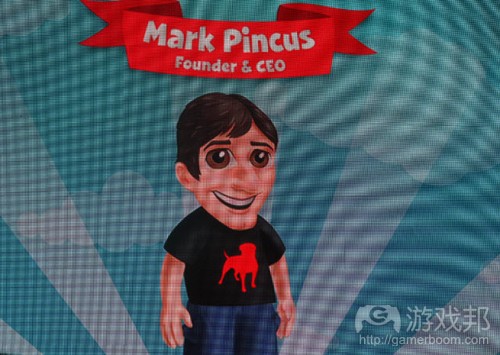 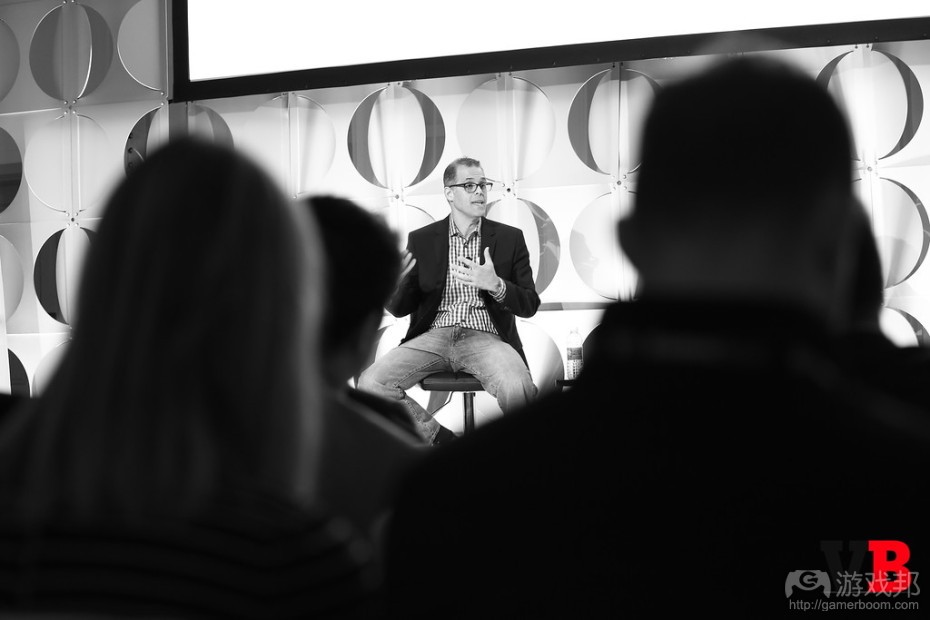 1，A trio of games make the bulk of the money from the lucrative Japanese mobile app market, and one of those is continuing its push into the West.

More than 10 million people have downloaded Puzzle & Dragons in North America, according to developer GungHo Online Entertainment. The studio has steadily added players to its role-playing puzzle battler that makes nearly $1 billion every year in the competitive $36.9 billion mobile-gaming sector. The game first debuted in the United States and Canada in 2012, and it has worked to make an impact outside of its home territory where it is regularly in the top 2 on the highest-grossing charts for both iOS and Android.

GungHo Online chief executive Jun Iwasaki explained in a statement that his company is planning a long-term investment in the future of Puzzle & Dragons. It was one of the first massive hits for mobile in Japan, and it has maintained that momentum for the better part of the last half-decade at this point.

“Puzzle & Dragons is one of the most successful mobile games of all time and will forever have the reputation of defining innovative gameplay and genre splicing,” Iwasaki said. “The game’s acceptance from millions of both core and casual players speaks to its massive success.”（source：venturebeat.com ）

2，Zynga might finally have a long-term chief executive officer.

The social gaming company released its financial results for Q1 2016 on Wednesday, which showed that it was making progress in its attempt to shift focus away from its once lucrative Facebook business as it moves to mobile (largely thanks to its successful slots games and the popular Words With Friends). This is all comes shortly after the company received a new chief executive officer. Frank Gibeau, who previously worked at Electronic Art’s mobile division, took over the CEO job from Zynga founder Mark Pincus 60 days ago.

GamesBeat discussed Zynga’s successful quarter with Gibeau, its current and future mobile strategies, and what he’s done at the company during his first two months as CEO. Here’s an edited transcript of the interview.

GamesBeat: How have your first months as Zynga’s CEO gone?

Frank Gibeau: I’m on day 60 officially [the interview was Wednesday –Ed.]. It’s been fun. This is a great company. I’m enjoying it. When you walk into a company for the first time, you never know what to expect. I’ve been excited about how the teams have rallied to what we’re trying to do here. The momentum and pace is improving every day. I’m seeing better decisions, sharper decisions, faster moves, better products happening. We’re making progress in the turnaround we’re in.

We had a good Q1. We saw real strength in our live businesses. The social casino business, Poker, and Words with Friends all hit big highs in bookings and audience. We beat the top end of the range in bookings and on the bottom in EBITDA (earnings before interest, taxes, depreciation, and amortization). We did a good job doing more with the resources we have, managing our costs and deployments better.

Some of the things that jumped out at me — our mobile momentum continues to grow. We demonstrated some strong year-over-year growth in bookings and audience. We’re up to 76 percent of our total revenue on mobile, which is an all-time high. We’re also in a position where Apple is our largest platform. That’s exciting considering we’re a company that was founded on the web and such a leader on Facebook. The fact that Apple and Google are at the top of the list is a great indicator that we’re doing the right things there.

We saw bookings grow year over year in terms of the mobile piece. It’s up 54 percent. Our audience was up 7 percent in the first quarter. Managing our audience has been tough over the last few quarters, trying to stabilize it and get it growing again. It’s nice to see that bounce up. I’ve been surprised at how much operating leverage is available to us here. We can get a lot more from the resources, talent, and ideas that we have around the company than we currently do. We need to get ideas off the whiteboard and into code.

We need to be sharper and more disciplined about the games and investments we’re making. We need to raise expectations as far as putting our best and brightest with our biggest ideas. Somebody who’s spent the last two years of their career running a mobile business is going to serve me well because I know what good looks like in mobile. What I see at Zynga is a lot of talented teams, proven brands. We’re in the right genres, but we’re not in a great deployment. We can do a lot of things on an operating level that will help us make better games and provide shareholders and investors with a better return.

It starts at the operating level. It’s not so much the cost level. What games are we building? Are they the biggest ideas we can make? Do we have the right teams on them? What games are we embarked on that may be distractions or ultimately aren’t going to lead anywhere? We can be more disciplined about not starting those and focusing on products like Words With Friends, which saw its best quarter in six years.

We’re staffing up the live businesses like they’re new releases. New releases are great, but the mobile business is about growing live services and building recurring audience and revenue over the long term. As I look at social casino, Poker, Words with Friends, those are the things that jump out at me. Spin it Rich is a business we’re seeing great results on. We’re excited about it long term.（source：venturebeat.com ）

3，Marvel has one of the healthiest content businesses in the world with its films, movies, and comics. But the company approaches gaming a bit differently than those other creative mediums.

Unlike previous console generations, the big-budget game featuring Captain America and Spider-Man is rare. Today, gaming in the Marvel universe (and across many classical properties with the recent exception of Star Wars) is primarily about iOS and Android devices. During a fireside chat at the GamesBeat Summit in Sausalito, California on Wednesday, Marvel Entertainment executive vice president and general manager for interactive and digital distribution Peter Phillips explained that the goal is to engage audiences by giving them more ways to participate in the ongoing adventures of characters they love. Marvel’s development partners, like Kabam and D3 Publisher, are making money using this strategy in the $36.9 billion mobile-gaming industry, and fans are gobbling up the apps. Contest of Champions, Kabam’s fighting game, is No. 9 on the Android grossing charts in the United States, and developer Netmarble’s Marvel Future Fight is No. 30. And that success is due in large part because Marvel treats gaming as a licensing business, which is different from how it treats some of its more traditional creative works.

Marvel’s last decade of films, for example, have millions of fans who rush to the theater for every new release, and a lot of the credit for that goes to the company’s insistence on producing those movies internally at Marvel Studios. While the company’s mobile games are seeing comparable financial success, according to the grossing charts, that’s largely because the company hands over a lot of the work to developers outside of Marvel.

As it turns out, Kabam is better at building gameplay mechanics than Marvel’s team of writers.

So where does the creative side of Marvel fit into the making of the games? Well, the company does what it does best: storytelling and characters. Phillips works to ensure that his partner developers get all the support they need to squeeze the most entertainment from the Marvel roster, which numbers in the thousands.

And by giving gaming this seat at the table, Marvel is able to reach audiences every day on a smart device they carry with them everywhere. This enables the company to pitch unfamiliar characters and adventures to audiences for events that are happening with the company’s non-interactive business.

“Our games are not [just] fan service,” said Phillips. “They certainly are a nod to the fans, but we thrive in the midcore. What’s important to us is to not only give something to people who’re very familiar with our brand. It’s also an opportunity for us to onboard people who are not as familiar with our brand, even in a market like the United States.”（source：venturebeat.com ）

4，The success of Clash Royale has recently generated some discussion about whether Clash of Clans will be able to survive alongside it.

While research from SuperData Research suggests it won’t, Patrick Walker, VP of Insights at market research firm EEDAR, disagrees, and believes that there are already signs Clash Royale is cannibalizing Clash of Clans’ revenues.

He also uses data from EEDAR to back up his claim, with research suggesting that 37% of Clash Royale players are also active Clash of Clans players, and that the latter game is acting as a feeder to the former.（source：pocketgamer.biz ）