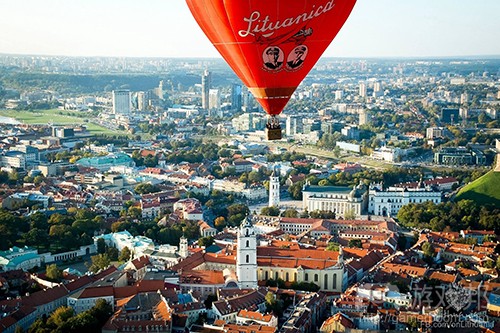 How I made my government love game development

My story started in early year 2014, when Lithuania did belong to the latter classification. It had former console devs Nordcurrent, former KOEI art department, major RTS game dated to 2006 and a few more “former great initiatives” scattered around. I worked at the world’s second largest R&D office of Unity Technologies in Vilnius, Lithuania. I travelled the world as an evangelist and considered Lithuania as a pet project.

So. One frosty morning, January 2014, at 10 AM. Three officially dressed smiling young men appeared at Unity Technologies office to explain, that Lithuanian government decided game development was important for the country. They asked for help, and they got their help — a few leads in exchange for a promise to serve the leads well…

The government guys were nice, they indeed served very well to those few leads. I thought deeper and asked around, if anyone wanted to invest in Lithuania. And I quickly understood, we could bundle Vilnius along the Unity license: “would you buy a Unity license? No? OK, but we have a nice offer to save on R&D costs”. And vice versa: “you can save on R&D in Vilnius and also meet Unity developers often — we have a development office there”. Bundling software with R&D incentives appeared to be a business, where all parties were happy with results.

There were different arms of the government, with own KPI, interests and goals. And they didn’t talk to each other. Yet we did. The more we talked, the more doors we were able to open. In certain sense, Unity became a middleware company for business operations just as it was a middleware for technology. I don’t remember if our group actually approved anything with Unity bosses, though…

The greatest thing we did was that we included local lawyers everywhere. Incentives, discounts, special tracks and everything else on the paper often had a small print. Sometimes it was all small print. And obviously within the end government managers no one actually knew and felt the practical point. Maybe they did not have to? The dialog worked really well, when government people were put together with potential investors, lawyers and a very thin layer of “middleware”, that understood KPIs of each side, felt the industry needs and was motivated for everything to just happen. Normally that middleware layer was me. Hello!

Education was next on my agenda. Unity would not make a million on education, but we needed to add an attractive number of available talent to our Unity bundle. That was possible, had some generic media courses been immediately renamed and reskinned to game development flavor. Local universities were ready to jump on the game development train and just did that.

Then the challenge was to educate the country, that had no current game success story, to love and appreciate this creative industry. We solved the puzzle by working in a joined group of government PR, local industry influencers and freshly relocated investors. The group helped media understand PR points properly and generate the buzz we needed. Our group was quite active on the local events field, so combined with PR and media activity the game development topic became a trend. Everyone wanted to jump on this trend and understand how they could make use of it.

Eventually our group became efficient and close to certain processes in the country and the industry. The group was small, transparent, there was trust and dependency on each other. Everyone could focus on the part they knew best, and deliver to the common matter for good.

Normally texts on the internet educate how someone’s job has to be done— government has to pay more attention here, business has to be more responsible there, peasants have to get higher pay per hour… The reality is, representatives of each group may understand the issues and may even come up with certain solutions, as they see them. However, it is infinitely hard for people from different industries understand each other, feel one’s motivations and convert issues to action points. Yet magnificent things happen, once people start talking to each other, try being friendly and forgiving.

I was as a product evangelist at Unity Technologies, when the story started. Not a big boss. Not even a manager. I left Unity last autumn and could not carry my pet project (as it was) to my new employer Game Insight. But I stayed around and contributed to the story from another end, something for another blog post =]（source：Gamasutra）