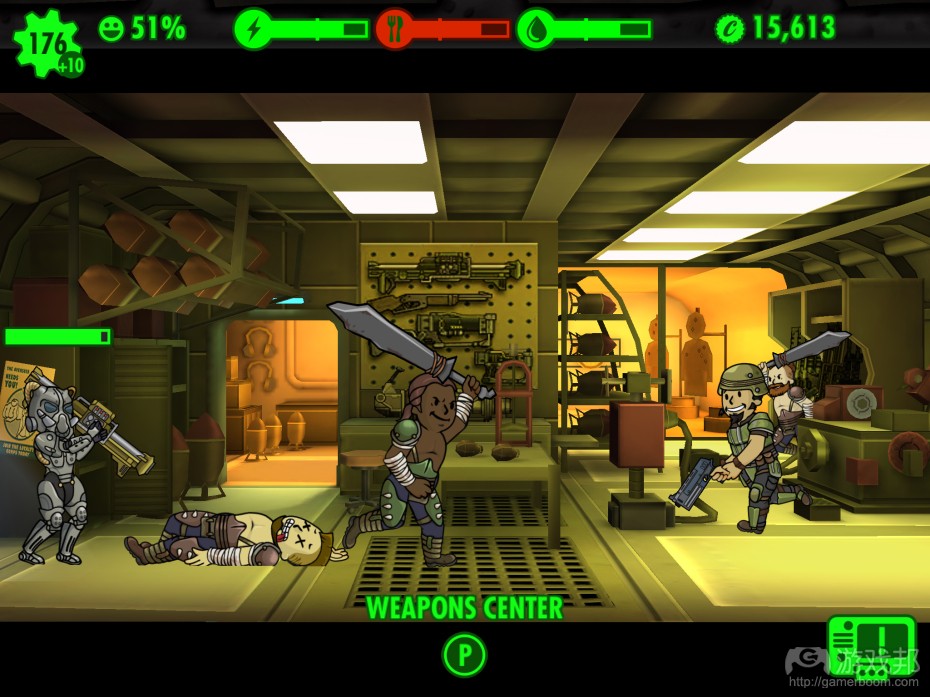 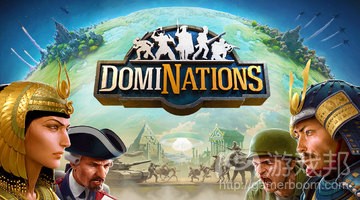 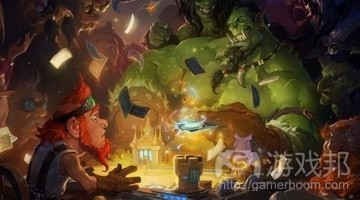 1，Fallout Shelter released on Android today, and you can download it now from the Google Play store.

The mobile spin-off from the postapocalyptic Fallout role-playing series took everyone by surprise back in June when it earned $5.1M during its first two weeks on the Apple App Store. Its gentle approach to monetization — in-app purchases are purely optional, and no timers restrict gameplay — showed how traditional publishers can get a piece of the $30B mobile games market without annoying their hardcore fans.

Publisher Bethesda Softworks has released extra content for the game to tie in with this Android release. Both iOS and Android versions now have a robot butler called Mister Handy and new enemies to deal with, such as burrowing mole rats.

Fallout Shelter even beat the perennially popular Candy Crush to the No. 3 spot on the top-grossing iOS game chart during June. It’s slipped down the rankings now, but this Android release — and the new in-game content — should reinvigorate interest in the mobile title and help keep the Fallout licence in the front of people’s minds in the lead up to Fallout 4’s November release.

GamesBeat awarded the iOS version of Fallout Shelter a score of 95/100, saying, “Fallout Shelter is an endlessly engaging mobile title that gives you plenty to do without overwhelming you with menus and meters. It has both of those things aplenty, but you’re always in control.”（source：venturebeat.com ）

2，And so it continues.

It hit the 10 million mark after 4 days, and was up to 20 million downloads after a week, so it looks like the sky will be the limit for the game.

After all, we remember back when 100 million downloads predicted for the original game seemed as likely as pigs flying.

You can read our Making Of article here, as well as an interview with audio director Jonatan Crafoord here.

It just goes to show that Rovio’s commitment to building a brand – as highlighted by Mighty Eagle Peter Vesterbacka at PG Connects Helsinki 2014 (see the video below) – has been proven correct.（source：pocketgamer.biz ）

“Our solid second quarter results were driven by strong performance from both new and existing games,” said Owen Mahoney, president and chief executive officer of Nexon. “We saw impressive results from key existing titles in Korea, Dungeon&Fighter in China and our new title DomiNations in the U.S. and Europe, all of which are off to very strong starts in their respective geographies.

“In addition, we launched MapleStory2 in July to customer and critical acclaim. We are also pleased with the momentum we saw in mobile, particularly in native mobile games, which doubled in revenues year-over-year. We remain on track to launch several other highly-anticipated titles in the second half of 2015. Recently, we strengthened our relationship with Electronic Arts through PC online games Need for Speed Edge and Titanfall. I am proud that Nexon is the partner of choice for developers seeking free-to-play expertise and an online publishing platform around the world.”（source：gamesindustry.biz ）

4，According to a new report from SuperData, the worldwide market for digital collectible card games (CCGs), led by Blizzard’s Hearthstone, should hit an all-time high of $1.3 billion this year. The research firm noted that Hearthstone “transformed the landscape after earning more last year than its three closest competitors combined.”

Mobile has had a sizable impact on the digital CCG market and on Hearthstone. After Blizzard launched the game on smartphones this April, the game’s revenue and player base jumped up significantly. SuperData said that Hearthstone is now generating $20 million every month, with more players on mobile than PC (9 million vs. 8 million).

“In the same way that World of Warcraft became the dominant MMO when it was launched, Hearthstone is now the digital card game to beat. Blizzard made a game that is more accessible than long-running CCGs like Magic: The Gathering without sacrificing deep and engaging game play for hardcore fans,” SuperData CEO Joost van Dreunen said. “Publishers like EA and Bethesda are developing new CCGs as a direct result of Hearthstone’s success, and Wizards of the Coast revamped its Magic video game series as well.”（source：gamesindustry.biz ）