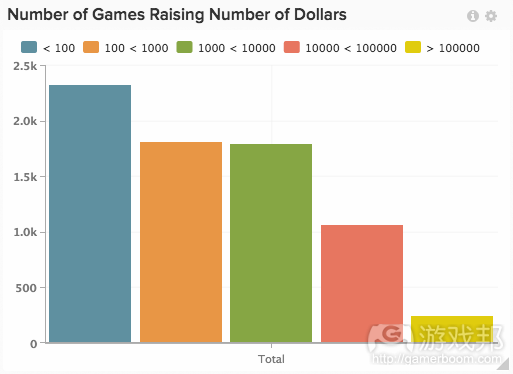 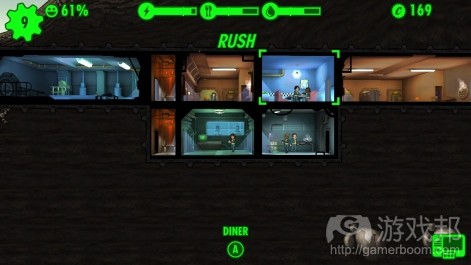 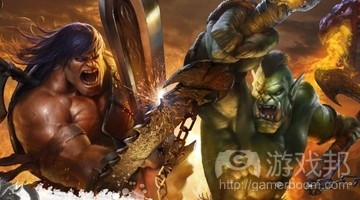 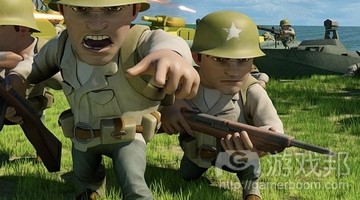 1，Kickstarter is back on the rise when it comes to funding games, according to a report from data firm RJMetrics. And the crowdfunding site, which enables anyone to ask for contributions from the public to help ideas get made, owes its resurgence in this space to what made it such a big deal in the first place: big-name developers. After a number of massive campaigns raised nearly $25 million in Q3 of 2012, Kickstarter had seen a steady decline in the money contributed to game ideas.

Until the last three quarters, that is.

As big-name developers return to Kickstarter in recent months, we can see why the site is bringing in more money. Projects like the Banjo-Kazooie followup Yooka-Laylee, the Castlevania: Symphony of the Night followup Bloodstained: Ritual of the Night, and much-desired sequel Shenmue 3 have all debuted this year — and all are among the most funded projects in this category.

But this is not a sign that Kickstarter is turning into a viable source for funding for most developers. And you don’t need to dig deep into the numbers to see that is the case. Since 2011, the site has had more than 7,100 gaming projects. Those have raised nearly $160 million from backers. That might seem like a lot, but here’s how you make that number look really small: publisher Electronic Arts spent $200 million making Star Wars: The Old Republic. Which is only one game.

What that $160 million breaks down to is about $22,500 per campaign — although we all know that not every project meets its Kickstarter goal. Instead, most fail. And most of that money goes to a few megahits.

2，Fallout Shelter may have made $5.1 million in June, with an Android release still to come on 13 August, but Bethesda’s Pete Hines has stated that the success will not change the company’s approach to mobile development.

“This isn’t the start of a formula where every time we make a game we need to do a mobile game,” he told IGN.

“That’s not why Fallout Shelter was great.”

“People appreciate the game because it doesn’t have our hand in your pocket. It did monetization in a way that people didn’t have a problem with,” he went on.

“If we just start saying yes [to more mobile games], we start getting into this thing where eight games will fail and two will succeed.”（source：pocketgamer.biz ）

3，Last week saw deep cuts at the San Francisco office of mobile publisher GREE, but today the company announced two new studios in the West – one in Berlin and another in Melbourne. GREE Melbourne will essentially be driven by the acquisition of mobile developer Twiitch, which “will be working on technology and game systems to power the next generation of GREE games.” GREE Berlin, meanwhile, will focus its attention on marketing, business development, customer service, game localization, QA, and live operations specifially for Europe.

“GREE is focused on expanding our reach in Western markets and, in doing so, offering our players the best gameplay experience possible. We know the key to getting there is having having the best local teams, the most advanced technology, and the deepest understanding of the players around the world,” commented Andrew Sheppard, COO, GREE International, Inc. “These new offices will help us reach our growing player base by allowing us to more effectively localize our games, marketing campaigns, and customer service experiences as well as build and integrate the best technologies for the growing and evolving mobile games market.”（source：gamesindustry.biz）

4，Italian games company Digital Bros is expanding to China, announcing the opening of a new office in Shenzen today.

Market entry in Asia represents for us a big opportunity that will enable us to drive and sustain our global growth, both in terms of international reach as well as in terms of digitalization and penetration of the mobile gaming market,” said CEO Raphael Galante.

“The localization of Digital Bros in China will actually represent a significant opportunity to export to a booming market products which are developed and published in Italy, Europe and the US and at the same time take advantage of Chinese expertise in mobile gaming to distribute high-potential games through our worldwide network, taking into due account all necessary cultural and language adaptations.”

The new office will focus on licensing and targeting the local population through the company’s 505 Games and 505 Mobile brands.

Digital Bros already has offices in North America, Germany, Spain, France and the UK. It also has two game studios, Pipeworks, based in Oregon and DR Studios, based in the UK. DR Studios created 505 Mobile’s Battle Islands.（source：games industry ）