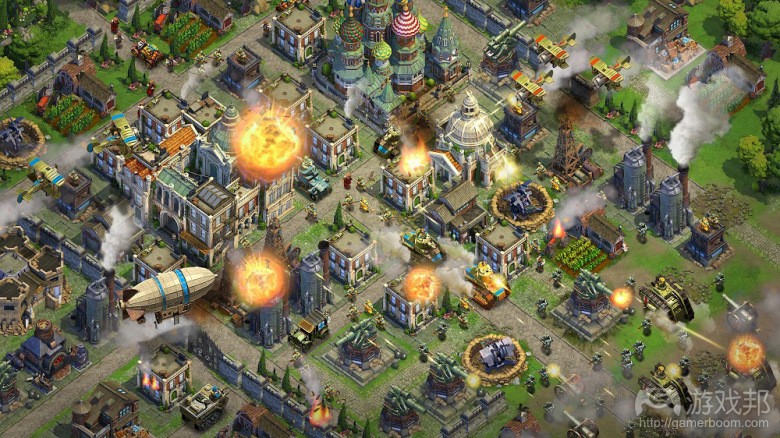 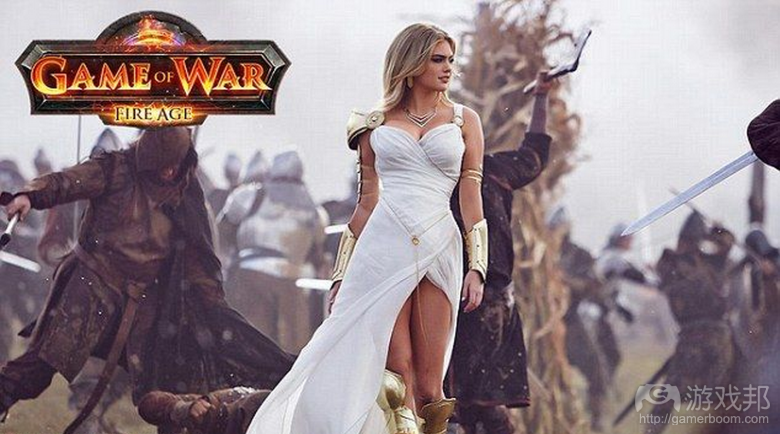 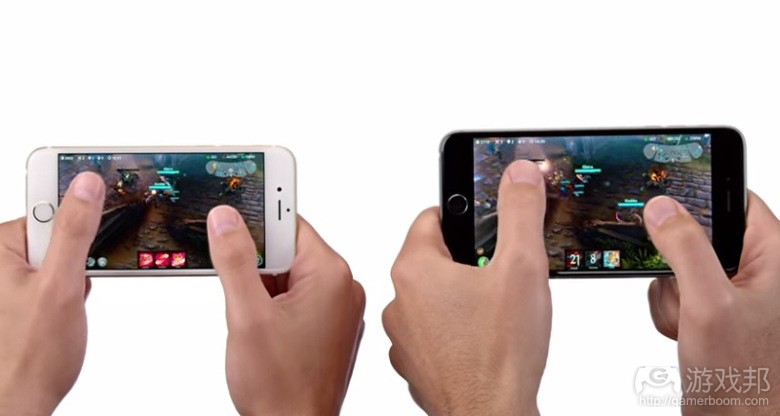 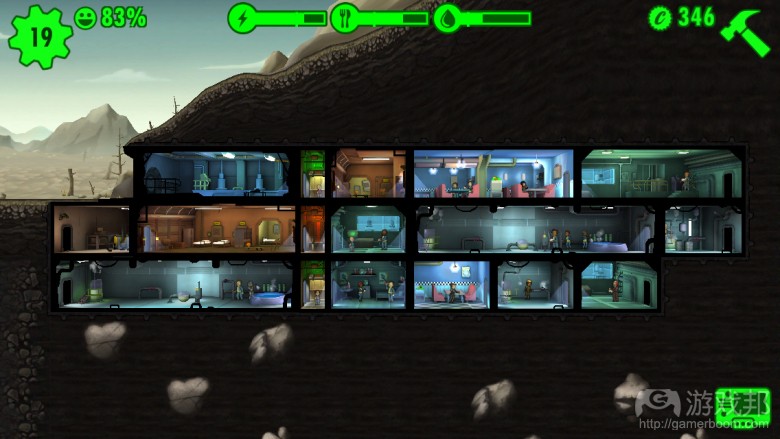 1，Soon enough, DomiNations is going to turn into a full-fledged Civilization game. Today, the Civilization-like mobile game from Big Huge Games is going to get an update that allows players to create Industrial Age societies.

The Industrial Age is part of the game’s second major update, and it is the single largest content update since DomiNations’ launch last fall. The title has caught attention for its high-end PC-like gameplay and its staying power in the top charts.

Nexon M, publisher of the game, bought a series of bus stop and outdoor advertisements touting the game at last week’s Electronic Entertainment Expo (E3) in Los Angeles. The title is part of Tokyo-based Nexon’s (the parent company of Nexon M) expansion into Western markets. Nexon previously said that DomiNations had been downloaded 7.2 million times in its first 60 days.

The Industrial Age will include new wonders, units, buildings, blessings, and more. Players who advance to this modern age can outfit their bases with famous monuments such as the Eiffel Tower, the Statue of Liberty, or the Kremlin.（source：venturebeat.com）

2，Supermodel Kate Upton has done wonders for helping people become aware of Machine Zone‘s mobile game, Game of War: Fire Age. Commercials with her starring as Athena in the game are everywhere, both on TV and on mobile devices — including a famous Super Bowl ad. But that ubiquitous advertising presence is also creating a problem for Machine Zone, prompting the company to try to raise a new round of funding.

We’ve heard from multiple sources that Palo Alto, Calif.-based Machine Zone is seeking to raise $500 million at a multibillion-dollar valuation. So far, the round hasn’t happened, and we have heard that the pitch has met with skepticism. There’s a lot we don’t know about the funding or the financial status of Machine Zone, and, frankly, the news about the fundraising efforts puzzles us.

Gabe Leydon, the chief executive of Machine Zone, said in an email, “We do not comment on rumors and speculation about fundraising or valuation, but [Machine Zone] does not need additional investment. We are 100 percent focused on [Game of War] and expanding on the technology that powers it.”

That statement went beyond the “no comment” I expected. And it is carefully worded. It doesn’t say that the company isn’t seeking additional venture funding. It just says that it doesn’t need it. Needs, of course, can change from moment to moment in a volatile game industry. Indeed, if Machine Zone ratchets down its ubiquitous advertising, it may not need any funding. On the other hand, if it eases up on ad spending too much, it could lose its place in the top ranks.

We have no idea whether Machine Zone will find the investors it wants. But deals of this size are rare for private game companies. Japan’s SoftBank recently bought a 23 percent stake in Supercell, which has the No. 1 mobile game, Clash of Clans, for $1.2 billion. That valued Supercell, which has only 150 employees and made revenues of $1.7 billion last year, at $5.5 billion.（source：venturebeat.com ）

3，Vainglory, a mobile take on the multiplayer online battle arena genre, is getting an official release on July 2. It’ll be on the Apple App and Google Play store. A beta version of the game has been available since last November.

MOBAs are a big craze these days, with League of Legends and Dota 2 making hundreds of million dollars annually. However, they are both PC games, and the genre has yet to have a true hit on mobile, a market that could be worth $30 billion this year, according to research firm Newzoo. Vainglory could take advantage of both booming markets.

Vainglory is developed by Super Evil Megacorp, a company with employees that have previous experience at notable developers like Blizzard, Riot Games, and Rockstar.（source：venturebeat.com ）

4，Fallout Shelter, a mobile game about life in a post-apocalyptic world, is now the top downloaded free game on the App Store. Bethesda released the title at last week’s Electronic Entertainment Expo (E3), and it only took about two days for it to knock mobile game juggernaut Candy Crush out of its top-grossing spot in the United States. That growth continues — Bethesda announced today that Fallout Shelter is the No. 1 downloaded game in 48 countries, and the top downloaded app of any kind in 25 countries.

The first week since launch has been especially kind to Bethesda, with Fallout Shelter ranking in the top five top-grossing games in 37 countries. It has slipped a bit from its rank as the highest grossing game in the United States, but it still remains in the top 10. The company says that game play sessions have surpassed 70 million times a day globally.（source：venturebeat.com）