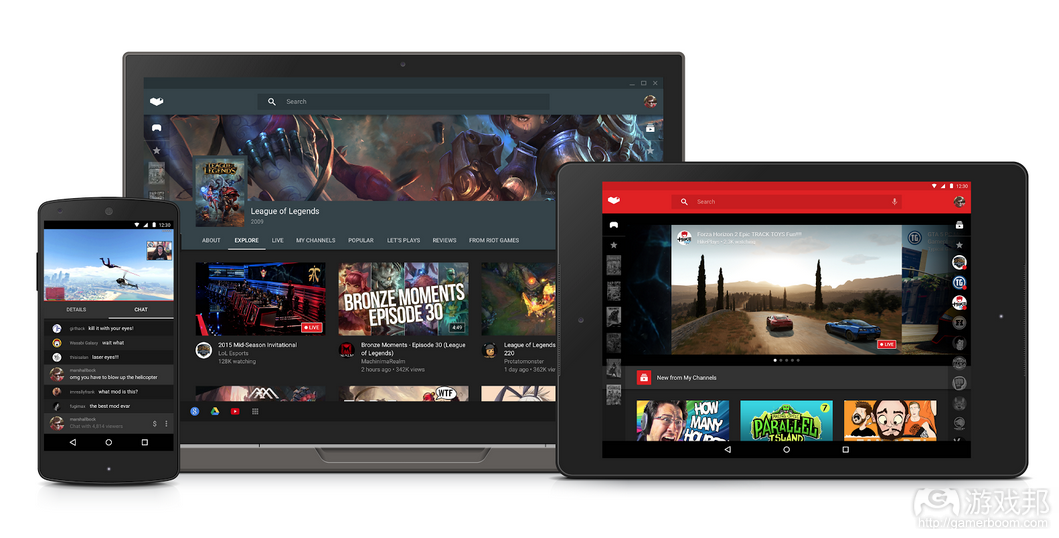 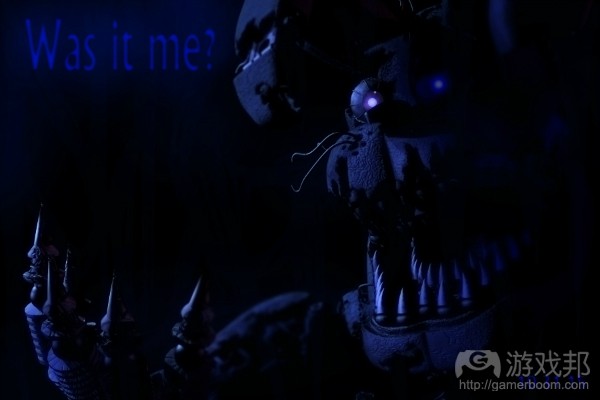 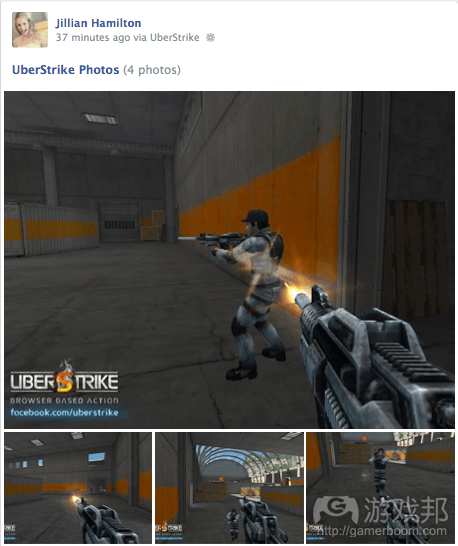 1，YouTube Gaming is a new app and website that will deliver videos, live streams and community features to gamers. Basically, Google is ready to take on Twitch in a big way. The new project was revealed at a special event in LA today and the app and site will launch this summer, starting in the US and UK.

The announcement today promised more videos than any other site and that more than 25,000 games will each have their own page.

“Today, the gaming world is much more diverse than the one I grew up with, and the community has created new formats that have made gaming more collaborative and interactive,” said product manager Alan Joyce.（source：games industry ）

2，Mr. Scott Cawthon’s at it again as he has just posted a new teaser for the fourth installment of his amazingly-popular (I’ll soon be running out of adjectives here) Five Nights at Freddy’s [$2.99]. This time, though, he didn’t post an image of one of the animatronics, like the previous times; rather, he went with an image of a purple hat and purple bow tie placed on the floor in the middle of a dark room. When the image is brightened, a “PROPERTY OF FR……R” appears on the right corner, which is probably “Property of Fredbears Family Diner” or something along those lines according to reddit.（source：toucharcade.com ）

Cmune will take Starbreeze’s hit Payday online game series to mobile devices. That new game will be a licensed Payday experience that is tailored to mobile. With the success of other console ports like the space shoot-’em-up Geometry Wars 3 and adaptations like the turn-based shooter-turned-puzzler Hitman: Go, Cmune is hoping to find a different path to profits in the $30 billion game industry.

Starbreeze will continue to own the Payday intellectual property, and it will now hold a 6.3 percent stake in Cmune. That means that Cmune is valued at $22.2 million. Payday is a cooperative first-person shooter game that has 9 million players to date on the PC and consoles. 505 Games, Starbreeze’s publishing partner for the overall Payday franchise, will be the co-publisher of the mobile game.（source：venturebeat.com ）