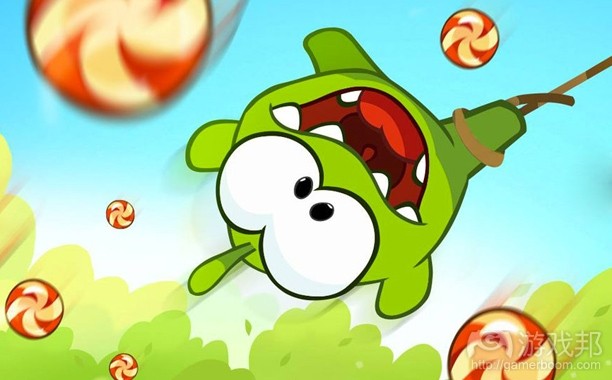 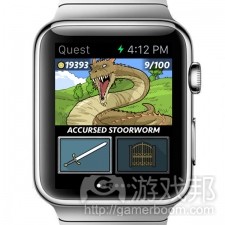 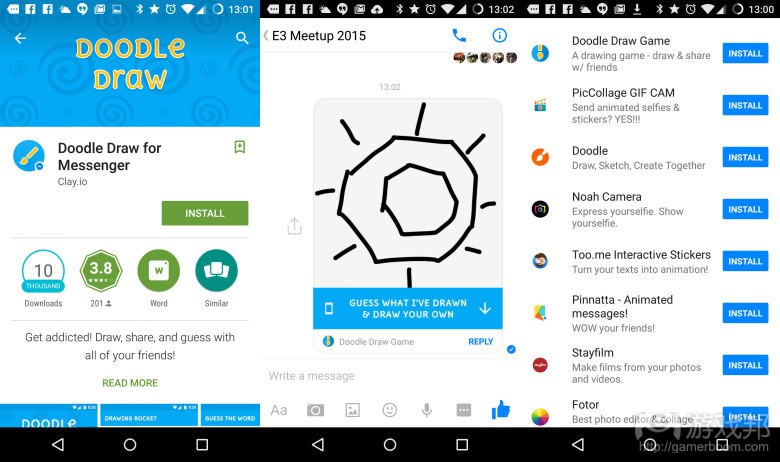 1，After staring at Cut the Rope on mobile phones for dozens of hours, fans of the game and its iconic green monster, Om Nom, will soon be able to enjoy the experience on a much bigger screen.

ZeptoLab and Blockade Entertainment have announced an animated feature film adaptation of the Cut the Rope game for 2016. Tentatively titled Om Nom, the movie will be an origin story of sorts for the titular monster. (Who knew the Cut the Rope mythology went so deep?)

The film will focus on a 13-year-old boy named Evan who discovers Om Nom in a package. But once he unleashes Om Nom on the world, the monster begins to run amok in the boy’s hometown. Evan and his younger sister Jordan follow him while running away from a number of pursuers, some human and others not. And it’s a safe bet they’ll have to cut a lot of ropes to stay safe.

ZeptoLab, the developers of the Cut the Rope series, will work in conjunction with Blockade Entertainment, who is also producing animated features based on other video game franchises, including Rachet & Clank and Sly Cooper.（source：ew.com ）

2，Presumably this will change as developers get their hands on the new native app SDK and can run code independently rather than requiring the watch to be tethered to an iPhone.

And maybe this will be the opportunity for game developers to shine, albeit at the cost of battery life.

For, according to the latest figures from App Annie, the percentage of Apple Watch apps that are games remains 10 percent.

Tenth of the business

This tallies with the breakdown at launch.

Then App Annie said there were 3,061 Apple Watch apps, of which utilities was the number 1 catergory (12%).

Other research placed games’ share of the launch ecosystem at 10 percent.

In comparison, when the iPhone launched, around 25 percent of available apps were games.（source：pocket gamer ）

3，If you’ve wanted to play Monument Valley [$3.99] but have been somehow too cheap to actually play one of the most gorgeous iOS games yet, well, I have good news if you’re willing to travel: it’s the free app of the week at Starbucks, as discovered by an intrepid internet user and confirmed by mills of ustwo:

So yeah, if you’re in North America and still don’t own this, now’s not a bad time to pick it up. Of course, you might wind up spending more on your drink than you would for the game, but you could always just wander in and pick it up. I’m not here to judge. And if you don’t want to leave your house for free games, there were a few other good ones revealed on the same day. Or maybe go to Starbucks and download those freebies off of their wifi. Your Starbucks may not have the cards out yet, but do be sure to check back. The “Forgotten Shores” expansion will still cost you, of course. Not that you have a problem with that, right?（source：touch arcade ）

4，One of the best ways for a mobile game to succeed in Asia is to get a distribution deal with the top messaging apps. Now, Facebook is getting into that business with its Messenger app.

Doodle Draw Game is the first game that Facebook is distributing through its chat app (as TechCrunch first spotted). Now, when you click the “Get Apps for Messenger” tab, you see a list of tools alongside this Pictionary-style game. Clicking through on Doodle Draw Game takes you to the Google Play store on Android, where you can install it for free. This is a natural evolution for Facebook and the Messenger app, as the company is already generating significant revenue from distributing games and apps through its mobile app. Competing chat clients like Line and Kakao make serious cash by suggesting games to their users, and this could turn into another way that Facebook gets a piece of the $30 billion mobile-gaming industry.

While this is the first game you can get through Facebook Messenger, the app has always offered downloads. Clay.io, the developer responsible for Doodle Draw Game, has previously released a meme-sharing app as part of Messenger. And while Facebook has previously said that it thinks that these kinds of non-gaming tools work best with its chat app, a platform like this is a great way to reach people who spend a lot of time talking with friends. Now that Facebook has opened up the Messenger platform to all third-party developers, the second and third games are probably coming soon.（source：venturebeat.com ）