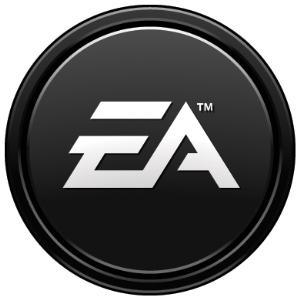 Remember the days when EA wasn’t that big on mobile games? Until 2005, the company’s mobile activities were restricted to a licensing deal with I-play for key titles like FIFA.

However, it then bought the then-biggest mobile publisher Jamdat for $680 million, and has remained the biggest fish in the mobile gaming pond ever since. That’s true for iPhone too, and now EA is hoping to carry it through to iPad.

“It’s been a successful launch given the track record of Apple, and we’ve invested in it appropriately. iPad isn’t quite a mobile phone, but it has a lot of the characteristics of the type of device that plays well with our gameplay: it’s a portable device with digital distribution.”

However Boatman, who heads up EA’s mobile development activities, has identified some differences already between iPad and iPhone/iPod touch.

“While it’s still portable, it’s much more of an immersive device than the iPhone,” he says. “It’s a destination device.”

How so? Boatman explains that iPhone is a truly mobile device that people carry around with them all the time, and so they can whip it out at any moment to just play a game. With iPad, it’s more something they settle down with for a longer session, which has implications for games developers.

“It’s more deliberate, and people expect more of a deliberate, immersive experience,” he says. “We’re deepening the scope of the games, because people really do decide to sit down with it ontheir laps and play for longer periods of time. That affects the kind of games we build.”

Ergonomics has also played a role in the design of EA’s iPad games. Boatman says that early on in development, the company built acrylic plastic models of what it believed the iPad was going to look like, and gave them to its developers and designers so they could get a physical sense of how people might be holding and interacting with the tablet.

“We adjusted the games accordingly, and there were some changes,” he says. “We moved a lot of the UI for Scrabble around, for example.”

“One of the strengths of the iPhone is that it has no set UI: it’s a beautiful blank canvas. Creative teams can paint any kind of interface for their game, rather than be forced to use a D-pad or rollerball. It puts control back into the hands of creative people.”

He thinks iPad also benefits from this, and with a larger screen offers more possibilities.

“People say iPad is a big iPhone, and we don’t think that’s a bad thing. You have this large blank canvas, so you have ever more creative control to create more interesting interfaces. You’re going to see more of that on the iPad: it’s a great innovation experience for the creative teams.”

What about other tablets? iPad has made a strong start with more than a million sales in its first month, but there will be no shortage of competitors in the months to come, running Android or other operating systems. Is EA Mobile thinking purely about iPad gaming, or tablet gaming in general?

In response, Boatman talks about how EA Mobile decides whether to bring its games to a device. The first test is whether people are going to want to buy it, and the second is whether it has a good digital distribution channel. Third, it looks at the OS and underlying software, and the development tools available.

“For iPad, the answer is yes, yes and yes,” says Boatman. And while he prefers not to talk about specific devices or operating systems, he makes it clear that these tests will be applied to other tablets in the months to come.

“We’ll approach all the new tablets that come to market in a similar kind of way,” he says. “If they have a great distribution system, and if people love them, then we’ll make products for them. If they don’t, then we won’t. But one of the strengths of our mobile development and publishing group is that we’re very familiar with the idea of porting games across multiple devices. It’s part of the EA Mobile culture.”