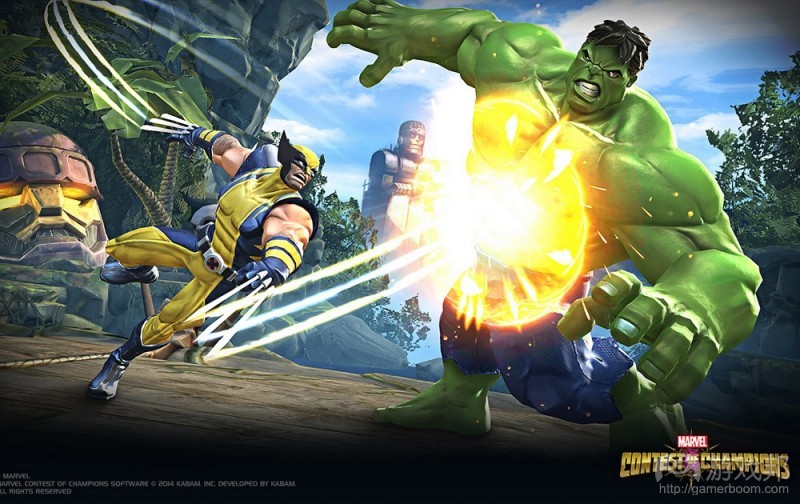 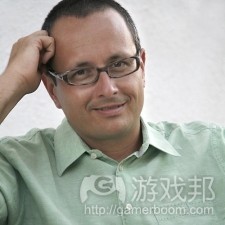 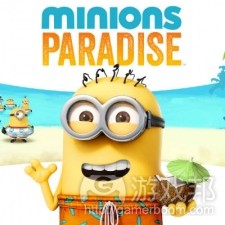 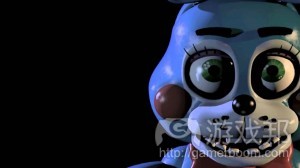 1，Kabam is announcing today that it is taking its Marvel: Contest of Champions action-fighting mobile game to China, one of the largest markets in the world. It has already been downloaded more than 30 million times since it was released last year — and with the hundreds of millions of gamers in China, it could find even more success in a market that’s mad for American brands like The Avengers, Spider-Man, and other heroes.

Among a million apps in the Apple iTunes App Store, Marvel: Contest of Champions is No. 15 in the top-grossing list today, and it’s ranked high for months.

Kabam has had a development studio in Beijing since 2011, and that studio is doing the “culturalization” effort for the Marvel title, with support from Vancouver. The Beijing studio created hits such as The Hobbit: Kingdoms of Middle-earth, and Kingdoms of Camelot: Battle for the North. Each of those generated more than $100 million over the past four years.

Kabam CEO Kevin Chou announced plans to launch the game at the Mobile Games Forum in Hong Kong today. Chou declined to say which Chinese publishing partner will distribute the game, but Kabam is actively negotiating with potential publishers, and Chou said Kabam will name the company soon.（source：vebturebeat ）

As the CEO of the multinational entertainment company Outfit7 Limited, Samo is the architect of the Talking Tom and Friends franchise and leads the creative and overall strategy for both the company and its products. Samo is also the inventor of the Bee7 technology (patent pending).

Forecasts towards the end of 2014 stated that mobile game sales will overtake console game sales during 2015.

But despite the huge revenue potential that lies within mobile games, it can be a bit of a ‘golden goose laying eggs’ scenario.

Making your game profitable can be the hardest part of building a mobile game. Competing with established developers who have massive user acquisition and analytics budgets can be challenging.

Sure, a great game and maybe a bit of occasional luck have helped some of us succeed. But from my own experience, the key is actually a sound strategy and careful planning for both success and to buffer against unavoidable failures.

We’ve learned a lot along the way on our journey from a small start-up to a successful global entertainment company with 250 million MAUs and 2.5 billion downloads.（source：pocketgamer.biz ）

3，Electronic Arts is letting the ink dry on a multi-title partnership deal that will allow it to create mobile games using characters from filmmaking company Illumination Entertainment.

As the masterminds behind Despicable Me, Illumination are letting loose their minions on EA for the first game of the collaboration, Minions Paradise, which will launch with new animated film in the summer.

It’s a blow to Gameloft, who for two years has successfully held the license for the franchise.

Its game, Despicable Me: Minion Rush, celebrated half a billion downloads last month and the accolade of “highest downloaded licensed game in the world across the App Store and Google Play” in 2014.

Clearly EA is hoping to siphon off some of this success, with executive VP of EA mobile Frank Gibeau saying “This incredible partnership will help us bring players an unforgettable way to build the ultimate playground for their Minions, with an engaging story and deep and varied gameplay.”

“Minions Paradise is a great way to start our new partnership with EA,” added Illumination CEO and founder Chis Meledandri.（source：pocketgamer.biz ）

4，Following in the footsteps of Nintendo and Square Enix, Level-5 is expanding some of its popular franchises to mobile devices in a big way while continuing to invest in console game development.

During Level-5′s annual Vision event today in Japan, Siliconera reports the company laid out plans for the year ahead that include releasing its upcoming Professor Layton game on smartphones rather than 3DS and launching a mobile-only sequel to the company’s popular 3DS RPG Fantasy Life.

The company has been releasing smartphone games for some time, and this migration of tentpole titles to mobile devices marks Level-5 as one among many big Japanese game companies (including Nintendo and Square Enix) pouring more resources into Japan’s ravenous mobile market.（source：gamasutra.com ）

5，Freddy Fazbear left his hat behind following the release of Five Nights at Freddy’s 3, leading many to believe the third game in the mega-popular horror franchise is the last. Maybe it is the last; we haven’t heard one way or the other yet.

But the Five Nights at Freddy’s legend will definitely live on. There’s a movie coming.

Earlier today The Hollywood Reporter revealed Warner Bros picked up the rights to a Five Nights at Freddy’s film adaptation. The adaptation is being produced by Roy Lee (The Ring, The Grudge), and the duo of Seth Grahame-Smith and David Katzenberg of KatzSmith Entertainment.

At this point it’s not known what direction the story will take beyond “animatronics try and kill a hapless security guard” (and even that‘s not a guaranteed plot point). Fans of the series know there’s a lot of lore underneath the games’ seemingly shallow presentation. Will the movie shed any light on the murders? On Purple Guy? The child-ghosts possessing the animatronics?（source：gamezebo.com ）