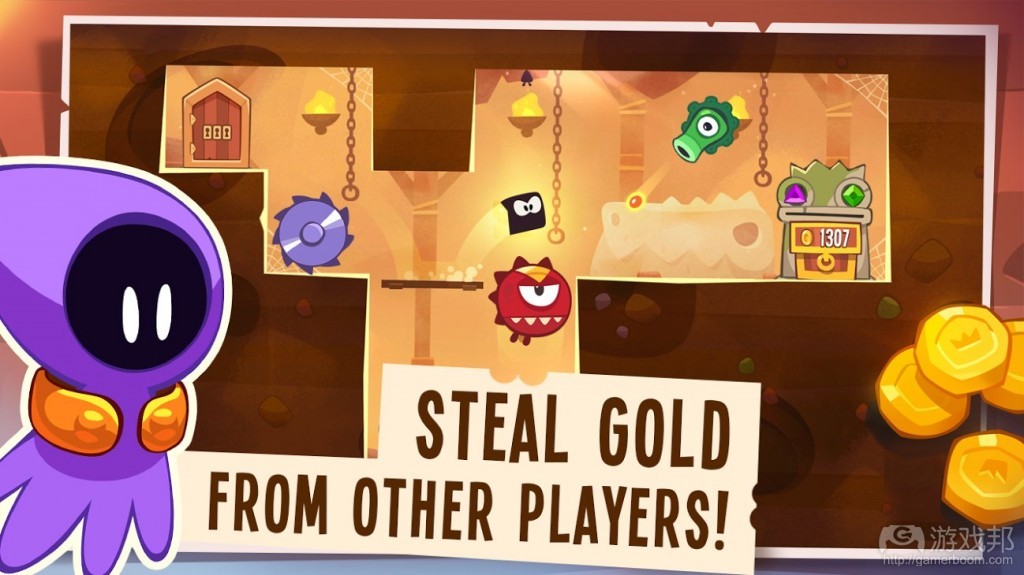 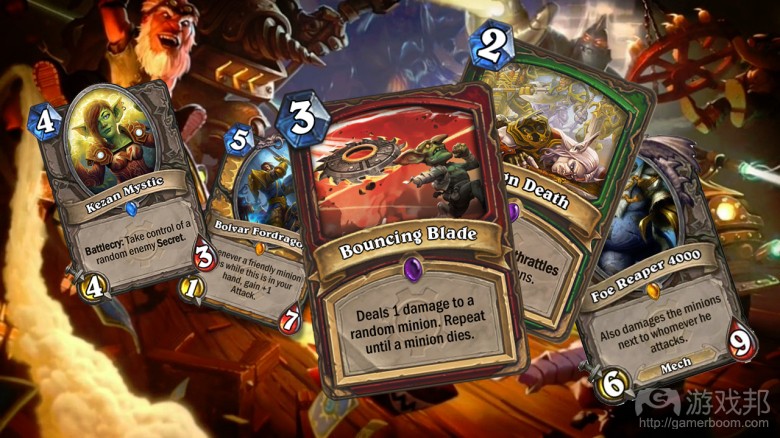 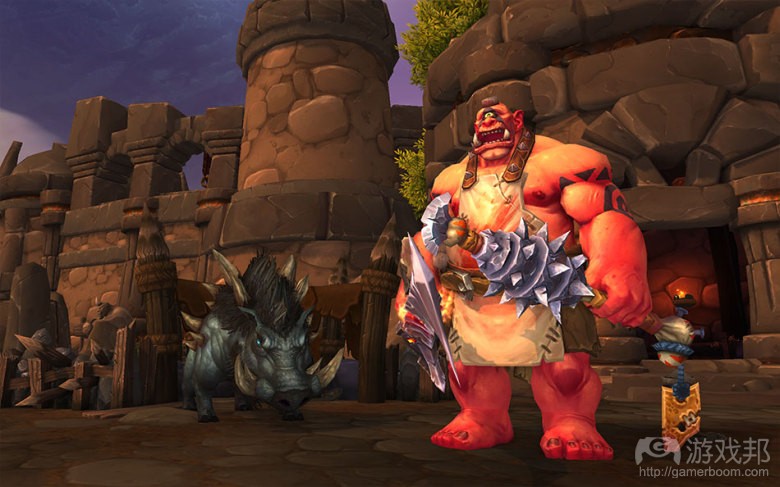 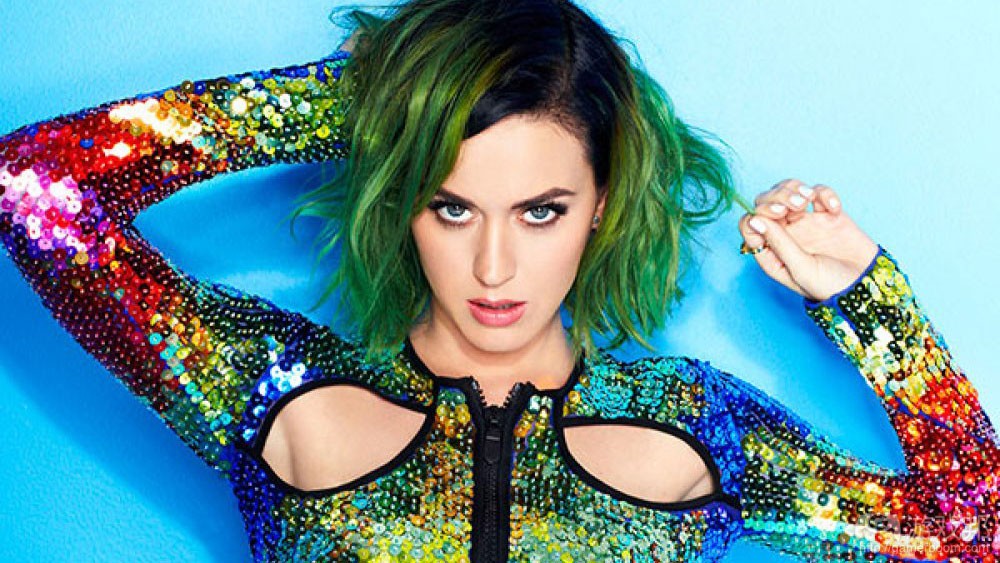 1，ZeptoLab’s new game King of Thieves was announced a few short weeks ago (and made a very brief appearance in soft launch form), but now we know when it’s rolling out worldwide: next Thursday, February 12th. This is ZeptoLab’s “mid-core” game, as it combines challenging one-touch platformer gameplay, as you control a thief trying to make it from point A to point B, dodging buzzsaws and enemies along the way. It’s not dissimilar on paper to what Super Meat Boy
Forever might be in terms of gameplay, though with all levels taking place on one level.

However, that’s just half of the game, as there’s a vast structure built around that platforming game. You can construct your own one-screen dungeon based on different sets of traps, which other players can come and try to raid. And of course, you can go and do the same to other players, competing for control of gems that increase your rank on the leaderboard, which you can also craft to be more powerful and get special items. Dungeon creation has a neat twist, where you have to complete it twice in a row to lock in any redesign, so you can’t just build something impossible, but if you’re talented, you can make something really challenging, protecting your loot.（source：toucharcade.com ）

2，The publisher reported its 2014 results today, and the company revealed that it made $2.2 billion from digital sales alone last year. That makes up 46 percent of Activison’s $4.81 billion in total revenues for period. That helped the company generate a record earnings per share of $1.42, which is up from 94 cents from 2013. Activision is one of the top third-party publishers in games, and it has dominated the last decade with perennial hits like Call of Duty. Now, as some of the shine fades off its aging franchises, the company is slowly finding replacements.

In a statement to investors, Activision chief executive Bobby Kotick said that “2014 was another successful year.” In terms of the company’s financial performance, he boasted about his company’s record earnings per share, its double-digit revenue growth, and digital doings. He went on to talk about the success of Activision’s software.

“We expanded our franchise portfolio by launching two of the industry’s most successful new brands, Blizzard’s Hearthstone: Heroes of Warcraft, and the biggest new IP launch in industry history, Destiny,” he said. “Combined, these franchises attracted over 40 million registered players worldwide and generated more than $850 million in revenue.”

While Kotick didn’t reveal the sales numbers for Destiny, he said the game has “16 million registered” players — although that could include people who have multiple accounts.

He was more specific about Hearthstone. That game now has 25 million registered players thanks to its continued growth on PC and iPad as well as its recent launch on Android tablets. This game — along with digital sales for Call of Duty and Destiny — likely gave Activision’s digital revenues a big boost.

Looking forward, Activision is not expecting to repeat 2014’s huge performance. For 2015, the company is expecting revenues of $4.4 billion and an earnings per share of $1.15.（source：venturebeat.com ）

3，orld of Warcraft is still by far the world’s most successful subscription-based massively multiplayer online game.

Publisher Activision Blizzard announced today that memberships for World of Warcraft once again surpassed more than 10 million active subscribers. This comes after Blizzard launched the Warlords of Draenor expansion, which the company noted sold 3.3 million copies in the first 24 hours after its release. World of Warcraft is one of the biggest driver of revenues for Activision Blizzard, and it’s resurgence is a sign that the company can continue making money from the
game for years to come.

WoW is up from a low of 6.8 million subscribers over the summer. Players jumped back on board in the latter part of 2014 as excitement for Warlords of Draenor built. With 10 million active players, WoW is now much closer to its peak of 12 million subscribers than it is to its lowest point.

Fans may also feel more confident in resubscribing to WoW after Blizzard announced that it canceled its Titan MMO followup last year. That game was set to take the place of WoW, but Blizzard decided against that strategy. Instead, Blizzard took parts of Titan and turned it into a team-based multiplayer shooter called Overwatch that is due out this year.（source：venturebeat.com ）

4，How do you follow up a hit like Kim Kardashian: Hollywood? Your first instinct might be to make more Kim Kardashian games, and, indeed, it looks like that might be happening. But if you’re Glu, you might not want to put all your eggs in one basket. Instead you might want to find another celebrity with a similar demographic.

Hot off her halftime appearance at the Superbowl, Glu has just announced a new partnership with Katy Perry that will see the pop star appear in a new mobile game in 2015. What’s more, they’ve entered into a five-year, exclusive deal with Perry.

If you see her face in a mobile game anytime in the next half decade, you’d better believe it’s from Glu.

“Katy is arguably the most recognized musician in America following her Super Bowl XLIX Halftime performance this past Sunday. She is a cultural icon and we expect to translate key elements of her success into an innovative, highly entertaining mobile experience,” said Glu CEO Niccolo de Masi in today’s press release.（source：gamezebo.com）

Stephan Beier joins as the new director of games operations and Vanessa Wood takes the role of head of localisation, leading the Internationalisation Team.

“Our first and utmost commitment at Bigpoint is on developing and publishing the most amazing games while delivering the best quality of service to our players”, said CEO Khaled Helioui.

“Stephan has had an amazing impact at Travian and Gameforge and brings a wealth of experience in games operations that is rare in our industry. Vanessa has built a unique expertise in games localisation at Sony and will improve further the quality of the narrative to our international communities. Both Vanessa & Stephan are passionate about games and have spent their career aspiring to provide the best experience to players. We are blessed to welcome them amongst our
ranks and progress further in our path to provide the best games possible.”（source：gamesindustry.biz ）