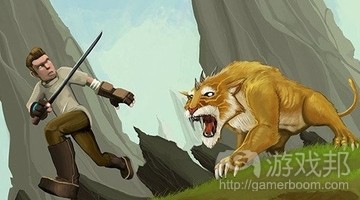 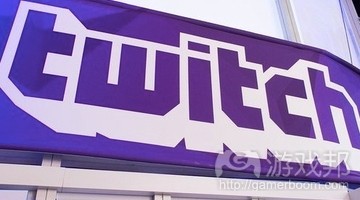 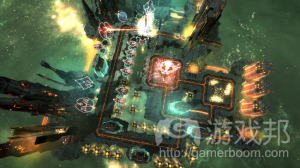 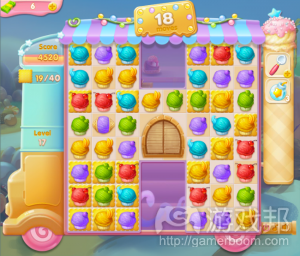 1，Being an indie developer can be brutal sometimes. In a letter to its community on its Kickstarter page, labeled “The Cost of staying independent,” developer Nerd Kingdom, which is working on a sandbox-style game called TUG, has announced an unfortunate round of layoffs that will cut its team size in half.

“A round of funding, that was to come in, to sustain us clear through the end of this year (January) was held back by an investor. The deal that would have gone through would have lost us all control and ownership and we are not huge fans of being owned by investors like this. Sadly, we need to cut off a few limbs to be able to ensure this does not happen,” the developer wrote.

“With this, we are now on a path to growth to fully support a small team with no outside investor support. And this means we have to cut our team in half… its the hardest thing we have ever had to do, but it’s what we all collectively have agreed is the best move for us, and you, our community. We certainly have had people come and go from this project for many reasons, but this core group is all family… and its heartbreaking.”

As a result of the delay in funding and subsequent layoffs, Nerd Kingdom also apologized for the fact that it won’t be able to deliver its Kickstarter backer rewards on time in January. While the developer is facing a difficult time, the good news is that it also may receive help from an unnamed publisher in the near future.（source：gamesindustry ）

2，While it had been thought for some time that Google might purchase online streaming service Twitch, Amazon surprised us all in late August when it announced the acquisition of the company for nearly a billion dollars. Twitch shareholders had already approved the deal at the time it was announced, which may explain why it’s closed so fast. An Amazon SEC filing from September 25 has revealed that the deal is now officially complete.

It’s unclear what Amazon’s long-term plans will be with Twitch, but for now the company has promised to let Twitch operate as usual. “Twitch is largely going to remain unchanged for a while,” Amazon VP of Games Mike Frazzini said at a town hall meeting. “I think as we talk about what ideas we want to pursue, we’ll roll them out and work together over time, but we see this as a tremendous opportunity for the games industry, and for gamers in general.”

Analysts were largely bullish on the deal as well. “Twitch is a great deal for Amazon beyond a competitive win, as it accelerates both its video and games initiatives,” Digi-Capital managing director Tim Merel said.（source：gamesindustry）

3，Games publisher Chillingo has announced the launch of Anomaly Defenders on iOS and Android devices. The tower-defense strategy game was developed by 11 Bit Studios, and is the latest (and final) installment in the Anomaly series. In the franchise’s original tower offense game, players controlled humans, fighting against alien invaders. Now, the tables have turned, and the human counterattack sees the alien planet under invasion. In Anomaly Defenders, players take on the challenge of defending the alien home-planet from the humans.

Each level of Anomaly Defenders sees enemies moving down a set path to take out escape launchpads somewhere on the screen. Players can build turrets and other defensive items on specific build spots along this path, and are encouraged to start this building while the game is paused to keep on top of things. Players can only build as many items as they can afford, using in-game currency. This recharges as players defeat enemies, or players can sell units for an instant boost.

4，6waves’ Sundae Smash is now available to play on Facebook. The level-based puzzle game sees players following a young girl named Eva on a journey through Planet Sundae, with her friends Collin and Douglas, in an effort to find a rocket ship that can send her home. Players complete levels by swapping the locations of ice cream sundaes to create matches of three or more like-symbols in a row.

In each stage, players are asked to complete different kinds of goals without running out of moves. One level may ask players to collect a large number of particular colors of sundaes, for instance, while another may ask players to collect sprinkles left behind by a UFO. In these levels, players make matches next to the UFO to cause it to move across the game board, leaving sprinkled sundaes in its path. Players must then make matches with those sundaes in order to complete the stage.

Another level type adds a popcorn maker to the screen. Similar to the UFO, players must make a match next to the popcorn machine in order to trigger the formation of popcorn on the screen for collection. However, instead of popcorn resting on top of existing sundaes (like the sprinkles), it replaces these symbols altogether for additional challenge.（source：insidesocialgames.com ）