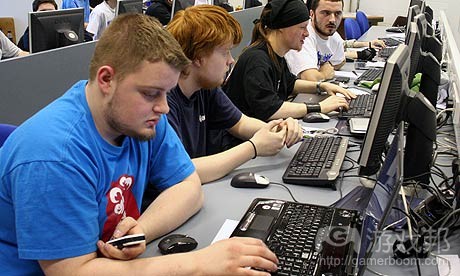 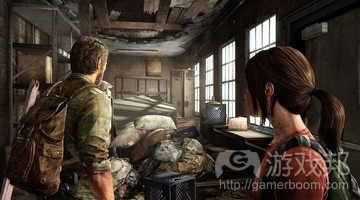 1，Game jams have taken over the world — or that’s the way it seems. Hell, even the White House recently held one. They’re increasingly popular and seemingly going on all the time. What value do they hold for game developers?

They’re a way to flex your creative muscles, meet collaborators, force yourself to both start and finish something, and they teach you important lessons about making games. That’s what our readers said, anyway, when we asked them.

Today’s Twitter question on Gamasutra was this: ‘What value do you see in game jams? What have you learned?’ The responses were many — so many we couldn’t include them all this, week.

Still, if you have something to say, keep it coming in the comments below.

Remember, if you’re interested in participating in these conversations in the future, make sure to follow @Gamasutra on Twitter. The questions usually go out on Fridays in the late morning, Pacific time, alongside Tweets of our regular news, blogs, and original writing. （source：gamasutra ）

Art exhibitions are to be held in Los Angeles at Gallery Nucleus and at the Lucca Comics and Games Festival in Italy, with a third in the Netherlands yet to be confirmed.

The shows are to feature concept and production artwork from the studio itself, as well as tribute pieces by other artists.

An anniversary film documenting the history of the studio will be screened at the events, though it will also be made available online within the next month.

Naughty Dog came to prominence in 1996 with the release of Crash Bandicoot, and since then has become one of the most well-known developers on Sony platforms, with hits including The Last of Us and Uncharted 2.

Fans have been invited to tweet their memories of Naughty Dog’s games using #NDMemories.（from gameindustry ）

3，SongPop developer FreshPlanet has released its newest game on Facebook: TravelPop. The geography and culture quiz game asks players to view images of geographical landmarks, iconic dishes and more from around the world, and quickly answer “yes or no” or “this or that” questions about them. Players can challenge friends or random opponents to one-on-one matches, first choosing a country, and then picking a topic within that country.

The game supports topics relating to multiple countries, including the US, Australia, Brazil, Canada, China, France, Germany, Italy, Japan, Mexico, New Zealand, Spain and the United Kingdom. While it’s easy to assume a resident of Australia would know more about Australian culture and geography than a non- resident (for instance), users can choose categories in any country they’d like.

Like in SongPop, players take turns choosing the country and category, with both players looking to identify the same 10 images in that category in each round. These typically ask users to pick whether or not a particular image relates to that chosen country. For instance, a picture of a crepe in an American food quiz would be a “no,” while a picture of Boston creme pie would be a “yes.”（source：insidesocialgames.com）