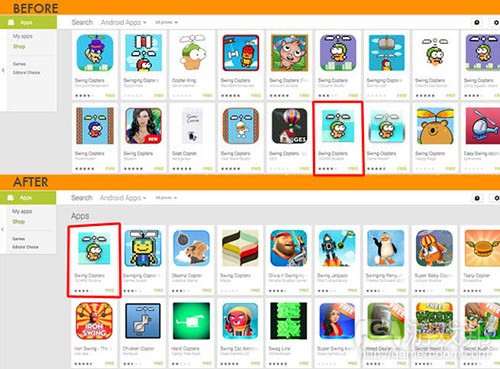 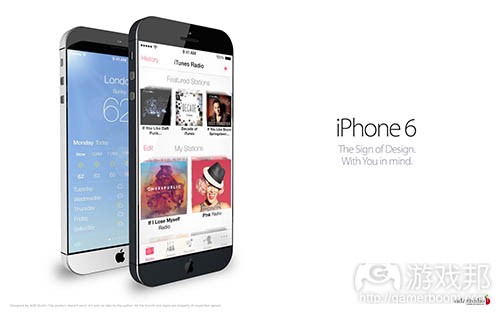 1）The dominance of ‘free’ App Store games, as seen in one handy chart

Earlier this month, mobile marketing firm AppLift took Apple App Store data reported by the mobile-minded folks at Pocketgamer and expanded upon it to produce a handful of graphs charting the contemporary state of the iOS marketplace.

The most interesting takeaway for game developers is that roughly 66 percent of apps on the App Store are free; another 15 percent are $0.99, and (as you can see in AppLift’s graph, embedded above) the percentage drops off even more steeply from there as the price point gets higher.

Given that the paid apps outnumbered free apps on the Store in 2010, it seems clear that freemium has become the dominant economic model on mobile.

That’s likely due to its proven earning potential, as analytics firm Distimo reported that in-app purchases accounted for 81 percent of all revenue generated on the U.S. App Store earlier this year. In some countries, it’s even higher — in Japan and China, for example, revenue from IAP made up nearly 94 percent of all spending on the App Store.

Developers should also note that the Games category now accounts for nearly 20 percent of all apps on Apple’s App Store. That’s actually a significant drop when you consider that nearly half of all apps on the App Store were games when it launched in 2008.

Finally, it’s interesting to see from AppLift’s report that Apple typically sees the highest volume of app submissions near the end of the year, between November and January. That’s because many developers seek to time their launches so their app is front and center on the App Store during the holiday buying season, and game makers should plan their iOS debuts accordingly.（source：gamasutra）

The app world has taken over the great digital attention span, with the U.S. population now spending 52 percent of its “digital time” on mobile apps, according to a Comscore report. Crossing the 50 percent threshold is a pretty important milestone.

The Comscore report is filled with data that probably confirms what you already know: It’s harder to get somebody’s attention because they may be looking down at a mobile device, engrossed in the latest game or social post. Total mobile usage of digital media is now 60%, and mobile is still growing rapidly as a percentage.

In the past year, total time spent on digital media has increased 24 percent and mobile app use has increased 52 percent. U.S. users now spend an average of 7 out of 8 of their mobile minutes on an app, says Comscore’s “U.S. Mobile App Report.”

The desktop is not completely dead, however. As mobile grew, desktop mobile media consumption stayed static at 40% of digital time spent, according to Comscore. And desktop remains more of a workplace tool, with less time spent on social and gaming. (Editor’s Note: If you are interested in learning more about mobile apps, take our latest VB Insight survey on mobile app analytics, and you’ll get the data in return.)

What are people doing with all that mobile time? Mostly goofing off or entertaining themselves, apparently. The mobile app landscape is still dominated by social networking, games, and music. The social networking, games, and radio categories account for nearly half of the total time spent on mobile apps. This indicates that mobile remains more of an entertainment platform than desktop computing, according to the Comscore report.（source：venturebeat）

If you released a Swing Copters clone on Google Play yesterday, it’s probably not available to download anymore.

Google cleaned up its Android app store today by eliminating a ton of clones that used Swing Copters name or art assets (as Android OS newsite Phandroid first spotted). Flappy Bird developer Dong Nguyen released his latest game on iOS and Android yesterday, and opportunist developers were ready to try to steal some of flying game’s attention with apps that featured an identical name and lifted art. Today, when you search for Swing Copters on the Play store, Nguyen’s game pops up first and it’s the only one with that name. This is likely part of Google’s wider efforts to create a better experience on its app market for both developers as well as uses who don’t want to accidentally download something inauthentic.

Fill out our 5-minute survey, and we’ll share the data with you.

Now, as you can see, today’s search still comes back with a bunch of clones, but none use the same name or assets as the real Swing Copters. Nguyen’s game is also the first result. Yesterday, the authentic version was occasionally buried under other games.

As for stuff like Swing Bird and Copters Man, well — those clones have done enough to survive today’s purge. They didn’t copy the name or use any of the art from Swing Copters, so Google is letting them live.（source：venturebeat）

4）Amazon to acquire Twitch in a $970 million cash deal

UPDATE: Twitch has confirmed that it has been acquired by Amazon for $970 million, in an all-cash deal. The acquisition has been approved by Twitch’s shareholders, and is expected to close in the back half of this year.

This afternoon, Twitch sent out a release confirming the deal; its CEO Emmet Shear also posted a “thank you” message on its official site.

“We chose Amazon because they believe in our community, they share our values and long-term vision, and they want to help us get there faster. We’re keeping most everything the same: our office, our employees, our brand, and most importantly our independence,” Shear writes.

“Like Twitch, we obsess over customers and like to think differently, and we look forward to learning from them and helping them move even faster to build new services for the gaming community,” Amazon founder and CEO Jeff Bezos said in a statement.

Original Story: The Wall Street Journal reports that Amazon is in talks with Twitch to acquire the livestreaming platform for more than $1 billion, according to a source familiar with the deal. The Information has also published a similar report, based on information from two unnamed sources.

This is notable because multiple media outlets reported earlier this year that Google was in talks to buy Twitch for $1 billion. The ardor around those talks has cooled, according to the Wall Street Journal’s source.

Earlier this month, Twitch shuttered its non-gaming sister site Justin.tv and significantly changed how it handles archived footage and copyright infringement detection, moves that would likely make it a more appealing target for acquisition. （source：gamasutra）

Apple might be delaying the launch of its forthcoming iPhone 6 smartphone after the company made a last-minute design change that could affect production, reports Reuters.

The design change has to do with Apple having problems with a single layer backlight film on the iPhone 6’s screen. According to Reuters’ sources, Apple decided to switch back to a two-layer film, which has caused the company’s component suppliers to scramble, disrupting the production time.

The delay could also have something to do with a new strategy by Apple to offer a more diverse lineup of phones. The company is rumored to be offering two new larger sizes for the iPhone 6, a 4.7-inch model and a 5.5-inch model. So any last-minute changes to the phones impacts two devices, not just one, which could mean a longer lag.

Apple is scheduled to hold an event Sept. 9 that presumably will be focused on the iPhone 6, as VentureBeat previously reported. It’s possible the company could still debut the new iPhone at the event despite the production delays, while setting a launch date to buy the device later than expected.（source：venturebeat）