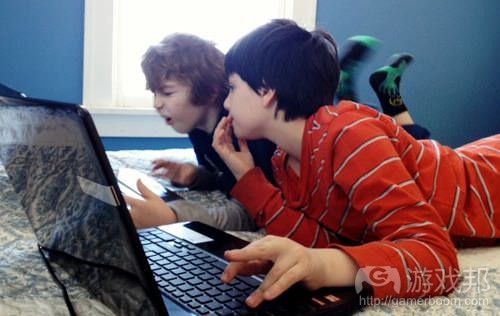 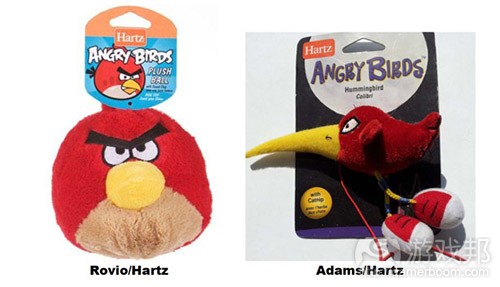 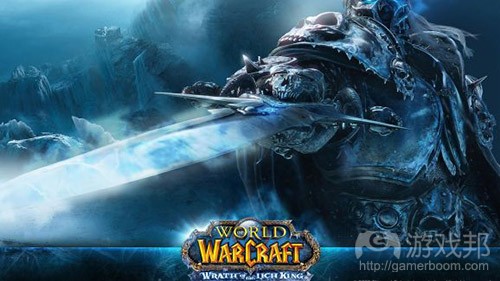 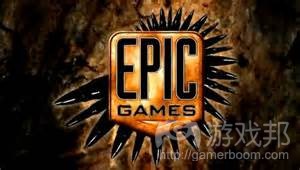 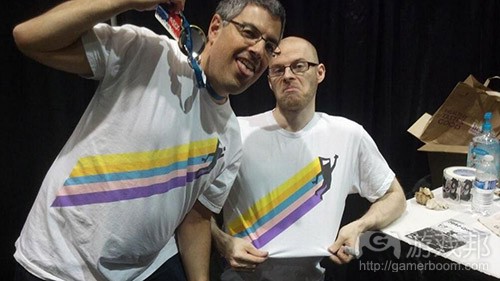 Children who play video games for an hour or less a day are happier, more sociable, and less hyperactive than those who don’t game, according to an Oxford University study.

Experimental psychologist Dr Andrew Przybylski conducted the study, published in the Journal of Paediatrics, which surveyed 5,000 British children aged 10 to 15.

Dr Przybylski concluded that “young people who indulged in a little video game-playing were associated with being better adjusted than those who had never played or those who were on video games for three hours or more.”

Kids who played for an hour or less a day had the highest levels of sociability and were most likely to report satisfaction with their lives. This group “also appeared to have fewer friendship and emotional problems and reported less hyperactivity than the other groups,” according to  Dr Przybylski.

Kids playing for moderate amounts of time — one to three hours a day — seemed unaffected by their hobby, but those playing “excessively” — for more than three hours a day — were the least well-adjusted group. Dr Przybylski suggested that this could be “because they miss out on other enriching activities and possibly expose themselves to inappropriate content designed for adults.”

These negative effects were small, however, and Dr Przybylski said that “high levels of video game-playing appear to be only weakly linked to children’s behavioral problems in the real world.”

Dr Przybylski told the BBC that research into gaming is often “polarized between those who believe games have an extremely beneficial role and those who link them to violent acts,” adding that “this research could provide a new, more nuanced standpoint.”

Although the study did not focus on or recommend any particular games for children, Dr Przybylski told WebMD that “past research done by myself and other researchers would suggest that open-ended, ‘sandbox’ games such as Minecraft, SimCity, and Kerbal Space Program are good picks.”

Don’t start to think that games on their own are the key to a happy life, though. Dr Przybylski pointed out that other factors, such as the strength of family relationships and happiness at school, actually play a larger role in determining children’s well-being.（source：venturebeat）

Disclosure: The organizers of ChinaJoy paid my way to Shanghai. Our coverage remains objective.

SHANGHAI — It doesn’t get much hotter than this, unless you’re talking about the temperatures this city reaches during the summer. The Chinese mobile-game market has exploded, with revenue expected to grow 93 percent to $2.9 billion in 2014, and that expansion should continue at a compound annual growth rate of 37.6 percent from 2013 to 2018.

Niko Partners, an independent market researcher, estimates that 38 percent of Chinese mobile gamers will spend money in 2014. In a 76-page report, the company analyzed the market and reviewed popular Chinese mobile titles in partnership with San Francisco-based App Annie.

The high rate of paying is surprising, but China is becoming more affluent. Smartphones are becoming ubiquitous, as I saw during my trip to the ChinaJoy gaming expo in Shanghai. Lots of people I met had two smartphones, and they kept chatting on the WeChat mobile-messaging service or talking on the phone — right through a couple of dinners I attended.

The players pay for premium downloads or, more often, with in-app purchases in free-to-play releases, where people play for free and pay real money for virtual goods. Niko said the percentage of payers will rise every year through 2018. Advertising is not expected to be a big part of overall mobile-title revenues.

By 2018, the mobile-game market in China is expected to hit $7.7 billion in revenue, said Xiaofeng Zeng, senior analyst at Niko, in a translated interview with GamesBeat.

Casual offerings on Android devices should be the most popular in the market this year. The PC online-game market remains China’s largest sector with $14 billion in revenue expected in 2014. But mobile growth will erode the PC’s dominance.

While China might seem like the land of riches in gaming, Niko warned that its important to understand Chinese players, their preferences, and behavior, as well as the complex distribution environment with more than 190 app stores. If you’re going to launch a game in China, you have to do your homework.

App Annie ranked the top 20 iOS App Store games by downloads and revenue in China for June 2014, and Niko estimated the downloads and revenues of Android games by researching Chinese app stores and markets. Niko surveyed more than 1,000 mobile gamers in large Chinese cities on a couple of occasions, and it spoke with many developers, too.

“With roughly 4,000 mobile games published in China annually, a company needs to understand the true demand and behavior of Chinese gamers in order to ascend to the top of the rankings and generate significant revenue,” said Lisa Cosmas Hanson, managing partner and founder of Niko Partners. “However, with 288 million Chinese mobile gamers in 2014 forecast by Niko to rise to 770 million by 2018, a savvy mobile-game developer can be profitable with even a small amount of spending on its game if it gets into the hands of enough smartphone owners.”

Those figures mean, of course, that the number of Chinese mobile players is almost as big as the population of the U.S., and in the next five years, the number of gamers will be several times bigger.（source：venturebeat）

A Seattle artist claims that she invented the Angry Birds IP years before Rovio launched the first in its popular bird-flinging video game series, and now she’s looking for compensation.

In a complaint filed in the U.S. District Court for the Western District of Washington this week, Juli Adams says that she entered into an agreement with pet toy manufacturer Hartz Mountain Corporation back in 2006 over the brand.

Hartz allegedly asked Adams to design a pet toy line, and she came up with Angry Birds, a line of plush toys for cats. The alleged agreement stated that there would be “no transfer of ownership,” claims Adams, and thus she would keep ownership of the IP.

However, Adams claims (although it’s unclear with what evidence) that Hartz then went on to license the Angry Birds IP to Rovio, and then “dumped” Adams and began making toys based on Rovio’s vision of Angry Birds, without Adams’ permission and without paying royalties to her.

Adams’ suit states that her last royalty payment from Hartz with regards to the Angry Birds IP was in 2011 for $40.66. She alleges that she only recently fully understood the situation.

“I assumed they were right. I didn’t put two and two together until later,” she states. “It made me feel helpless. Here I am up against a big company. It was scary and unnerving.”（source：gamasutra）

The World of Warcraft bleeding continues, but the upcoming expansion should act as a temporary tourniquet.

Publisher Activision Blizzard announced that its long-running, popular massively multiplayer online role-playing game is down to just 6.8 million subscribers. That’s down 800,000 from 7.6 million last quarter. This is the lowest membership for World of Warcraft since 2006. It’s not much of the surprise that the decade-old game is losing players, considering its age and how some online gamers are moving from paid subscriptions to free-to-play games with in-game transactions. Blizzard also intends to launch the MMO’s latest expansion, Warlords of Draenor, in the next few months. That should boost subscriber numbers, and 1.5 million people have already prepurchased the add-on. So while the game is still making money, Blizzard’s need to replace World of Warcraft’s revenue is clearer than ever.

World of Warcraft is down from its peak of 12 million paying members in 2010. Players have slowly trickled away from the MMO over recent years, and that has left a small hole in Blizzard’s revenue. While that is something the company is looking to address, it continues to hold on to millions of people who are all dropping $15 a month 10 years after the game first debuted.

That dedicated audience is buying Blizzard plenty of time to figure out what to do next. The developer is experimenting with free-to-play games, including its recently released collectible-card game Hearthstone and the upcoming multiplayer online arena battler Heroes of the Storm. Analysts expect those games to generate around $200 million in revenue this year.

With World of Warcraft generating plenty of cash and some other games starting to grow and make money, Blizzard is still quiet about its next MMO. In May 2013, the publisher dismantled its upcoming game Titan and sent much of the team working on the game to other projects. Titan was Blizzard’s followup to World of Warcraft, but it has rebooted production and now it won’t debut until 2016 at the earliest.（source：venturebeat）

5）Epic Games is opening a studio in the UK

Epic Games is opening a studio in the UK, and has acquired and integrated long-time partner Pitbull Studio as part of the process.

This new studio will focus on development of the Unreal Engine 4, while potentially providing help on upcoming Epic releases.

Pitbull has worked with Epic for a long time, contributing to development on the Unreal Engine, Gears of War, Fortnite, and other projects.

Epic’s Mike Gamble noted, “Setting up a bespoke Epic presence here and fully utilizing the Pitbull team as part of that enables us to support Unreal Engine 4 developers across Europe on an entirely new level.”

Pitbull’s Robert Troughton will serve as general manager of Epic Games UK, and will oversee all UK operations while also helping Unreal Engine 4 devs around Europe.（source：gamasutra）

We already knew that things weren’t so hot between Nintendo and its indie guy Dan Adelman, but now Adelman has confirmed that he has left the company after nine years.

Adelman was banned from posting on Twitter by Nintendo last year, after he spoke ill of the company’s region locking exploits. Now Adelman has told Kotaku that he left Nintendo last Friday.

The industry veteran says that he was frustrated with Nintendo’s acts to clamp down on actions that did not gel with its corporate message, such as the banning of his Twitter account.

“I think people were kind of on pins and needles about anything untoward I might say,” he noted. “And every once in a while, I’d give an answer that people didn’t like, and some people would freak out, so they tried to scale things back. First they had me do interviews with someone from PR or marketing. Later they just decided that I shouldn’t be in the press at all anymore.”

“I had been strongly encouraged to stay off of Twitter — or at least say only things that were clearly safe — so after the region-locking comment they just said I needed to stop completely,” he added. “When people started complaining that I wasn’t active on Twitter anymore, it was suggested that a PR person could just post in my name. I thought that was about the worst idea I’d ever heard, so I left it as is and let the silence speak for itself.”

Adelman will stay in the industry as an independent marketing and biz dev specialist for indies. He also stressed that there is still a team at Nintendo dedicated to helping indie devs bring their games to Nintendo platforms.（source：gamasutra）