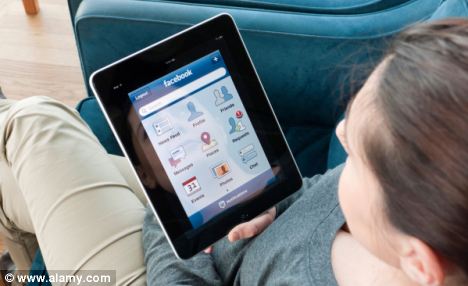 They have thousands of online Facebook friends and use social networking to text, blog and Twitter their every thought.

But Britain’s 16 to 24-year-olds – the so-called Facebook generation – are lonelier than any other age group, researchers found yesterday.

One in three said they were bored with their lives, compared to just eight per cent of pensioners, and 28 per cent complained that loneliness was making them unhappy.
Lonely: 16-24-year-olds suffer from isolation, a survey found

Worryingly, more than a quarter revealed they turned to alcohol for comfort, and half admitted to using junk food as an emotional crutch.

The depressing picture of life for young people in Britain emerged from a survey into national happiness levels, conducted for BBC Radio 3.

As Britain comes to terms with swingeing new austerity measures, teenagers and young adults emerged as having the greatest worries about work and money.

Asked what made them unhappy, 70 per cent of the Facebook generation said finances topped their list of concerns.

More than a third were worried about holding down a job, compared to a quarter of middle-aged respondents.

One in three said they were tormented by family or relationship problems, and they were also the age group that were most likely to struggle over their social status.

Overall, money was the biggest cause of unhappiness across all age groups, above work, relationships and loneliness.

But while older age groups shared the Facebook generation’s finance fears, they were more fulfilled in other areas of their lives.

Almost a third of the youngest generation reported they had relationship problems, which dropped to just eight per cent among 55 to 64-year-olds.

And one in three of the Facebook generation – more than any other age group – said they wanted to move abroad in search of happiness.

Behavioural psychologist Jo Hemmings said: ‘There’s nothing wrong with social networking, but if it’s used instead of face-to-face meetings or phone calls than it can be very isolating.

‘Real friendships are made through shared experiences and bonds. Some social networking “friends” are barely even acquaintances, without any real meaning or intimacy.’ （Source：dailymail）