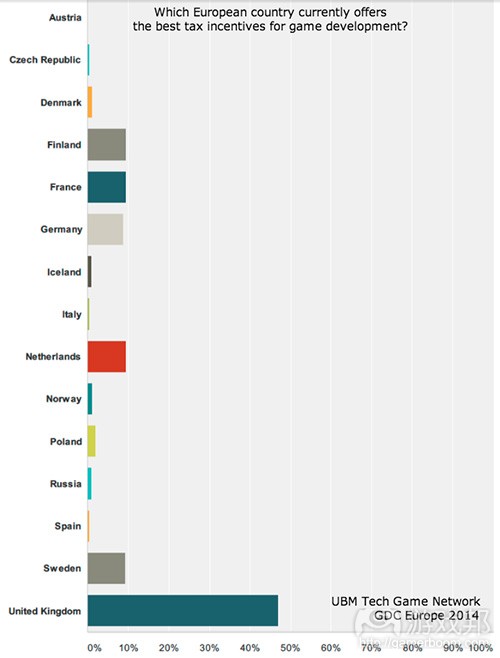 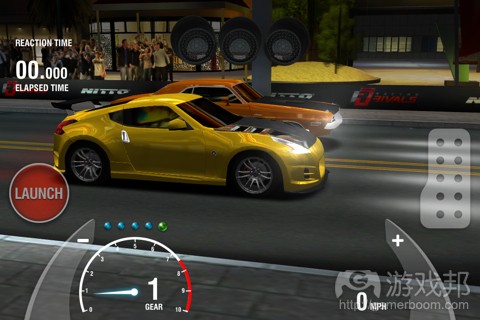 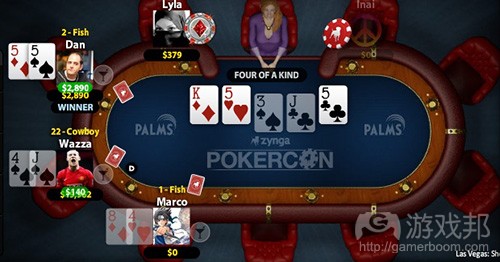 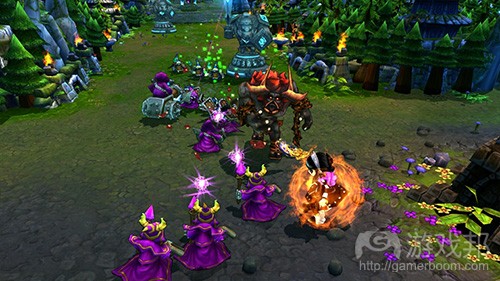 In order to get a better understanding of the European sector of game development right before GDC Europe, the Game Developers Conference has surveyed over 400 European games industry professionals who have attended GDC shows, read Gamasutra, or plan to attend GDC Europe 2014 in August.

The resulting GDC Europe State of the Industry report offers some interesting insight into which European country is perceived to be a premier development hub, as well as how European developers are adapting to emerging trends like crowdfunding and regional tax incentives for game development.

Yesterday, we shared some extended results from the survey regarding platform interest in Europe that suggest developers are excited about PC, mobile, PlayStation 4 and VR development.

Today we dig deeper into the data and share some anonymous feedback from survey respondents to try and get a better sense of how European developers feel about the contemporary state of tax incentives in Europe, as well as how they might like to see the system improved.

Developers feel tax incentives are best in the U.K., but Canada remains the ideal

Nearly half (47 percent) of survey respondents feel that the UK currently offers the best tax breaks for game development. Finland, France, Germany and the Netherlands were tied for a distant second, with 9.5 percent of the vote apiece. (Not all of the countries voted for have comprehensive tax breaks, but some were considered more ‘tax-friendly’ than others by our respondents.)

Many members of the European development community seem to appreciate the UK’s recent decision to implement tax breaks for the game industry. “It’s great the UK finally has tax breaks,” wrote one respondent. “Other countries would be wise to follow suit.”

Still, a number of respondents continue to cite Canada’s tax incentive program as a model system that is drawing business and talent away from Europe, with many writing comments like “We should try to do [tax breaks] like Canada…now they are top notch,” and “We lose a lot of business to Canada.”

Those who are neutral on the topic seem to be in favor of alternate funding systems, like financial grants or cultivating a stronger investment culture. “[We] should focus on small grants for new startups, and larger grants towards startups that have proven potential,” wrote one developer. “I don’t believe in industry-specific tax breaks, but rather fostering an entrepreneurial climate,” wrote another.

By and large, the European developers surveyed tended to look upon domestic tax breaks for the video game industry as a boon for big publishers and developers, while small-scale game makers are better-served by direct grants or subsidies.

“Large companies round their money through Luxembourg, [which is] not possible for smaller devs,” opined one respondent. “Tax breaks are good for big guys, government subsidies are better for smaller studios,” wrote another.（source：gamasutra）

It is known that you can’t make as much money on Android as you can on iOS. At least one developer is finding that isn’t necessarily the case.

Racing Rivals developer Cie Games finally unleashed its driving game on the Google Play store, months after it hit iOS. After four weeks on Android, Racing Rivals has already surpassed 5 million installs on Android, which the company notes is a faster adoption rate than it enjoyed on Apple’s mobile devices. Android owners aren’t only downloading the free-to-play app, but they’re also making in-app purchases at a rate that rivals their iOS counterparts — although Cie won’t disclose how much the game is currently generating.

“It’s pretty close,” Cie studio head Matt Nutt told GamesBeat. “When we look at average revenue per daily active user (ARPDAU), Android is nearly what we’re seeing on iOS, and the gap appears to be closing.”

While that gap is probably partially due to the traditional spending disparity between iOS and Android owners, the huge number of Racing Rivals players on Google’s platform is likely pulling down the average slightly.

“We saw a massive volume of new installs at launch from the Play Store, but as the more casual players churn out, we’re seeing ARPDAU from Android continue to climb,” said Nutt. “It’s not what we were expecting based on anecdotes shared with us by peers in the industry.”

Cie’s development peers probably weren’t lying, but their information is potentially out of date. The app-tracking firm App Annie recently reported that total revenue on the Google Play store grew around 150 percent year over year in the first quarter of 2014.

Racing Rivals is an example of this growth.

“[Google Play has an] ARPDAU near parity [with iOS], plus we have a bigger DAU from the bigger Android platform,” said Nutt. “This means we’re seeing more revenue coming from Android than iOS — again, that’s not what we were expecting. We couldn’t be happier.”

Of course, this doesn’t mean every iOS game can move to Android and expect these results immediately. Nutt says that he thinks Racing Rivals’ cross-platform multiplayer, which enables iOS and Android folk to play with one another, is helping the Google Play version.

“By launching in the Play Store, we created a bigger universe of players for our racing-MMO,” he said. “That’s something that benefits both platforms. In fact, iOS revenue jumped 80 percent when Android went live. Obviously we’re actively developing ports for other platforms, and we’re keen on finding the right strategies for building audience internationally as well.”（source：venturebeat）

Social casino games grew 8.6 percent in the second quarter to $663.7 million, according to a report by Eilers Research. That growth isn’t as fast as it once was, but it shows that the market is becoming mature and established.

Social casino games have become a $2.7 billion worldwide industry in a short few years thanks to rapid growth on Facebook and mobile. This has prompted a lot of merger-and-acquisition deals as well as the creation of dozens of startups. But as you can see from the chart, big companies are dominating the market.

Caesars Interactive Entertainment still leads the market with 21.2 percent market share thanks to its properties Playtika, Buffalo Studios, and Pacific Interactive. Its share is more than double of the nearest competitor, IGT, the world’s biggest slot machine maker and owner of the DoubleDown Casino social-mobile games. IGT has 11 percent share, with revenue up 5.8 percent in the quarter.

Zynga is in third place with 8.8 percent market share. The company’s core app, Texas Hold’Em Poker, accounts for 74 percent of its social casino gaming revenues on Facebook. That game’s revenues fell 12.5 percent in the quarter, marking its sixth consecutive quarterly decline on Facebook. Zynga’s Hit it Rich! Casino Slots game was able to offset that decline with a 24 percent revenue increase in the quarter.

The Google Play store revenue grew 20 percent from the previous quarter. And based on first half revenue, the overall social casino sector is expected to hit $2.7 billion in revenue in 2014, compared to the previous estimate of $2.6 billion.

Facebook announced today that it’s rolling out an update that lets game developers with sell in-game goods and services directly from ads on the desktop version of the website.

Starting now, you should be able to create an ad for virtual goods in your game through Facebook’s various advertising management systems, and users who see the ad can click to buy the item and start playing your game.

The ads can appear in either the right-hand column or the main news feed of Facebook’s desktop interface; previously, ads for in-game transactions could only be shown within the game itself.

For more information, check out the update on Facebook’s developer blog.

Facebook has already seen some success in driving revenue from in-game purchases; the company reported a slight increase in game revenue during its most recent financial report, despite an overall decline in the number of people playing Facebook games in a desktop browser — the sole source of said game revenue.（source：gamasutra）

Gaming-based social media site Raptr gave us a look at what its members are playing, and it’s easy to see a couple of big trends among its over 28 million users from over 100 countries.

Notably, multiplayer online battle arenas (MOBAs) like League of Legends and Dota 2 rule Raptr’s list of the most played PC games in June. Together, they make up almost 25 percent of Raptr members’ game time. That’s almost a 5 percent increase from May.

MOBAs are highly competitive and free-to-play, a combination that has snared a lot of fans. Other publishers are taking notice of how profitable these games are, and it seems like pretty much everyone has their own MOBA in the works.

Looking at the full list below, you can also see that the new massively multiplayer online role-playing game Wildstar stole a few players from other MMOs.

According to the list, Wildstar was No. 6 with a 2.86 percent share of Raptr members’ time. Every other MMO went down at least one spot on the list from the previous month.

Of course, World of Warcraft still ranked higher at No. 3, but it was down one place from last month. As you can see in the chart below, Final Fantasy XIV, Guild Wars 2, and The Elder Scrolls Online all tumbled multiple spots.

Of course, The Elder Scrolls Online also had a decent showing last month, when it was also a new game. it was No. 5 with 3.78 percent share of game time. In one month, it plummeted to No. 20. We’ll have to wait to see if Wildstar can fare better.（source：venturebeat）