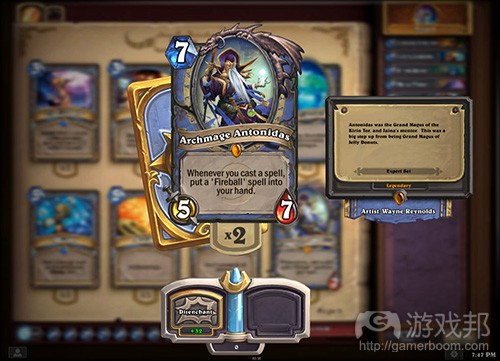 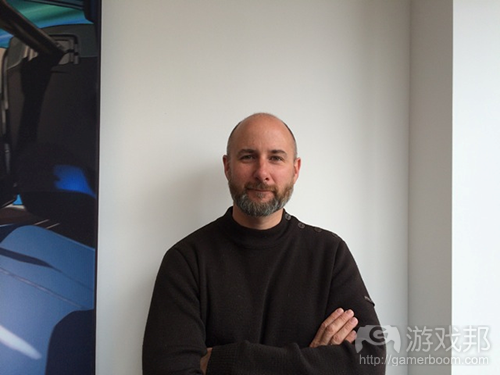 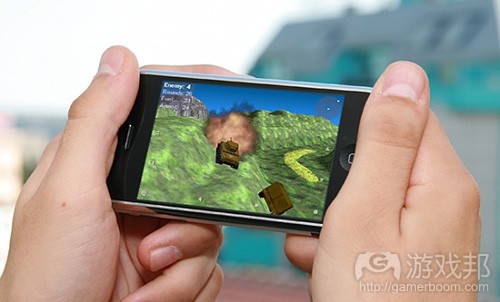 1）Hearthstone is sliding down iPad’s top-grossing charts — expansion as well as iPhone, Android versions will help

Blizzard’s free-to-play collectible card game isn’t blazing as hot as it once was, but the developer’s plans for Hearthstone should help.

Hearthstone: Heroes of Warcraft, which has players facing each other in one-on-one competition online, is no longer in the top 20 highest-grossing iPad apps. Right now, in the U.S., it is No. 23. That’s not terrible, but it puts it well outside the realm of something like developer King’s Candy Crush Saga puzzler or even its Pet Rescue Saga in terms of monkey-making power. Hearthstone debuted strongly for iPad in April, but it isn’t maintaining its momentum as well as other top mobile releases. This doesn’t mean Blizzard doesn’t have the cards in its hands to make a comeback.

In a note to investors, Cowen & Company analyst Doug Creutz noted the slipping popularity of Hearthstone, but he explained how it could still end up as one of the bigger mobile games over the next quarter.

“With a significant ‘Adventure Mode’ content update coming this summer, we expect the game to return to the top 20 before the end of Q3,” Creutz wrote in a note to investors this morning. “We also believe the planned smartphone versions of the game will be successful.”

When Hearthstone launched on iPad in April, it quickly shot to the top of the download charts in 47 countries. That includes important markets like the U.S., U.K., Brazil, South Korea, and Russia. Despite that, out of those, it only reached No. 1 on the top-grossing charts in South Korea. Instead, it hovered near the top 10 for a few weeks before slowly sliding to its present ranking. While every game eventually tails off, the top mobile releases (like the aforementioned Candy Crush Saga) maintain a presence at the top of both the download and grossing charts for months at a time. Hearthstone hasn’t done that, and one of the reasons for that is probably because it is only on iPad as far as mobile platforms go.

Hearthstone originally debuted for PC and Mac. The iPad release followed a few months later, and now Blizzard is working on a version for iPhone as well as Android smartphones and tablets. The company previously promised to deliver those versions before the end of the year. This will obviously make the game available to more people. That should give a boost its download and grossing numbers, but it may also help increase its iPad sales. People who have Hearthstone with them on their phones when they’re on the go might remember to continue their progress on their iPads when they get home. The availability on iPhone and Android will also bring more people into Hearthstone, and that may increase its visibility in social situations.

While the iPhone and Android versions are important, the upcoming expansion Curse of Naxxramas is just as crucial. With it, Hearthstone is not only getting fresh content, but it’s getting its first single-player adventure. That could attract a different kind of player who wants to try Hearthstone but isn’t sure about only playing online multiplayer.

Hearthstone is a very important product for Blizzard. The developer has routinely generated millions in revenue annually thanks to its megapopular, subscription-based game World of Warcraft. That massively multiplayer online hit has been slowly losing players over time. It once had 12 million paying members, but it is now hovering around 7.6 million. While that is still making plenty of money for Blizzard, it is clearly looking for other sources of cash to help ensure its financial future. With that in mind, it debuted Hearthstone as its first free-to-play game as well as its first major mobile release.

The studio is also now already testing its second free-to-play game, Heroes of the Storm, which is its League of Legends-style multiplayer online arena battler.

Analysts expect that Hearthstone and Heroes of the Storm could combine to make Blizzard as much as $200 million in 2014.（source：venturebeat）

2）Five things that drove $12.5B in game company acquisitions in the past year

In the past 12 months, more than $12.5 billion in game company acquisitions have been announced, according to a report by game advisory firm Digi-Capital.

London-based Digi-Capital said in its second-quarter report that mobile led the way with $4.6 billion in deals in the past year, followed by $4.0 billion in massively multiplayer online game deals, $2.5 billion in game technology deals, and $1 billion in console deals. There are five drivers to this “consolidation crush,” said Tim Merel, managing director at Digi-Capital.（source：venturebeat）

Three notable free-to-play mobile game designers sat down to chat at Develop Conference today, each with the opinion that monetization in free-to-play is slowly but surely leaving behind that idea of grabbing players quickly, milking them for cash, and then moving on.

Jason Avent, director at CSR Racing studio Boss Alien, has had plenty of experience when it comes to monetization in mobile games. This industry veteran believes that mobile players have changed the way they spend money in games now, and as such, mobile studios have had to change tack.

“I think we’re moving away from the aggressive initial monetization,” he says. “Those people who love your game are happy to pay for it. It’s getting people into that longer game.”

“I don’t think paywalls are the future,” Avent adds. “We need to move away from exploiting a small number of people, and instead work to make lots of people stick around.”

Matthew Wiggins of mobile studio Jiggery Pokery agrees, adding that, “I would rather have 10,000 people who play my game for two years, than a million people who only play for a short time.”

“The kiss of death for mobile is being able to pay to win,” he notes. “What that means is that you don’t even want to have anything that hints at that. You want players to not even be able to think that a game is pay to win.”

There are psychological effects going on in this area now, he reasons. “People look at a free game and say, ‘There’s going to be a catch here.’ So for us, we think about ways that players can extend the game and express themselves.”

Simon Oliver of Hand Circus is in an interesting position. He originally built premium mobile games like the Rolando series, and is now finding that building free-to-play title Seabeard is proving very different.

“Designing a really long lasting game was something we hadn’t done before, it’s really interesting,” he says. “Listening to the audience and seeing what they love. We can now build something like a skeleton and watch it grow.”（source：gamasutra）

Tapjoy has tapped up Zynga’s ex-head of publishing Rob Dyer as its new senior vice president of developer relations.

Prior to Zynga, Dyer was SVP, publisher relations at PlayStation, and before that he was president of Crave Entertainment and Eidos.

“Bringing in someone of Rob’s caliber and diverse experience adds yet another well-versed industry veteran to our executive leadership team.

“Rob’s experience with both publishing and platform companies will have a significant impact on how we continue to drive value for our clients and partners.”（source：pocketgamer）

The PlayStation 4 and Xbox One have both reached millions in system sales, but they aren’t preventing people from also adopting other devices for gaming.

People who play on multiple platforms is the only segment of gamers that is growing, according to a report from industry research firm The NPD Group. That chunk of the market, which NPD calls “omni gamers,” grew from 16 percent to 22 percent of the total gaming population in the U.S. from 2013 to 2014. The biggest group, mobile-only gamers, maintained its 29 percent hold on the market. Casual, “core-console,” “family,” “PC-only,” and social gamers all lost up to 2 percentage points. This suggests that even as dedicated gamers drop $400 on new PlayStation 4s, they are also spending time gaming on their iPhone or Android devices.

In fact, smartphone was the only type of gaming device to experience growth from 2013 to 2014. More than 7 out of 10 gamers reported that they play games on their phones. That is up 4 percent from last year. Consoles and PC did not experience overall growth, even if individual platforms like PlayStation 4 and Steam did.

While gamers are using their smartphones more, spending per player is up for both digital and physical. The average gamers spent $48 on physical games in the last three months, that’s up from $45 over the same period last year. For digital, it is up to an average of $16 from $11 in 2013. Gamers in almost all segments are also spending more time with their purchases.

“Across both digital and physical formats, spending has increased from last year for consoles, portables, and digital gaming apps, which is great news when also combined with the fact that gamers are spending more time playing games,” NPD analyst Liam Callahan said. “Being able to understand the segments that are driving the changes in behavior towards purchasing and time spent gaming is fundamentally important to navigate this complex time in the gaming industry.”

With spending still strong and engagement still high, consoles and PC are still in a strong position with gamers, but it’s clear that smartphones are only capturing more time, more money, and more players with each passing year. And the competition for consumer cash may boost creativity in game development as well as software distribution.（source：venturebeat）

Bleszinski filed for the new business in April with the North Carolina Department of the Secretary of State, said the report. The document lists him as the registered agent of a company in Raleigh, N.C. The papers list Bleszinski as CEO and former EA producer and Guerrilla Games cofounder Arjan Brussee as chief operating officer.

Contacted by GamesBeat, Bleszinski said in an email, “I find it promising and exciting that there’s such interest in what I do next that people are willing to look up from their Bud Lite and hot dogs and fireworks and continue to talk about what I may be doing next in my professional career.”

Brussee cofounded Killzone developer Guerilla and served as production director there for nine years. Their history together goes back to the 1990s—Brussee helped Bleszinski on his Jazz Jackrabbit game, which came out in 1994.

On Monday, Bleszinski tweeted that he was coming out of retirement to work in the game business again.

Bleszinski was one of the earliest employees at Epic Games, the maker of the Unreal and Gears of War shooter series that have sold millions of copies. He retired from Epic in late 2012 after nearly two decades of making games, not long after China’s Tencent invested more than $330 million for a 40 percent stake the publisher. For Bleszinski and other longtime Epic employees, that sudden liquidity made them fabulously wealthy and gave them a chance to evaluate their careers. Bleszinski, who was a celebrity designer who frequently appeared in photo ops with the Gears of War chainsaw gun, decided it was time to move on.（source：venturebeat）