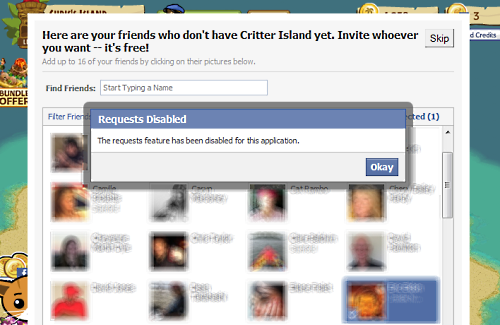 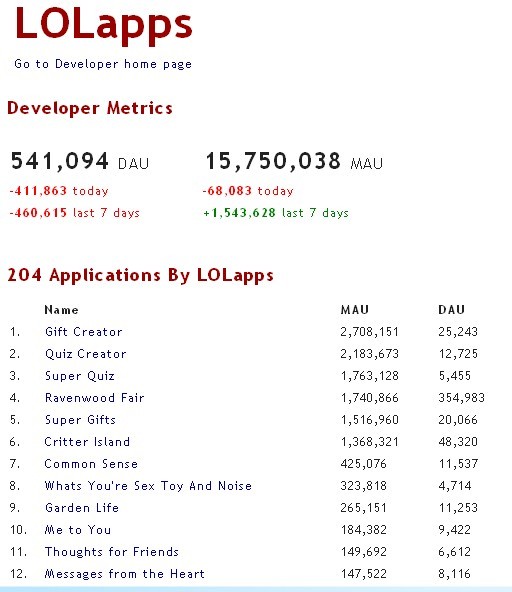 A little over two weeks ago, Facebook removed all LOLapps games and apps without public explanation. The reason became clear when, a couple days later, The Wall Street Journal published a front-page investigation into third-party Facebook developers passing along public user IDs to third parties. We’ve discussed the article’s claims already here and here. LOLapps, in any case, was shortly reinstated.

Now, Facebook has come back with a more substantial penalty for LOLapps: a six month suspension of access to all viral channels. Users won’t be able to make wall posts, send invitations, or share content to the feed within any of the company’s apps, with one exception, Ravenwood Fair.

Why? LOLapps appears to be one of several developers that purposefully sold user IDs to a third party data aggregator, an action that goes against Facebook’s developer terms of service. Facebook announced on Friday that it was blocking communication channel access for developers that sold data, but didn’t name names at the time. However, you can see the ban in action for yourself on games like LOLapps’ Critter Island, screenshot below.

As part of the Friday announcement, the company also said it was changing technical specifications around user IDs and tightening wording on its terms to prevent similar issues from happening in the future.

The suspension is no wrist slap for LOLapps. Communication channels are the reason that applications grow on Facebook.

Ravenwood Fair is the bright spot in the picture — released after the privacy scandal, it has become LOLapps’ fastest-growing game this year, already gaining 1.7 million monthly active users, according to AppData. Facebook may have spared the game because it was released after the issues had occurred, to avoid the appearance of outright destroying a game developer, or some other reason.（source：inside social games）