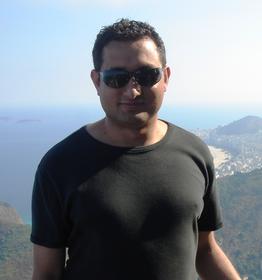 As part of its drive to make social games a central part of its network, MySpace is launching a new program called Games Lab today, in which it will invite game developers to work in its Seattle and Los Angeles offices alongside MySpace employees for weeks at a time.

Games Lab is the result of a collaboration between MySpace and Playdom, as well as a few other social gaming companies, according to MySpace’s brand-new head of its gaming platform, Manu Rekhi.

“The typical relationship involves an evangelist, but we’re trying to get developers behind closed walls and make sure we have the right level of communication, rather than playing a game of whack-a-mole,” Rekhi says. “We’ll have developers come in in waves, and plan it out so that we have a strong ongoing relationship.”

MySpace has been working hard to get social gaming companies to focus in on its platform instead of devoting all their time to Facebook. While talking to us, Rekhi was careful to distinguish MySpace as a place to discover new content, while defining Facebook as a place to keep in touch with old friends — an angle we’ve also heard from smaller social networks like Tagged, which is also pursuing social games.

One key to that, of course, is making the MySpace platform substantially different. With Games Lab, they might actually succeed in doing so; Rekhi says that his developers are hard at work finding ways to customize the platform for users. The company has also employed a social scientist to help design around users.

Developers coming in to work with Games Lab will stay for four to six weeks, spending 70-80 percent of their day on their regular work and the remainder working with MySpace developers, according to Rekhi. The program is already open and, he says, has “plenty of space”.