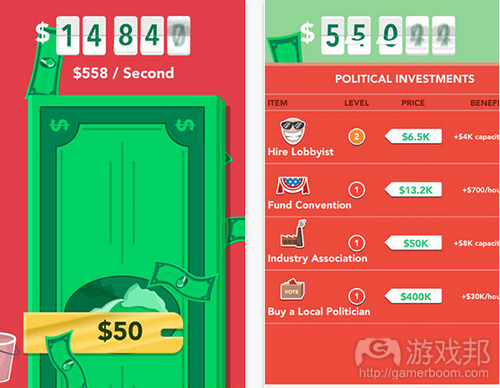 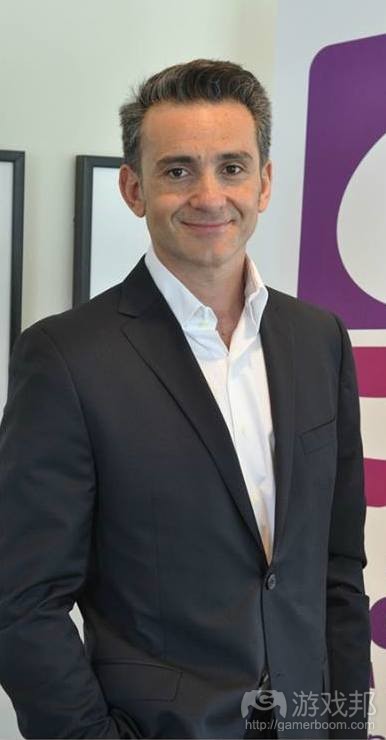 Developers on the App Store can now give away in-app purchases using promo codes, with EA’s Real Racing 3 the first game to make use of the apparent rule change.

While Apple is yet to publish any statement regarding this shift in approach, 148Apps.com editor Jeff Scott spotted EA was in the process of giving away redeemable codes for a “Handful of Gold” in-app purchase as part of a promotion, worth $1.99.

The code can be utilised even if the user in question doesn’t own the game, with the App Store automatically installing the title on the consumer’s device once it has been applied.

Developers have long been able to give away promo codes for paid games – a particularly useful tool when it comes to getting code in the hands of early testers, or pushing the title out for review.

The addition of codes for in-app purchases should grease these wheels further, even though Apple’s own developer guide is yet to reflect any change.

Indeed, it’s currently unclear as to whether this is change lobbied for by (and currently only available to) EA, or if Real Racing 3 is simply the first game to make use of the new approach.（source：pocketgamer）

Storm8 isn’t a household name yet, with generic games like Candy Blast Mania and Farm Story. But the mobile publisher’s games have been played by more than 400 million users over the past five years, according to chief executive Perry Tam.

The company has hit that milestone even though it hasn’t had big-name hits like Supercell’s Clash of Clans or King’s Candy Crush Saga. But Tam said in an exclusive interview with GamesBeat that the company consistently has six titles in the top 100-grossing games on iOS, and it currently has seven such games. Overall, he says Storm8 is in the top 10 in terms of the largest publishers on the top-grossing ranks in April.

“We have doubled our gaming network to over 400 million users in the past year,” Tam said. “We’ve been around for five years, and I’ve been extremely excited about how we’ve done in the last year. We believe that is an exciting achievement, and we are excited about the future of mobile gaming.”

Redwood City, Calif.-based Storm8 has about 50 million monthly active users, and it has 40 free-to-play mobile games on the market. It has been profitable for more than 20 quarters, and its revenues are high enough to support a staff of 250 employees.

While it doesn’t have blockbusters, it has successful games that come out of its portfolio approach. Storm8 consistently publishes about one game a month, and it plans on launching 12 this year. The company’s game studios shift resources back and forth, with team sizes ranging from less than 10 to as many as 50. They make games across genres but focus mostly on casual titles. Popular titles include Dragon Story, Bubble Mania, Jewel Mania and Bingo!.

“We can shift resources easily within the company,” Tam said.

The reason that Storm8 can make money is that it cross-promotes its games to gamers in its network. As players get into one game, they welcome pitches of similar games from Storm8. That allows Storm8 to get a lot of users for free, giving it a leg up on smaller rivals who face daunting user acquisition costs.

As for King and Supercell, Tam said, “They have done amazing things and created amazing games. We have huge respect for them. Our differentiator is our focus on promoting games across our network. We understand what our users want, and we try to triangulate on the games we want to make for them.”

Storm8 has made money since it was founded by Tam and other ex-Facebook employees in 2009, and it has never raised any outside funding. Many of its customers are overseas in Asia and in emerging markets, but a big chunk of users are from the U.S., Canada, Western Europe, and Australia.

“There are billions of users out there on mobile,” Tam said. “We want to keep building our network to encapsulate as many of them in as possible.”（source：venturebeat）

Be honest. If you had a stack of cash in front of you right now, you’d likely end up swiping it all into the air while yelling something like “making it rain.” It’s OK. You can admit it.

Well, for those of you who can accept that about yourself, you’re in luck. The latest mobile game sensation is Make It Rain, and it’s all about collecting cash, buying off politicians, and bringing down that sweet greenback precipitation (which is something it’s also doing for developer Space Inch games). It’s a free-to-play release for iOS and Android, and the object is to make money. You can accomplish this by swiping your phone like you are Lil Wayne in a music video. You can also automatically earn funds by spending your money on business investments, financial investments, or political (read: corruption) investments.

If all that sounds familiar, you’re likely a veteran of the inexplicably addictive Cookie Clicker or Clicking Bad web games. Those basic web releases had players doing nothing but clicking a mouse to make cookies or meth (depending on the game) and then investing that into upgrades that helped you make cookies or meth faster.

If that all sounds stupid to you, well … yeah. It is stupid, but that gameplay structure is making around $50,000 every day, according to Space Inch.

Make It Rain is currently one of the most-downloaded games on iOS and Android. It debuted in April, and it has already racked up more than a million downloads. And, like the arcade-style flying game Flappy Bird, Make It Rain kinda came out of nowhere.

“We had the idea for something based on money counting for years,” Joshua Segall, the cofounder of developer Space Inch, told GamesBeat. “And we started seeing other games out there that are really what we consider stripped down versions of Clash of Clans. Looking at that and Cookie Clicker, we could see that making investments is just a great basic gameplay mechanic. There are all kinds of games that do that in interesting ways. Cookie Clicker does it in a really stripped down way, and we though we could do that with our money idea.”

Make It Rain isn’t Space Inch’s first game, so when the developer decided to start making its money-swiper, it did so with the intention of feeding players into its existing puzzler Disco Bees. That game has you working with a field of hexagons (honeycombs) that you have to get rid of by matching up colors. Space Inch tooks its time designing and building Disco Bees, and it figured it could maybe get a few more players by putting out another, maybe inconsequential game that had a referral link built into it.

“We didn’t think it would be wildly popular — or even as popular as Cookie Clicker — but it is,” said Segall. “And we really didn’t even do anything.”

By “anything,” Segall is talking about marketing. His studio spent $10,000 producing Make It Rain, and then they put only $1,000 toward “acquiring players” when it launched last month. Then Space Inch just let it go … only to find it rapidly climbing the charts weeks later.

With the downloads came the money. Segall confirmed that Make It Rain brings in around $50,000 from advertising and in-game purchases every day. But how did it even reach this level of success in the first place?

When a game starts finding viral success like this, it’s hard to figure where the downloads are coming from. And while Segall and the team at Space Inch don’t know for sure, they think the Make It Rain caught on with a college-age crowd.

“It’s the kind of thing where it’s just abnormally viral, which means that whenever a person is downloading it, they are probably telling a friend,” he said. “When we spent that $1,000, maybe we got 1,500 to 2,000 installs, and they were talking to their friends — which led to us getting more than one extra organic per person.”

Segall also thinks that game is getting lots of old-fashioned word-of-mouth marketing.

“I think the players are physically sitting next to each other, and I think a lot of it is that we targeted people in their early 20s who are around their friends a lot,” he said.

While the studio didn’t invest heavily in marketing, Make It Rain does offer players the opportunity to double their earnings rate if they share the game with two friends. And Space Inch is still trying to feed its new players into Disco Bees with a similar offer for anyone who installs that puzzle game.（source：venturebeat）

Disclosure: The organizers of the Videogame Economics Forum paid my way to France, where I participated in a couple of conference sessions. Our coverage remains objective.

Alain Tascan built a great reputation in gaming as the founder of two major development studios for two of the top game publishers: Ubisoft Montreal and later EA Montreal. But he should also be remembered for the humane way in which he closed his most recent company, Sava Transmedia. He told that story last week at the Videogame Economics Forum in France.

Tascan’s Ubisoft Montreal has become one of the biggest console game developers in the world, making hit titles such as Assassin’s Creed. But by 2011, he was finished with the big leagues. He started Sava Transmedia, a social and mobile game studio that received a lot of media attention.

The company failed to get enough users and revenues. But before it reached that point, Tascan warned the remaining employees: He told them he would find them employment if the next release failed. And when the last game did indeed fail, Tascan lived up to his promise and found every employee a job.

“I can say candidly that it was a very humbling experience and that I wasn’t fast enough to embrace and understand the mobile and social world coming from a traditional big-budget console background,” Tascan said in an onstage chat with John Stokes, cofounder of Real Ventures and the Quebec Venture Capital Association.

“This goes to the passion to do something different,” Tascan said. “In console games, it is very difficult to take risks. I felt this startup was something that was creatively interesting. I wanted to do mobile games. I was really wrong.”

The company released a number of mobile products, including Rubber Tacos, Treasure Tower Sprint, Flip Chip Poker, and Flip Chip Slots. Tascan said he found it was very difficult to convert console-game-development talent to mobile and social. Such talented employees can create great titles, but they may still fail completely in properly launching a mobile business, which has different methods for acquiring or monetizing players.

176 developers with $600 million in annual revenue told us how they monetize games:

Stokes said he had a lot of respect for how Tascan closed his company.

“It takes more courage to close a company than it does to start one,” said Stokes. “There are people who would start companies, but I wish they would shut down and release the talent back into the pool.”（source：venturebeat）

Creative developers have used YouTube’s annotation feature to create choose-your-own-adventure video games on the platform for years, but Blades of Excalibur is a bit different — it’s a real-time action Flash game running on a YouTube page.

The preview version is a simple side-scrolling beat-em-up with keyboard controls in which you can either play through a simple single-player story mode or fight other players in real-time via an arena mode.

The full game, which is actually a localized version of the Chinese F2P web game Three Kingdoms Action, will be released in the U.S. sometime next month as part of Kabam’s initiative to fund foreign developers of popular games who wish to bring their work to Western markets.（source：gamasutra）